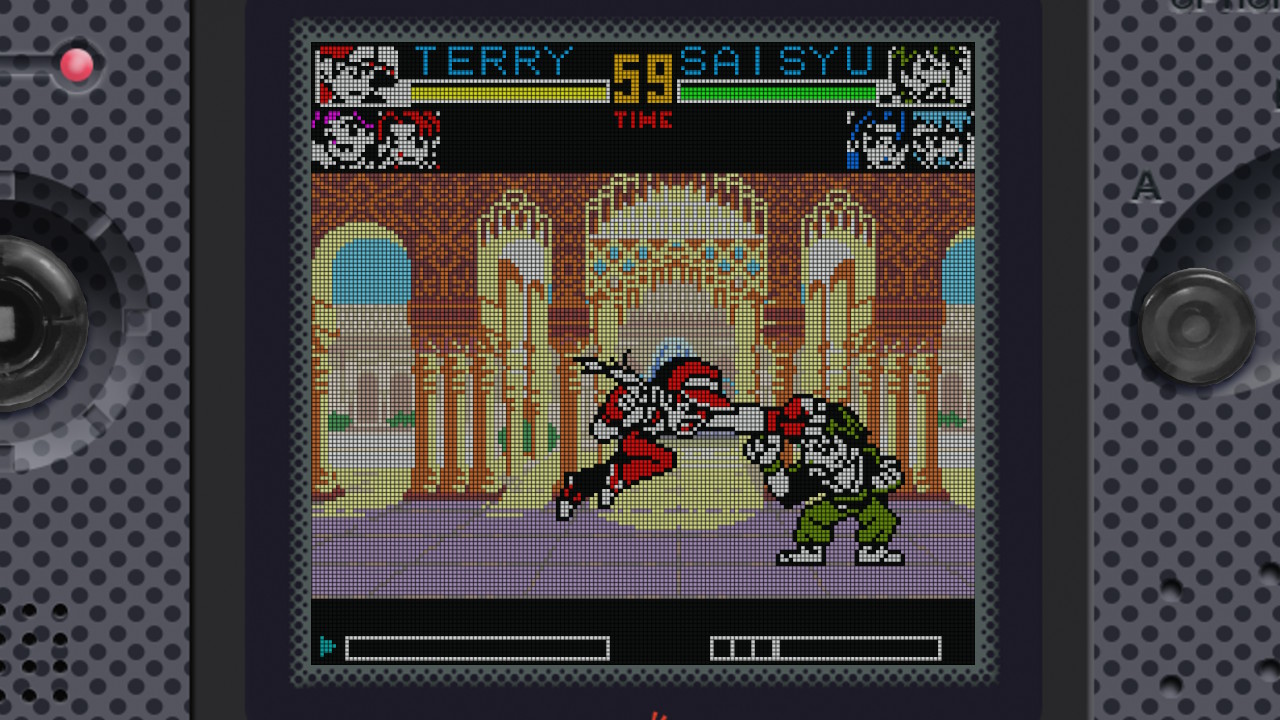 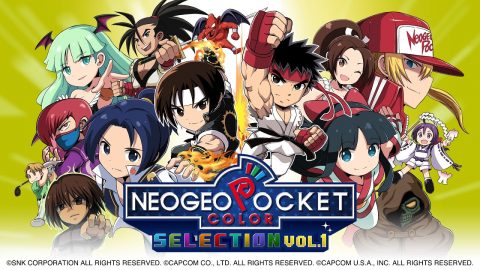 While the Neo Geo Pocket Color was trounced by the Game Boy Color when it was initially released, it’s seen a resurgence thanks to emulated versions being re-released on the Switch. A few of these have seen individual releases, but NeoGeo Pocket Color Selection Vol. 1 is a compilation with ten games, including all previously released games and some additional ones. The titles are (with links to other HG101 reviews):

Six of the ten games on this compilation are fighting games – they were SNK’s specialty in the 90s, after all! They’re all pretty similar, offering super-deformed characters with a cutesy art style. The controls have been simplified for two buttons, for punches and kicks, with the strength depending on how long you hold them. They don’t quite feel as good to play as on an actual console, since the Switch lacks the satisfying clicky-stick, and the attacks feel a little spongy, but otherwise they play fairly well. Most of these titles have an arcade counterpart, and a few of them are crossover titles too. 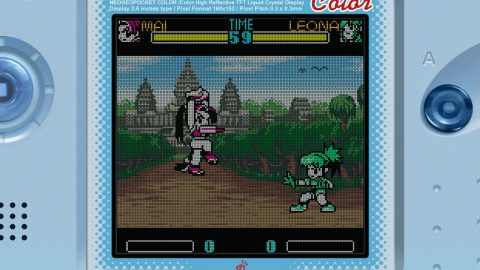 A 2D fighter featuring an all-woman casts from various games, including Mai, Athena, Yuri, Shermie, Whip and Leona (Fatal Fury/King of Fighters), Nakoruru and Shiki (Samurai Shodown), and Akari (The Last Blade). Unique to this game (kind of) are Miss X (Iori in drag) and Yuki (Kyo’s girlfriend, typically a background character). It also features equippable items that can have various effects. It saw a spiritual successor in the form of SNK Heroines: Tag Team Frenzy in 2018, though due to various issues with that game, this portable game is actually the better title. 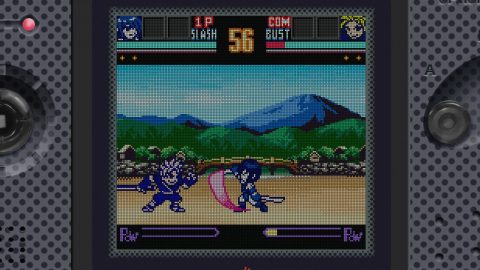 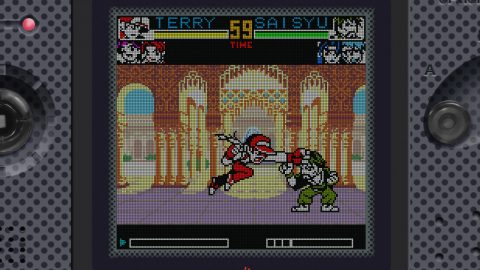 This mini King of Fighters game is decent, but lacking in the more interesting themes of some of the counterparts in this collection. 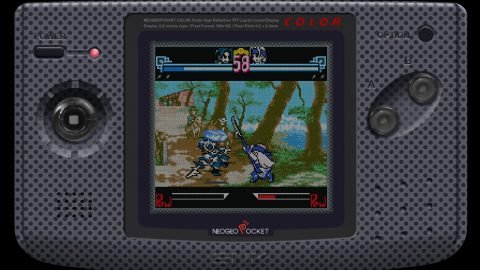 The Last Blade: Beyond the Destiny

Superficially similar to Samurai Shodown, particularly due to its Japanese setting and focus on weapon-based play, it’s still different enough to stand out. This version includes a shop that you can spend points on to unlock characters and other bonuses. 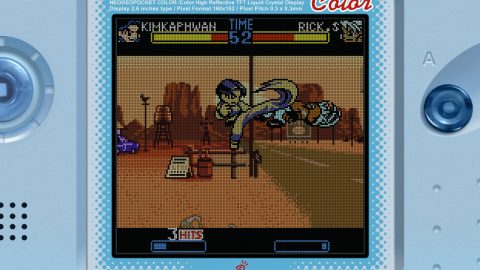 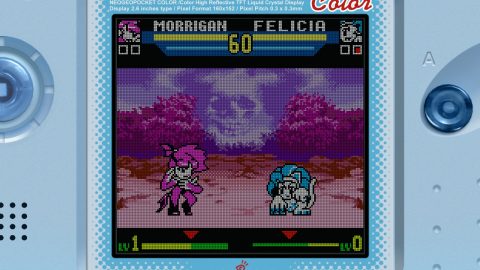 SNK Vs. Capcom: The Match of the Millennium

The portable counterpart to the first SNK vs. Capcom game, the roster is split between King of Fighters characters (plus Nakoruru and Akari) and Capcom fighters, mostly from Street Fighter II but also Dan (Street Fighter Alpha) and Felicia, Morrigan and BB Hood (from Darkstalkers).  With 26 characters, it’s also the largest roster of any of the NGPC games. There are several minigames as part of an “Olympic” mode featuring other Capcom/SNK characters, plus a point system where you can unlock additional characters. This is actually a more robust set of characters than its big brother counterpart, and is actually a better game overall. It’s also a “best of” soundtrack of various Capcom and SNK themes but re-done using the PSG sound of the NGPC (which sounds a lot like a Master System), making it a bonanza for chiptune fans. 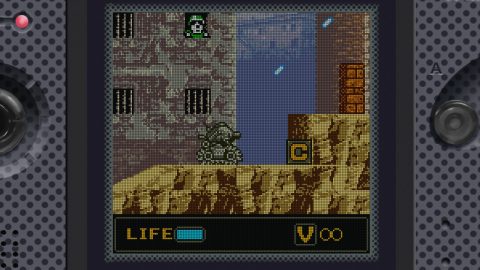 The big draw of the Metal Slug games is the gorgeous pixel artwork, which obviously isn’t going to come through on an 8-bit portable machine. But the designers did a pretty good job adapting the run-and-gun action to the format. You have a life meter, though only a single life. The levels are shorter, but there are many more of them, about seventeen in total. There are also various routes through the game, with your performance in one potentially affecting the next. There are plenty of vehicle focused sections, too. While the sprites lack color, they still have the personality of the Neo Geo games. Tossing grenades requires hitting the Option button to toggle, which isn’t great, but otherwise a solid game. 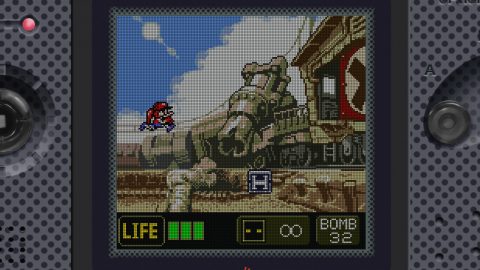 An improvement over the first, this game offers two playable characters, Gimlet and Red Eye, with different equipment and slight level variations as they face off against an alien menace. There’s plenty of digitized speech, even though it slows the game to a crawl, and the Option button throws grenades instead of toggling. The number of levels has been nearly doubled from the previous game, too. Again, pretty decent stuff. 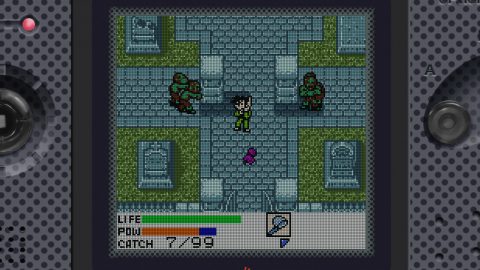 Beast Busters was a light-gun game that first originated on pre-Neo Geo SNK hardware (which was included on the SNK 40th Anniversary Collection), with a sequel for the Hyper Neo Geo 64 (unported). Dark Arms, however, is an overhead action-RPG, and is related in name only. You explore levels, kill enemies, and find items to upgrade your guns. At the outset, it’s a little annoying since your gun has an energy meter that limits your firing capability, but equipment can be upgraded easily, which makes the game a cinch. Unlike everything else on this collection, it doesn’t have a proper console/arcade counterpart, at least it provides a unique experience. 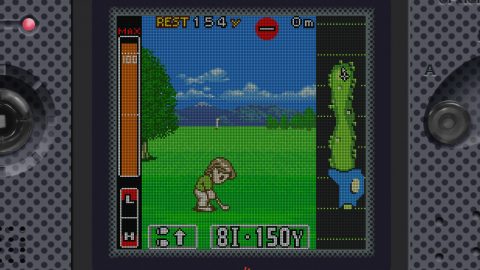 This is actually an alternate name for the popular Neo Turf Masters golf game. There’s not a whole lot to say about it, but it’s pretty darn good for a golf game, offering six playable characters and three courses (missing one from the arcade version). 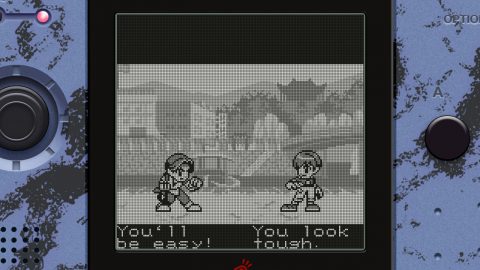 These ports were developed by Code Mystics, the same team behind a number of the other Neo Geo ports on the PlayStation 4. They’re solid emulations, presenting each game using a frame as if it were an actual Neo Geo Pocket Color console, complete with filters that mimic the dot matrix display. For the games that support the original Neo Geo Pocket model, you can play the game in monochrome, plus there’s the ability to play either English or Japanese ROMs. You can’t directly save or load games, but there is a generous rewind option, plus the game autosaves a bookmark when you leave, so you can resume progress when you come back. Also included are scans of the packaging as well as each game’s entire manual. It’s all very well put together.

Despite leaning too hard on fighters – which makes sense, considering they were some of the best games on the platform – this is a solid collection. It does beg the question of what exactly could be featured on a potential Vol. 2, though. The most notable absence is Card Fighters Clash, one of the best games on the system, as well as the strategy game Faselei or the unusual submarine RPG Dive Alert. Outside of those, there’s a lot of puzzle games, titles from third parties (Sonic Pocket Adventure, Rockman Battle & Fighters, Cotton), many puzzles games (Magical Drop, Puzzle Link, Bust a Move), and Japanese-only oddities (Cool Cool Jam or Ganbare Neo Poke-kun). At any rate, it’s cheaper than buying all of the games separately on the eShop, so it’s a decent value too.