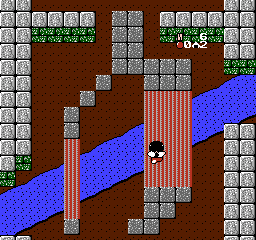 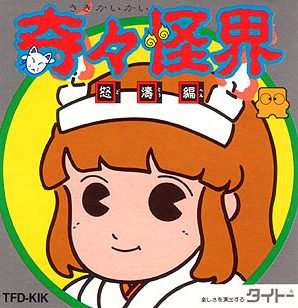 Often mistaken for a port, Kiki Kaikai: Dotou-hen is instead the franchise’s black sheep, an ambitious but curious mixture of the original game with the structure of The Legend of Zelda and the eccentricities of games like Castlevania II: Simon’s Quest. Released as a Famicom Disk System exclusive, Dotou-hen takes the same story and bosses (with a few new ones at the end) from the arcade original and asks players to do a lot more legwork. Instead of linear levels, the player now needs to traverse an overworld that connects eight dungeons together. There’s no map to indicate where to go, corridors can loop endlessly or warp you somewhere unrelated, and the environments all look the same, making it easy to wander aimlessly. To make matters worse, a day/night cycle has now been introduced and if the player takes too long, their game will end prematurely. This is unlikely to happen, but it adds another layer of obfuscation onto an already intimidating game. 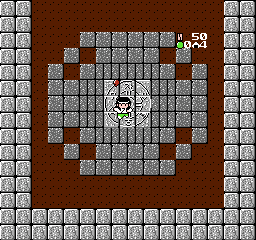 Dotou-hen also serves as the first game in the series to offer multiplayer, though it involves alternating turns and not simultaneous play. Introduced here is the shrine maiden Miki, the Luigi to Sayo-chan’s Mario. Her attributes are exactly the same and the two don’t share items or progress, so her addition doesn’t add a whole lot. Once the series makes it to the Game Boy Advance, Miki becomes known as Becky outside of Japan. Miki is based on Japanese idol Miki Ito, who was hired by Taito to perform in commercials related to Dotou-hen.

Your abilities are the same as in the arcade game, but the introduction of an economy greatly changes the way you play. Sayo-chan’s ofuda are now limited and need to be reacquired from defeated foes. Not all foes drop equivalent amounts of ofuda and if she runs out, she’ll need to rely on her gohei. Ofuda also serve as the game’s currency for the newly added shops, which are located in buildings guarded by rokurokubi. Shops allow you to buy crystal balls, units of health (you can take up to six hits now), and power-ups like a shield that prevents damage until it breaks and stronger red ofuda that last until you take damage. 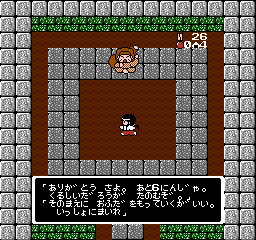 Saving your game is also done at shops and requires ofuda, meaning that broke players will need to scrounge up enough ofuda so as to not lose progress. This change makes for a contradictory gameplay loop, one where players will find themselves running past enemies in order to conserve ofuda for purchases and fighting bosses. Like the game as a whole, it’s an interesting idea that tends to be more tedious than enjoyable, but is not without its charm. 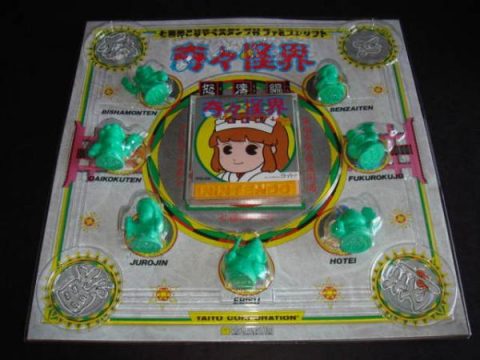 The game was released in a special package with a set of figurines of the ghosts. As to be expected, finding these all together on the aftermarket is quite expensive.