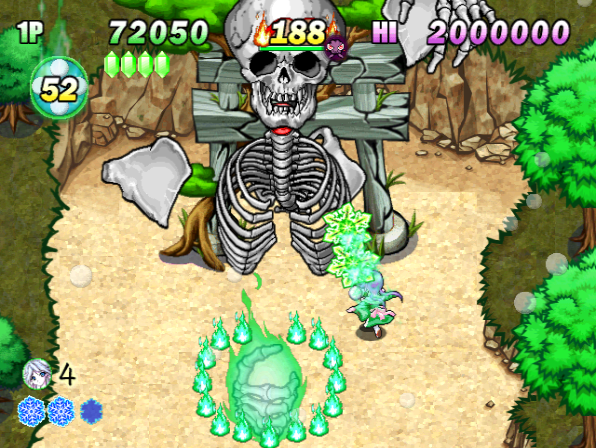 Between two of the best games on the SNES and a decent GBA outing, the Kiki Kaikai series was looking to be in good shape for the foreseeable future. But things changed quickly – come 2005, Square Enix announced that they would be buying Taito. Naturally, corporate buyouts seldom end cleanly and in a way that lets the purchased company act as they were, and so Taito could no longer lend out their licenses without permission from Square Enix. This was a problem for Starfish, the developer that was currently working on a Kiki Kaikai sequel for the Wii and PlayStation 2 called Kiki KaiKai World. According to a spokesperson from publisher UFO Interactive, Square Enix had issues with the project and forced them to scrap it. Instead of leaving it at that, Starfish decided to recreate the game as a “spiritual successor” with similar ideas and imagery, just without the Kiki Kaikai license. The resurrected project would now be called Heavenly Guardian in North America, Legend of Sayuki in PAL regions, and Yukinko Daisenpuu: Saiyuki to Koyuki no HieHie Daisoudou in Japan. Though the desire to make something worthy of the Kiki KaiKkai name was there, Heavenly Guardian is nowhere near the illustrious standards set by the SNES games and is a tedious ordeal to play through thanks to some downright audacious design choices and a lack of polish that makes for unfulfilling action. 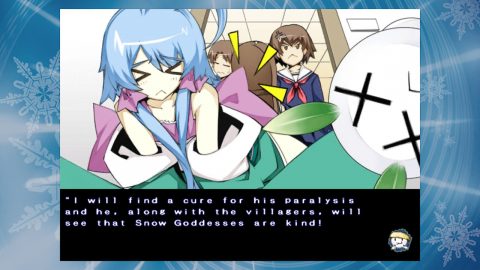 Heavenly Guardian tells the story of a snow goddess called Sayuki that has a crush on a boy from the local village. However, the boy has been recently afflicted with a curse that keeps him in a deep sleep, preventing Sayuki from getting to see him. Thus, she takes it upon herself to research the curse and discovers that it can be cured with a concoction made up of eight different ingredients, serving as all the reason she needs to embark on a dangerous journey. While there’s a glimmer of an interesting idea, namely in how snow goddesses are shunned by society and how Sayuki seeks to fight against that prejudice through her tragic romance, there ultimately isn’t much to the story and it suffers from a pretty shaky localization. What really sets it back is the fact that the game pulls a Ghosts ‘n Goblins and makes you complete the entire game twice to see the ending. Once you have the first cure, you learn that the boy wasn’t actually cursed, but was instead paralyzed, which requires a completely different cure! If you’re playing in co-op, the story is entirely different – Sayuki and her sister Koyuki are competing in the yearly snow goddess beauty contest to see which of the two is more beautiful, and to do that, the two must compete in a ghost destroying race that takes them through the same route as the single player story.

Though Heavenly Guardian remains firmly in run-and-gun territory, it’s a rather different experience compared to Kiki Kaikai. Sayuki has no melee attacks whatsoever and instead relies on snow abilities to keep projectiles and foes at bay. By defeating snowmen or by freezing enemies before you shoot them, you’ll obtain snowballs that can be used for two different attacks. Five snowballs can be spent to create a gust of icy wind that’ll freeze anything caught in it, and 20 snowballs will have Sayuki’s snow rabbit pet Toto home in on enemies and freeze them for her. These abilities can freeze both projectiles and enemies, allowing you to eliminate them easily and earn some snowballs back. Bosses can’t be completely frozen, but using snow abilities on them will slow them down and make them take more damage temporarily. If you can freeze large batches of enemies and/or projectiles and destroy them quickly, you’ll earn a combo for more points and more snowballs. This loop of using your abilities without hesitation to maintain control over your opponents while also keeping your snowballs topped off is the most successful part of Heavenly Guardian as it presents a unique dynamic that encourages resourcefulness over hoarding. 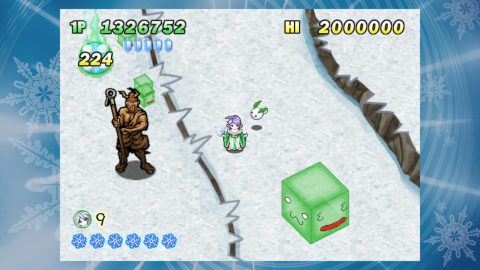 Your standard projectile works the same as the ofuda in the previous games, but the other types of projectiles include a homing shot, a spread-shot, and bomb shots that explode upon contact. Coincidentally, these are the same power-ups as the ones unique to each character in Pocky& Rocky with Becky! You can upgrade your current weapon by grabbing colored crystals that match the weapon you’re using up to five times, which makes your weapon go from a pathetic peashooter to something that can actually do some damage. While upgrading is always an empowering thing in these kinds of games, it feels far too necessary to have any fun here. At the starting level, anything that isn’t the default rapid shot is either too slow or too weak, and even at max power, a lot of enemies can take a surprising amount of punishment. You can earn health extensions too, allowing you to take up to eight hits, but getting a game over will take these away from you, potentially putting you in a bad spot come late-game. Bosses are arguably the most interesting part of the game, including the likes of a mirror that creates Sayuki clones and a banshee that can reverse your controls, but none of them are particularly tricky and require dozens upon dozensin between repetitive patterns to defeat. Worse yet, a boss rush in the eighth level makes you fight every boss again, meaning that you encounter every boss except the last one four times before you see the ending!

Heavenly Guardian maintains the 2D style of its inspiration, but the execution isn’t nearly as cohesive or charming. Heavenly Guardian combines familiar yuokai with creatures that would fit in with the likes of horror movies, including mummies, witches, and Jack-‘O-Lanterns, and then combines that with seemingly random things like gelatinous cubes, creating an odd mixture that never really fits the initial snowy village theming. The sprites also vary in quality to surprising degrees, with some enemies looking great and others looking like they were drawn for an entirely different game and inserted here. Early screenshots of Kiki Kaikai World looked to have much stronger art design and a stronger focus on the Japanese folklore theme like the previous games, so it’s likely some ideas and designs had to take hits once the initial project was scrapped and the budget was cut.

Heavenly Guardian could have been called the tragic end to a once great series, seeing as how it was technically the newest Kiki KaiKai game for 15 years, but with Pocky & Rocky Reshrined, it no longer has such an unfortunate distinction. Instead, it’s a noble but ultimately unimpressive attempt to carry on the Kiki KaiKai torch long before the days of crowdfunding and the indie boom would have made such a thing easier to accomplish. Alongside the arcade game, it’s the most widely available entry since it got a port to Steam, PlayStation 4 (only in Japan), and the Nintendo Switch by the name of Snow Battle Princess Sayuki, but in the face of Reshrined, it’s difficult to recommend.