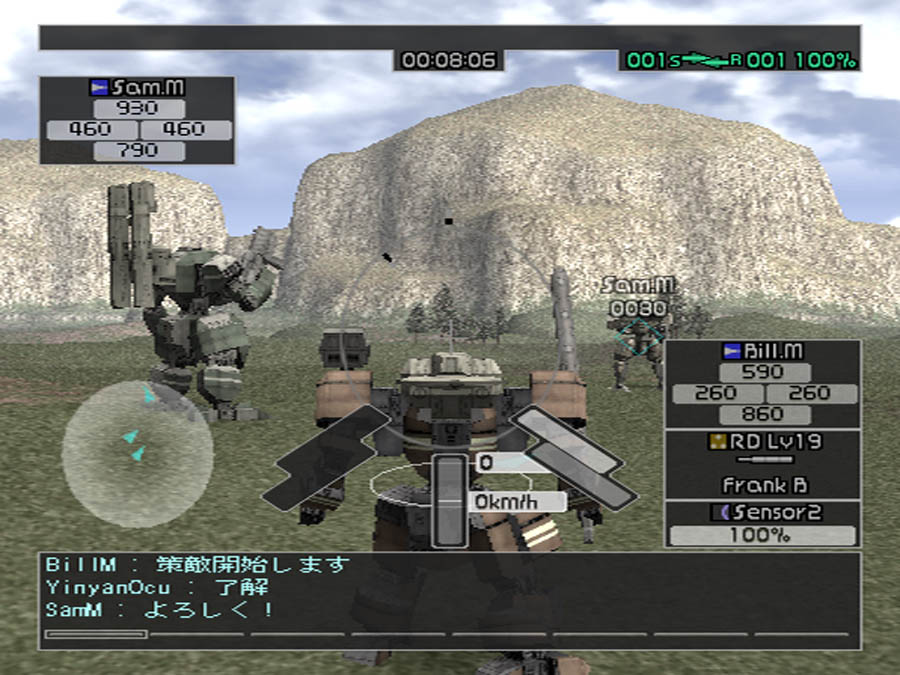 During the unveiling of the Front Mission Project, one particular product captured the interest of many: Front Mission Online. Released in 2005 for the PlayStation 2 and the PC, the game is a massively multi-player online game (MMOG) spin-off. It was officially ended on May 31, 2008.

Even though it’s an MMOG, Front Mission Online does have a storyline and is a canon entry in the series. The game takes place during the entire 2nd Huffman Conflict, from its outbreak in 2090 to the final day of the war. The player takes part in the war from either the OCU or the USN side. Due to its nature as an MMOG, special story campaigns were released on a monthly basis that reveals how the war progressed. These campaigns featured cut-scenes with the game’s characters, with English voice-overs, that were relevant to the story. Over its three-year run, many characters from the series appeared in these campaigns, such as Roid Clive of the original Front Mission. 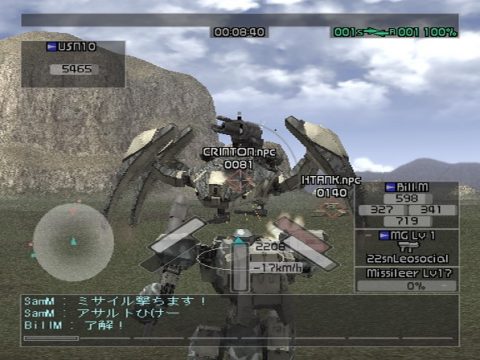 Front Mission Online and 4 share the same graphics engine, so there are no changes. MMOGs aren’t built for graphics so this isn’t a big problem. Yusuke Naora handles Front Mission Online‘s art direction and is assisted by Yoshitaka Amano, who produces some promotional artwork for it (like the game box’s front cover). Unlike the previous entries, the visuals are completely in 3D. Character creation exists and the player can make their own characters as they see fit. As one would expect, Front Mission Online‘s main characters are more detailed than others. Hidenori Iwasaki handles the game’s music and aside from some new pieces, most of it are arrangements from earlier games. The lion’s shares of these are from Noriko Matsueda’s work in Front Mission 2 and unlike the other remakes, sound better than the original. Sound effects are exactly the same as in Front Mission 4 though. 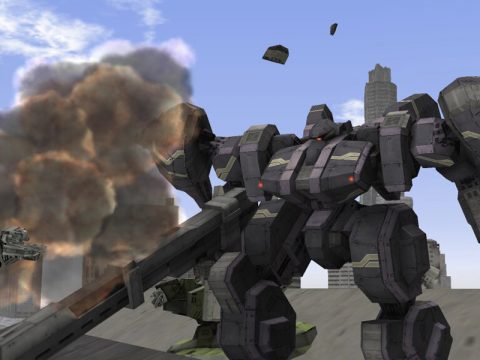 Describing Front Mission Online can be summarized into one statement: it’s Front Mission, third-person shooter (TPS) style. Like Armored Core, players control their wanzer’s actions directly, from movement to attacking enemy units. Unlike Armored Core, the game puts a lot of emphasis on teamwork in such a way that it retains Front Mission‘s strategic elements. Team balance and cohesion are far more crucial than individual skill and setup to winning the game’s battles. A job system is in place and it acts more like the one in Front Mission Alternative; there are no randomly activated skills, but each role has its own unique abilities (Missileers get abilities for quicker missile lock-on). Outside of the battlefield, players can customize their wanzers, buy accessories for their characters, participate in Arena matches for money, form teams with other players, or even defect to the opposing side. 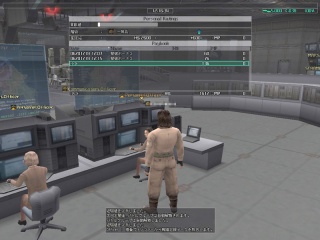 Front Mission Online is an interesting spin-off that finally allows the player to experience the action in real-time. It has a lot of traditional elements from MMOGs such as character creation, Player-versus-Enemy (PvE) and Player-versus-Player (PvP) battles. At the same time, it tries something that most MMOGs don’t do and that’s having a story-based experience like in single-player games. The game was extremely well balanced and stayed as such throughout its three-year run. Every job was vital to the success of a team and there were no roles that dominated all others or broke the game’s balance. This was most evident during the story campaigns, in which as many as 50 players could be battling it out on an urban battlefield. In doing so, players were more like members of a big army rather than simply being players of the game. Since it was officially ended in 2008, Front Mission Online will sadly remain a Japan-only release.