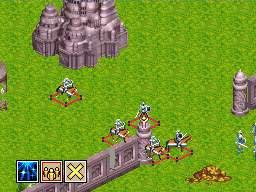 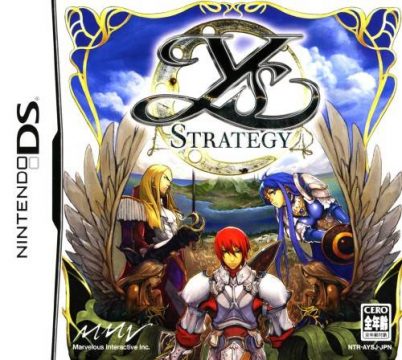 No one really asked for this, but here it is – a real time strategy game in the Ys universe. It sort of makes sense – the genre isn’t exactly popular in Japan, so what better way to hook gamers than with a semi-popular franchise? The story focuses on a young, red haired swordsman named Abel Renford, who allies himself with the Esteria kingdom. Joining forces with Princess Rione, it’s up to your army to defend the neighboring lands from the invading Romun Empire. The world of Ys always had a rich storyline, so seeing it expanded is interesting. You’ll meet characters from Xandria and Afroca from Ys V as well.

For the most part, the game is exactly like Warcraft. You command peasants to harvest three resources (food, wood, and Cleria, Ys‘s fancy word for ore), build up your town, start producing soldiers, and then eventually move in for attack. There’s actually a reasonable amount of depth, including three primary food soldiers (swordsmen, archers and spearmen), magicians, monsters and hero characters, as well as the ability to upgrade structures and abilities. The bottom screen is where the action takes place, and the entire game is controlled with the stylus. The upper screen shows a map and various unit information. There are multiplayer options for up to four players, although each person needs their own copy of the game, and there isn’t much in the way of customization options. 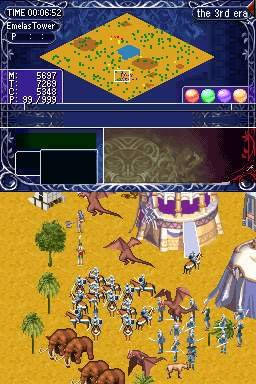 The only problem is that it’s slow – really slow. Peasants shuffle about their chores. Soldiers meander across the battlefield. Scrolling is painful – the only way to move the viewpoint efficiently is by clicking L to bring the map to the lower screen, touching the destination, then switching back to command the characters. The action grows even choppier when lots of characters are on the screen. Additionally, trying to give out orders in the chaos of battle is a nightmare, as it’s extremely difficult to pick out individual units. There’s also an option to manually take control of hero characters and move them around with the d-pad, but it’s terribly clunky. On the other hand, directly controlling a hero results in a major strengths and speed boost, which completely breaks the difficulty balance. The storyline unfolds with incredibly long, boring, and unskippable cutscenes. There’s nothing about this game that isn’t extraordinarily sluggish.

The visuals are pretty awful, with tiny, undetailed characters and boring landscapes. The new art style isn’t too bad, but outside of the small character portraits and tiny art gallery, they don’t add much. The music is closer to Fire Emblem than traditional Ys, and relies mostly on the same few orchestral and electric guitar samples for practically all of the songs. There are a few good tracks, but they’re stretched way too thin (there are over seventy songs listed on the sound test.) Overall, Ys Strategy isn’t entirely unplayable, and it’s nice to see a real time strategy game on the DS. But prepare to have a lot of patience if you expect to get anything out of it. An English version was released in Europe, but it never made it to North America, for good reason.