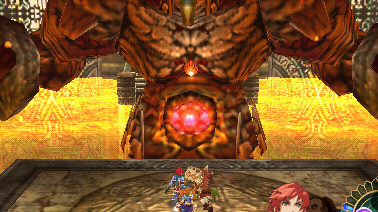 After taking a detour with The Oath in Felghana and Ys Origin, Falcom finally returned to the ongoing story of Adol with Ys Seven in 2009. Like most of his adventures, it begins at sea, as our heroes land in the country of Altago, which is the equivalent of Carthage. The land is being ravaged by numerous pestilences – disease, earthquakes, gigantic monsters known as Titanos – and Adol is, naturally, the chosen one to explore the land and discover the five dragons that can set things right. Things go amiss somewhere along the line, as Adol and company end up on the wrong side of the law, having to fight against those whom they are trying to save.

Ys Origin introduced multiple playable characters, but Ys Seven goes several steps further by expanding the roster significantly and making several characters active companions on Adol’s quest. This is the first game (outside of the Japan-only mobile games) where one can actually play as Dogi, which long time fans should enjoy. Geis from Ys VI also makes an appearance, and while he’s antagonistic at first, he later joins the group and guides the party through the rest of the journey. The rest of the characters, however, are new. Due to the multiple party members, the ability to use healing items during boss battles (which was present in Ys VI but removed from Felghana and Origin), and a function to save practically anywhere, it’s also quite a bit easier than previous outings, although there are various difficulty levels to provide more of a challenge. 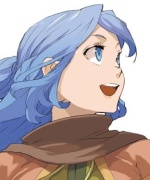 A young girl who takes care of the people in the slums. She adopts a young orphaned mute girl named Maya. Her blue hair is meant to resemble Feena and Lair’s from the original games, suggesting there is something more to her, but it’s probably not what most would expect. 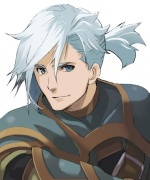 The Dragon Knights of Altago don’t take too kindly to Adol and Dogi, as the country itself is wary of Romun spies. Scias, on the other hand, is much more reasonable, and lends a hand when necessary. 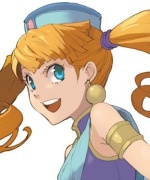 This bow-wielding young girl wishes to help Adol and Dogi for mysterious reasons. She’s actually the princess of the kingdom, and does a really bad job of hiding this fact. 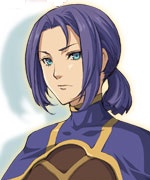 Aisha’s personal bodyguard, Sigaroon inherits her skills whenever she isn’t around. 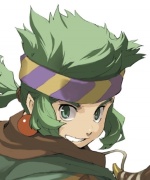 The grandson of the ruler of Shannoa Village, hidden deep in the forest. He seems like a bit of a brat, but he’s handy with his unique bladed weapon. 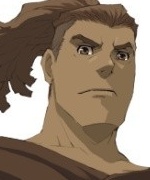 The chief of Segram Village, out in the middle of the desert. He wields a hammer and is a heavy fighter, like Dogi. 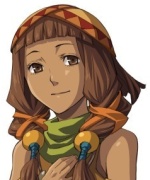 Mustafa’s sister. She suffers from the Iskan fever at the beginning of the game, but later gets better and shows off her fighting skills. Spelled “Crshe” according to the official Japanese documentation, but rendered as “Cruxie” by the XSeed localization team. It’s pronounced “Croo-she-eh.” 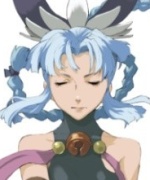 This blind priestess is head of the Kylosian village. She wields magic projectile attacks.

After publishing Ys Origin, Falcom found substantial success with the PlayStation Portable. While many of their releases were ports or remakes of their back library, Ys Seven represents their first original title for the platform. And it remained exclusive on the platform until various computer ports by third parties, with the Western version not being released until 2017. It’s not really a huge deal, though – the PC Ys games weren’t exactly on the cutting edge of technology, and it doesn’t really lose much visual fidelity on the translation to the small screen.

Ys Seven does run on a totally new engine, using gameplay systems significantly changed from the previous three releases. The characters are now polygonal as opposed to sprites, although they look significantly better than the models used in the PS2 version of Ys VI. The basic fighting works and feels quite similar. Rather than magic, each character has a variety of skills, four of which can be equipped at a time and mapped to any of the face buttons. These attacks use SP, which is gained by killing enemies. Similar to some of the Final Fantasy games, each weapon has an innate skill which can be used while it’s equipped. Repeated use will level it up, and allow the character to use that skill even without the weapon. Similar to the Burst functions from the previous games, there’s another meter which will let you pull off a super move when it’s fully charged up. The entire party shares the same SP and Burst meter, but they each have their own individual hit points.

More significantly, the jump button has been replaced with a dash roll. This means the platforming elements are completely gone, which makes the dungeon designs feel kinda flat compared to the previous games. However, it does add an extra layer of depth to the combat. There’s also a block button, as well as “Flash Guard・ maneuver, executed by hitting R in the middle of a block. In addition to negating the damage, this slightly refills both the SP and Burst meters, plus it grants guaranteed critical hits for a few attacks. If the timing for the counter is missed, though, the character takes extra damage.

The scope of the game has also been drastically expanded. The previous games have been fairly compact compared to typical JRPGs, with minimal equipment and journeys that last maybe ten or fifteen hours at max. Ys Seven now has dozens of different weapons, numerous skills, and a substantially longer quest that lasts twenty hours or more. It’s much more loot based, as enemies will drop various knick knacks, and there are harvest points scattered about the maps which drop materials, which can either be sold or used to forge new equipment. There are also several subquests to obtain from villagers to get even more items. The overworld is substantially larger than in any previous Ys game, too.

While all of this ups the “RPG” elements in Ys‘ action-RPG formula, in the end it all seems somewhat superfluous. There are really only three types of characters – light attacks, heavy attacks and projectiles, with each character taking on one of these roles. (Adol can equip various weapons to fulfill any of them.) Some enemies are susceptible to different types of attacks, which requires the player to keep them in rotation, but most of the characters of that type don’t play much different from each other. Dogi is similar to Mustafa, Mishera is similar to Aisha, and two characters are literally identical, to replace other members that leave the party. While most have their own skills, functionally they’re not all that different from each other – they’re all just attacks that can inflict some extra damage. The bosses have much longer life meters, so fights tend to drag on far too long.

This bloat also affects the story and the overall adventure. The plots of the previous Ys games have rarely been great, but at least they were brief. Ys Seven is much more verbose, and much of the story is either boring or predictable. After all, how many other RPGs feature dragons that signify various elements? It is reasonably self-aware and does either acknowledge or subvert Ys trops – Dogi, for example, acknowledges how lucky it is that their ship safely made it to port in the beginning of the game, given Adol’s luck with boats – but except for a few twists it’s really not enough. Thankfully, one can fast forward through any cutscene. There are numerous warp points on the overworld, which makes travel easier, but at the halfway point, you need to revisit all of the locations you’ve been to before, and conveniently, said warp points are disabled. Backtracking in a game like Metroid is fun because you’ve obtained new skills to find new paths and secrets. The world of Ys Seven is not so rich, resulting on the second half becoming somewhat tedious.

While most of the extra stuff is redundant and the game drags on in spots, Ys Seven is still a fantastic game. The graphics are decent for a PSP game and the music is easily the best the series has heard since its PC Engine days. It’s even faster paced thanks to the dash button, and the combat is a bit deeper too. It also marked the first game in Falcom’s partnership with XSeed, having been published in English in 2010. The limited edition release comes with a soundtrack CD and an artbook with work from Ys Seven, Ys: The Oath in Felghana and Ys Chronicles. 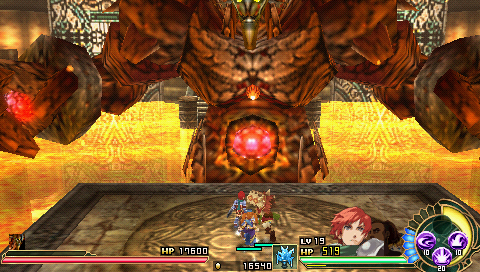 A PC version of Ys Seven was released exclusively in China. It’s identical to the PSP version, but runs in a higher resolution, so it looks somewhat cleaner. Unfortunately due to some draconian DRM, it’s very difficult for players outside the continent to run the game. Xseed released their own port in 2017, both on Steam and GOG, which not only runs in higher resolutions but also at a much smoother 60 FPS.