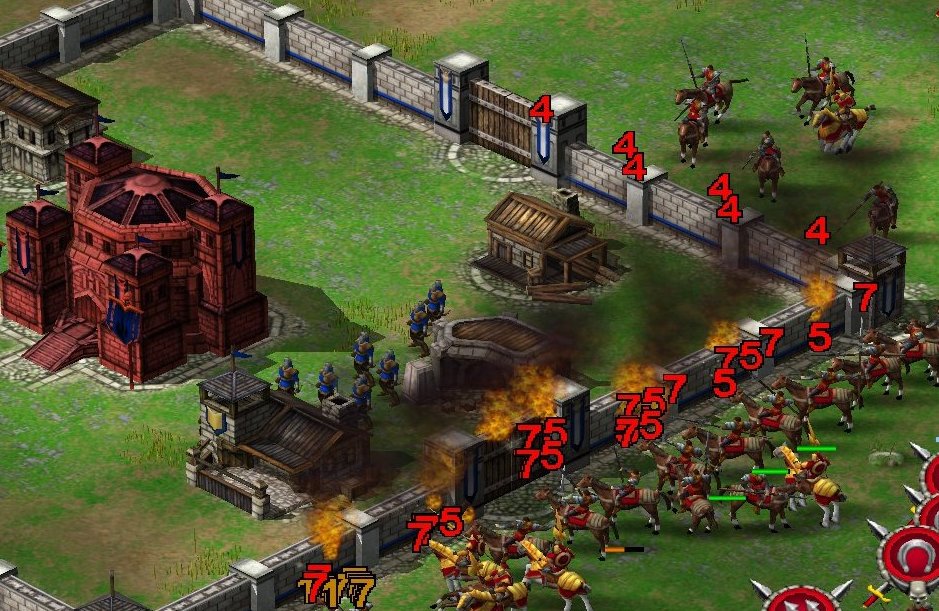 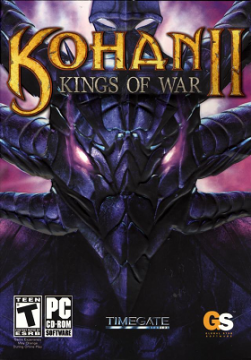 How does it feel to kill a god, Melchior?

My muscles ache. Nothing more.

The fully 3D Kohan II is a study in compromise. It moves much faster than its predecessors, and though the series’ newfound speed is exciting, battles lack the sweeping grandeur of Immortal Sovereigns and Ahriman’s Gift The rules of engagement are less strict than before, making in-battle retreat and redeployment now generally much easier. The single and multiplayer AI is more aggressive, challenging players to adapt to a much more demanding pace.

But the clearest (and prettiest) new feature in Kohan II is how cities are handled. The single-sprite settlements of the first generation are gone, replaced by fully modeled cities. Walls – from the golden stone walls of the dwarf-like Gauri, to the regenerating trees of the Haroun, to the demonic shields of the Fallen – are no longer optional, as every city gains them on their first upgrade. This looks great, and the new scale highlights heroes and architecture alike. Militia are definitely weaker, but it’s a lot of fun to see archers sniping over city walls at passing enemies. 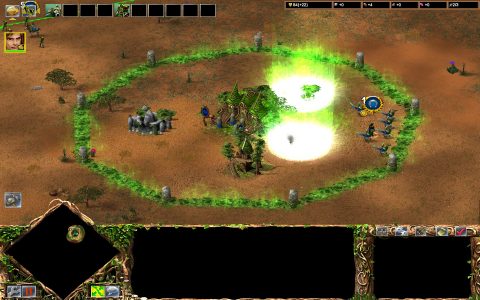 Khaldun’s six races are now far more distinct, although the influence of Warcraft III on some designs is undeniable. For reasons that are gradually illuminated in the campaign, the Ceyah have yet to recover their past glories – and as such, there are now two evil races, the Undead and the demonic Fallen. In multiplayer, races can be further customized by choosing a faction, which determines available Kohan and provides a simple buff to structures and units. The Undead represent a huge change in the rhythm of the game, as they heal outside of supply. When they debut in the campaign, it feels like cheating, but it’s nothing if not bold.

There’s a fine line between streamlining and simplification, and some features of the first generation are keenly missed in Kohan II. The freeform settlement system of Immortal Sovereigns and Ahriman’s Gift has given way to a “settlement point” system that dramatically reduces the number of cities on each map. Zones have been significantly overhauled. Units still heal in the Zone of Supply, but mines in the field no longer need to near a city or fortification to provide resources. Pathfinding is much better, but traffic jams are sadly common after a city’s walls are breached.

Even as new siege engines, colossal demons, and reimagined units stride across the battlefield, Kohan II‘s vision of Khaldun feels somehow… thinner. Gameplay and scale play into that, certainly, but much of this is due to the absence of almost all flavor text. Although there’s room for it in the UI, heroes, units, monster lairs, and city structures are presented with mere statistical context – and a lot of tooltips, for that matter. Save for some elemental lairs in the campaign, structures in the field are defined not by the ageless evils within, but what you can get out of them – and most of the time, that’s only gold. Let’s compare a random lair description from Immortal Sovereigns with the most common text from Kings of War. 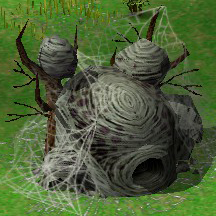 Defeat the inhabitants of this lair to be rewarded in gold.

It’s a subtle loss, but players that enjoyed Immortal Sovereigns and Ahriman’s Gift‘s evocative text and treasure-filled wilderness will be disappointed. And although some neutral structures award special support units, buffs, and resources as long as they’re held, Kohan amulets can no longer be found in the field. In fact, amulets are no longer a factor in gameplay – fallen heroes become ready for deployment after a short cooldown.

Is this system more streamlined and balanced, encouraging players to redeploy heroes quickly? Absolutely. Did dropping flavor text in favor of game-relevant information make the Kings of War UI less cluttered? Debatably. But the excitement of spending 50 gold to resurrect an unidentified Kohan amulet is gone, and Kings of War is weaker for it. 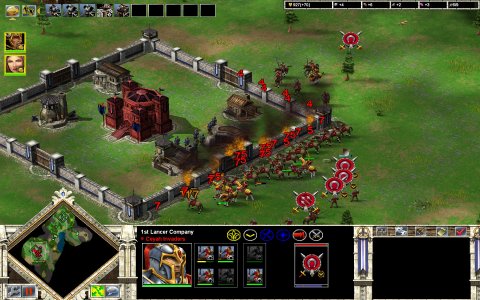 The campaign is fun, and it’s a hoot to see the unapologetic Ceyah Melchior forced to ally with the Kohan against the Fallen. It’s also quite satisfying to tear through human settlements as the near-invincible demon Abaddon; it’s unfortunate that standout moments like that don’t come a little earlier in the campaign. Voice work remains inconsistent, but production values are generally higher than before. Kings of War‘s 3D engine supports evocative unit designs, pretty spell effects, and reasonably cinematic cutscenes.

In the end, it’s clear that Kings of War is its own beast, and returning to Khaldun is a great deal of fun. Though they aren’t as common as in the first generation, mods and new multiplayer AI are available to extend your Kings of War experience.