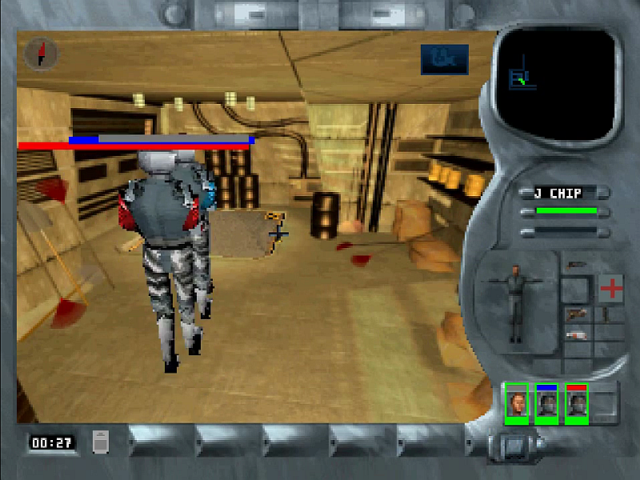 Similar to what Blade Runner did with its inspiration, Do Androids Dream of Electric Sheep?, Cryo decided to focus the basic premise of the book, instead of its deeper themes. This is, however disappointing for avid fans, by no means a bad thing. PKD’s works are so chock full of cool futuristic ideas and details, a single book can serve for a multitude of usable sci-fi set-ups. And though it’s not exactly canon, they did an amazing job in extrapolating a setting and story for their game version. They also chose to not take the easy road, and just turn it into an Adventure (the genre they are most familiar with), but went for a surprisingly well-fitting real-time strategy RPG hybrid instead. 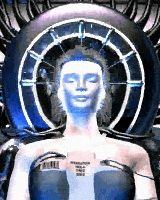 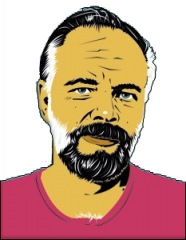 Philip K. Dick’s Ubik is a headtrip of a novel, dealing with grand themes of reality, religion, identity and death, and the sci-fi framework wherein this philosophizing takes place is a perfect catalyst for them. In a future where the dependence on technology, economic space colonization and emerging psychic powers have drastically altered the game of industrial espionage, we follow the perpetually broke Joe Chip. A technician for Runciter Associates, a company specializing in telepathic protection with anti-psi’s, agents able to negate others’ skills. It’s locked in a constant race with their nemesis company, Hollis Inc., in finding and securing the talents from an evergrowing pool of possible psionic powers.

Joe’s boss, Glen Runciter, runs the company with Ella, his dead wife now in cold-pac, creating a half-life state making partial communication possible, if frozen fast enough, after death. She acts as an oracle from beyond the grave, guiding our heroes in their reality-bending profession. And as the camera on Cryo’s logo zooms out and reveals itself to be Ella in her storage unit, effectively marrying both companies, it shows the trust they had in their production. 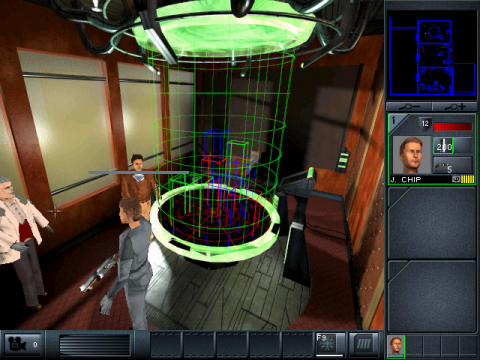 The game starts out like a point and click adventure, with impressive FMVs and nice pre-rendered backgrounds, with multiple angles per view and multiple views per room. You explore the offices and interact with your colleagues, until you wander in on your boss and the scout GG Ashwood, discussing a new job. Joe gets the order to assemble a team and travel to the Topeca Kibbutz, to enlist a time-psi, with yet to be determined powers, by the name of Patricia Conley. From here you’re introduced to the squad selector, swamping you with possible recruits, ranging from troopers with varying weapon proficiencies, to attack, defense and buff psychics. When you’ve perused the different weird skills, selected two teammates and bought their load-out, you are out of funds and the mission begins.

The mood is set and the intriguing backstory make you wonder where the story will go (you’ll have plenty of time for that during the overly long loading screens). Enter the real-time battle system. The first hurdle will be the controls. Though window drag and individual selection of your characters feels familiar, navigating point-and-click style through the multi-viewed environments, especially when in combat, can be very tricky. Getting a “first view” of the opponent, giving you ample time to prepare for the oncoming barrage of bullets, is vital, making you sneak-click through the maze like mission environments. And due to the second hurdle, the difficulty, even easy will have you dying rather quickly during missions.

If, after those first deaths, you persevere, manage to get used to the controls, and discover the importance of the various psychic skills, you’ll discover a clunky but unique strategy RPG interlaced with an atmospheric story-twisting adventure. But the fumbly first impressions are hard to overlook, and even harder to overcome. Visually the game looks good enough but the animation is sub-par, extra noticeable during the jerkier combat sequences with larger groups of enemies. The first mission areas are also the dullest. Mazes of nearly identical hallways with confusing angle-switches, leading to multi-view madness and unintentional backtracking.

This explains the radically differing review scores; players attracted to its Blade Runner-esque exterior and source material, who managed to “git gud” and forgive its flaws, found a rough gem, others got a pebble with potential. 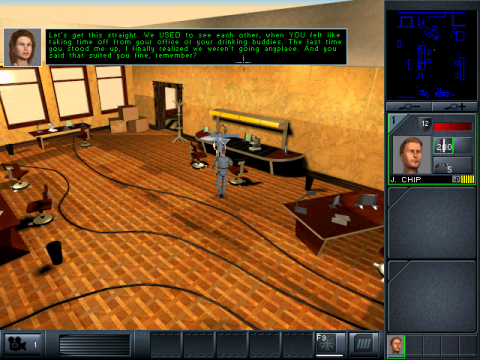 Further dips in Ubik‘s score curve were courtesy of the PlayStation port, that finally arrived in 2000 with the help of Smart Dog. Not only did the game need to be significantly scaled down, due to the platform’s limited capabilities, they chose to cram three CD’s worth of PC game onto one PS1 disc. The backgrounds and textures all had to be redone with far lower resolutions, resulting in muddled scenery and blocky models. There are also less different views per area, with somehow even more uncomfortable angles. But while the wingclipped visuals can be forgiven, the sluggish performance and poor gamepad controls cannot. Even the adventure segments feel laggy and wonky to navigate. The PS1 port also misses many of the FMVs, from skipping the character introductions to replacing important events with stills and text.

The only improvement is the easier quick select menu in battle, but it still suffers from unclear icons, and is hard to fluently navigate. The difficulty has also been scaled down to make it slightly more playable. But due to the poor sales the PS1 version never left European shores, making it a PAL exclusive port.

Then where under this mountain of critique lies that gem? Let us dig in.

The game is completely voiced and the acting ranges from good to serviceable, consisting of exposition-heavy, but interesting, character-building dialogues. It also contains quite a few winks to the novel and even manages to cleverly tie back into the book’s events and storyline, later in the adventure.

The different character classes are actually quite diverse, and their original skills (like force fields, reflex boosts, ammo enhancement, time bubbles and psychic shockwaves) enhance tactical gameplay. Both you and your recruits level up and grow, developing a real veteran team feeling, making those deaths hurt so good. There’s a workshop where you can research new weapons, gear and upgrades. The battle system, once mastered, can lead to some fun encounters and provide tricky tactics. 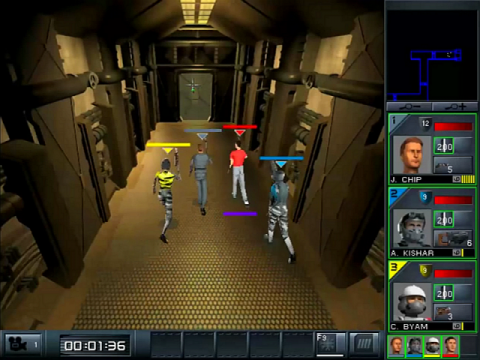 The amazing story and adventure bits really encourage you to finish the missions, and the RPG and upgrade aspects stimulate you to test your newly acquired guns and skills in the new ones. These Mission are fairly long and quite complex, with their action broken up by events and puzzles. Add to that the enticing ambiance created by the striking sci-fi aesthetic and musical score. And the occasional choices during the many gripping plot twists.

As your main quest shifts between besting Hollis’ forces, dealing with temporal anomalies, and ultimately surviving disintegrating realities, so does the structure of the standard, base/adventure > preparation/RPG > mission/strategy, gameflow, surprising persistent players by throwing a few nifty curveballs. 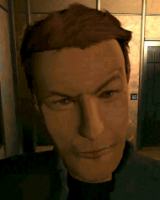 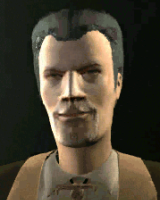 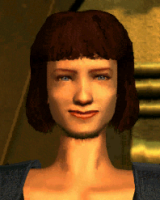 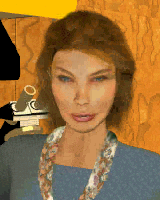 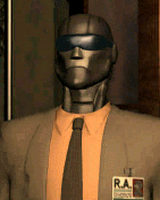 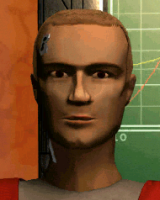 Polishing this rough hybrid might be too tedious a task for most, but the elements are there. And, after serious grinding and vigorous rubbing, patient gamers can tease out a unique and memorable shimmer.

But does the beloved book deserve a better video game? Well… no. Just like a PKD novel it combines genres and tries new things. Just like a PKD novel its intentions are more important than its execution. And just like PKD himself, it has considerable cult appeal in a niche market, spawning a small group of devoted fans… Only to be recognized and honored by the masses after death.

Ubik the novel is now part of the Library of America catalog. Will that also be Ubik the game’s legacy? By the power of this article, let this be the reality in which it is! 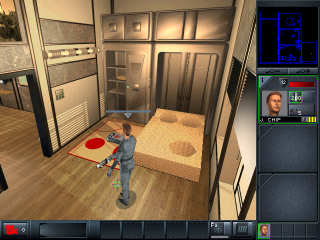 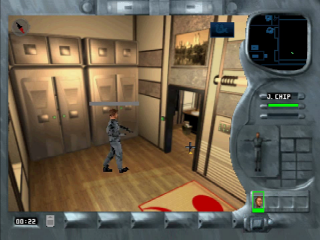 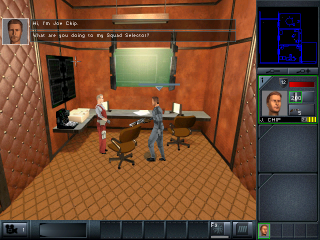 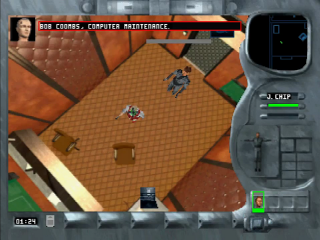 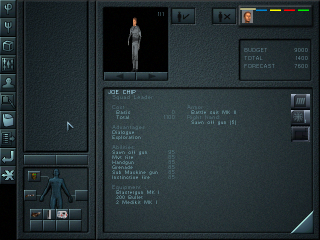 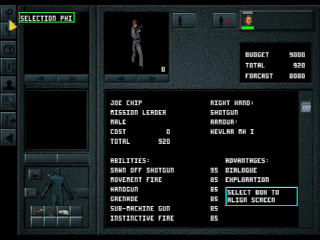 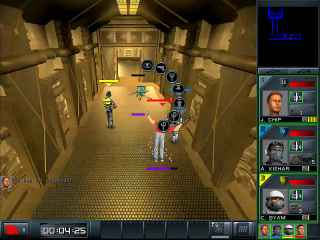 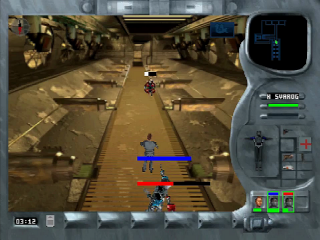