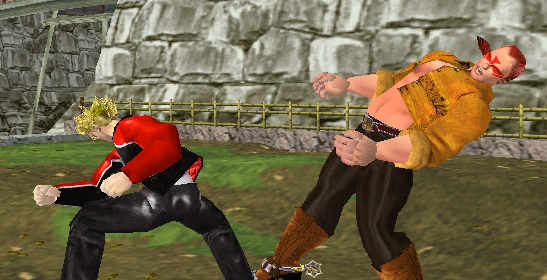 Virtua Fighter 3 is an odd anomaly in the series. On one hand, it defined the modern take on Virtua Fighter, and established the core gameplay and feel that characterizes the franchise even today, but on the other hand, it is often considered as the black sheep and the least polished of the main games. At any rate, Virtua Fighter 3brought radical shifts in the formula, although at least one of them has been retracted since.

First of all, Virtua Fighter 3 embraced the third dimension more than any other entry before. It introduces a fourth button, the dodge. This allows the player to hop away from (by default) or towards (by holding the lever downwards) the camera to avoid attacks. But this wouldn’t be Virtua Fighter if it was just a binary dodge or no dodge option: The angle and direction of the opponent’s strike always has to be taken into account; some attacks can only be dodged in one particular direction, while others sweep the full front width and require more conventional countermeasures, like a block or backwards dash. There’s a ton of new moves to complement the mechanics, including special throws from the side, back or towards walls. 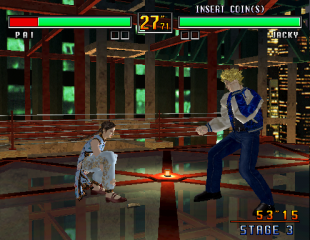 That’s right, the arenas are no longer empty plateaus inspired by real-world martial arts competitions, but more or less natural surroundings with fences and uneven terrain, which also affects the range and height of attacks.

That doesn’t apply to all areas equally, though. Some are more or less thorough updates from Virtua Fighter 2stages (Shun’s arena is now put together from many small rafts that bob up and down separately), but others set quite impressive scenes for authentic kung fu film atmosphere. The most pompous ones include the Great Wall of China, a Hong Kong rooftop, a subway tunnel with a train running through, and a spring in a snowy area in the mountains. 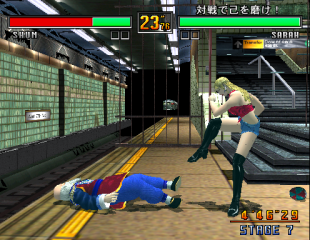 The uneven terrain can make the game a bit frustrating, as it’s often hard to judge their influence on attacks on the fly. At the same time the perceived new freedom is still mostly an illusion – getting knocked down from the central area still results in a defeat by ring out. The water stages seem particularly brutal, as the loser just drowns helplessly. 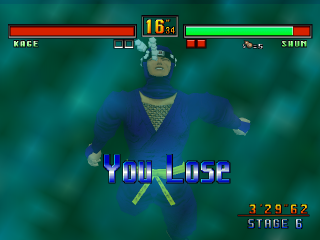 In what has started to become a series tradition, Virtua Fighter 3 introduced two new characters whose play styles vastly differed from the established cast. 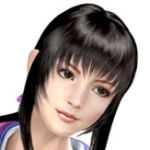 Aoi Umenokouji is introduced as a childhood friend of Akira. Her fighting style is Aiki-jujutsu, which gives her a lot of circular movements, combos that send the opponent floating, fast dodges and exceptional parrying capabilities. In turn, she is among the physically weakest characters. 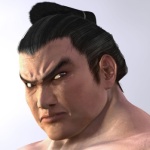 The polar opposite to Aoi, sumo wrestler Taka-Arashi is the heaviest character in the game, and pretty much glued to the ground. He’s the only character that was ever taken out of the series, presumably because AM2 had trouble getting his animations right during the development of the next sequel. He finally returned in Virtua Fighter 5 R.

A new integer-numbered Virtua Fighter sequel of course also meant a new high-end Sega arcade hardware. The model 3 not only pushed an impressive number of polygons, but fully supported transparencies and reflections. In certain stages the fighting now stirs up particles like snow, sand or leaves. The fighter models feature some rudimentary morphing to show realistic flexing of muscles and bending of joints, and their most powerful moves go along with a primitive form of motion blur, all the while they keep their individually animated eyes on the opponent. Dural’s shiny new metallic surface is just icing on the cake. Considering that the state of the art in home video games was represented by the very first Quake and Tomb Raider episodes at the time, this was all quite impressive to behold. 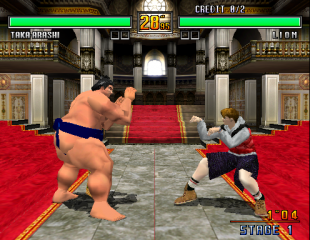 Once again AM2 didn’t rest on its laurels, but continued tweaking its new baby. Following a year after the original Virtua Fighter 3, an update with the supplement “tb” in its title hit Japanese arcades. The “tb” was to celebrate its new default play mode, Team Battle. But there’s no fancy tag mechanics going on, it’s the simple King of Fighters approach, where each player just picks three characters (depending on the machine setting), who then take turns to fight, and the winner stays in play with his remaining health until one of the teams is defeated completely. The update of course also brings the usual tweaks, and the option to switch between four camera perspectives in single player mode. Fighting in first person or looking down at the fighters from above might not be the most practical thing to do, though. 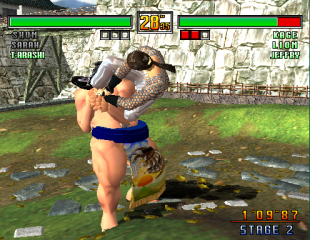 It took the longest time for Virtua Fighter 3 to get a home release. The Saturn had reached the limit of its technical capabilities and wouldn’t have been able to deal with the game without a serious downgrade, and it wasn’t until two years later when Sega launched its next generation hardware. By that time Yu Suzuki’s team had presumably moved on to work on Shenmue, and thus the Dreamcast port was outsourced to Genki, who were also behind the Fighter’s Destiny games for N64. In Japan Virtua Fighter 3tb managed to get some attention as the system’s sole high profile launch title, even though it couldn’t quite repeat the success for its platform as the earlier games. But by the time it reached the US, the program was already three years old, and Soul Calibur had raised the bar of expectations for fighting game graphics into unreachable heights. Dead Or Alive 2 was also waiting around the corner with even better graphics and so much more exciting stages and a dynamic tag team feature, making the once impressive innovator appear like an ugly duckling. It was a very barebones port, too; all it added was a rudimentary training mode. 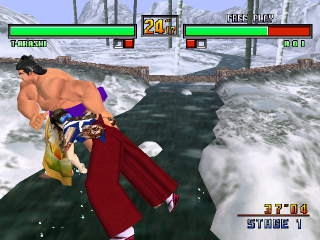 Virtua Fighter 3 may not be the best game in the series, but it’s certainly the most unique one. It was also more accessible to newcomers than the previous entries, and felt more fluent and satisfying on an entry level. Yet it seems like Virtua Fighter 3 is the series entry AM2 would rather forget about in hindsight. The team would never do uneven stages again, and the game was never rereleased after the Dreamcast era in any form. Incidentally, this was the first directing work of Daichi Katagari, who had risen to become the Virtua Fighter team leader for all future sequels, so the stepmotherly neglect seems a bit surprising. 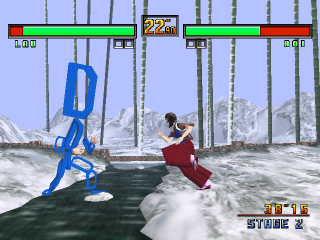