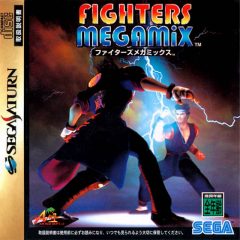 While Sega continued milking the Virtua Fighter franchise, at the same time it started many attempts to branch out its fighting game portfolio. Sonic the Fighters allegedly resulted from a programmer putting Sonic in a Virtua Fighter test version as a gag, and the anime-inspired Last Bronx by AM3 pitted gang members in a dystopian Tokyo against each other. 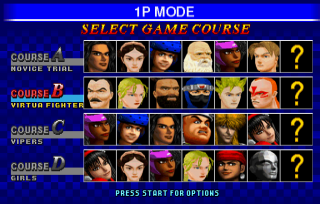 Before all those, AM2 created the over-the-top Fighting Vipers, the only other Sega fighting game that should leave some kind of legacy in form of a sequel, and Fighters Megamix. Sega’s idea of a Dream Match, this game combines all the personnel from Virtua Fighter 2 and Fighting Vipers – and several other Sega characters as unlockables, like Janet from Virtua Cop 2, Rent-A-Hero, the Kids variants of Akira and Sarah, the unused Virtua Fighter 1 character Siba, and even a car from Daytona USA! – into the biggest fighting game roster of its time. 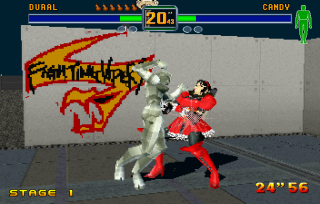 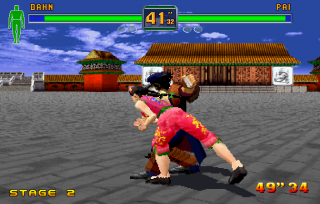 Even more than Duke Nukem 3D and Mortal Kombat Trilogy, Fighters Megamix is one of the most “WTF?!”-ports to Tiger’s outdated-on-arrival monochrome handheld Game.com (but not quite as crazy as having Resident Evil 2 on there). It contains only 12 of the fighters (Akira, Pai, Jackie and Lion on the VF side, plus Siba and Kids Sarah as unlockables), somewhat defeating the purpose of a dream match title.