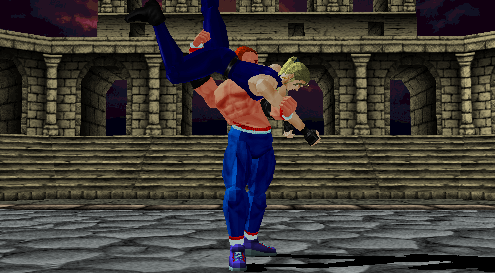 By merit of its inventing a new subgenre, Virtua Fighter had the arcades all to itself. The sequel, however, needed to deal with some competition: Very close to its release Namco started the arch rival series Tekken, ironically directed by Yu Suzuki’s right-hand man on the first Virtua Fighter, Seiichi Ishii. Ishii stayed at Namco for the first two Tekken games, before founding his own company Dream Factory, responsible for Ehrgeiz, Tobal and Kakuto Chojin. 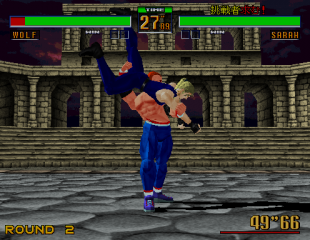 Virtua Fighter introduced Sega’s new Model 2 hardware, and so much is certain: In the technology discipline, the game not only made its predecessor look like an early alpha test version, but also mopped the floor with its contender. The characters were now fully textured and twice as detailed as before. Their facial expressions now change when they attack, get hit or strike their winning poses. Even more impressively, all stages now included fully modeled 3D scenery. The most impressive was the new fighter Shun’s stage, which takes place on a raft floating down a river. Each time it passes under a bridge, the combatants are bathed in its shade. The fighting area still remains a rectangular platform with ring outs for all stages, though. 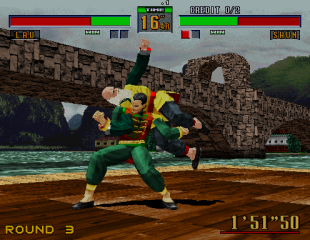 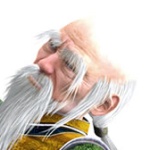 Every fighting game needs a Drunken Fist master, preferably an old buffer from China’s countryside. In Virtua Fighter, this slot is filled by Shun Di. He has the typical crazy, overhanging moves, which make him one of the more hard to control characters. Sometimes he even takes a dring of his bottle after an attack, and in later games getting him drunk actually makes certain moves more effective. 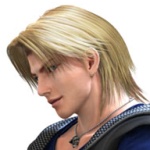 Hailing from France, Lion Rafale is Virtua Fighter‘s first European character. He’s the rebelling son of a French aristocrat family that’s also involved in illegal arms trade. His fighting style is Tourou-ken (Tanglangquan or Praying Mantis), and his low, defensive stance can make him a really annoying opponent to fight.

But Virtua Fighter 2 is more than bells and whistles, so the mechanics also have been updated a lot. The game is noticeably faster and counter attacks are more prominent, although still difficult to execute and require perfect timing. A few characters have even gotten dodge moves in and out of the z axis, but the game is still a bit awkward with the 3rd dimension, resulting in occasional unsatisfying angles. 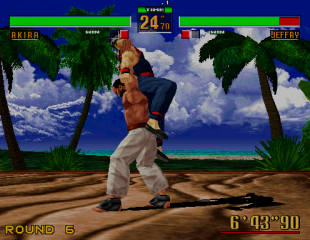 The simulation aspects have been cranked up even more: It’s now possible to gain momentum by running at the opponent to hit them harder, which actually makes a difference in the damage the attack is dealing. Some moves leave a fighter with an opposite stance, and the resulting leg placement has an impact on the success of a combo and the effectiveness of attacks. If both combatants hold stances that keep their bodies far away from each other, for example, it becomes much harder for them to throw each other. Certain moves, especially with the fast characters, now also end with the back to their opponent, leaving them in a very vulnerable position. 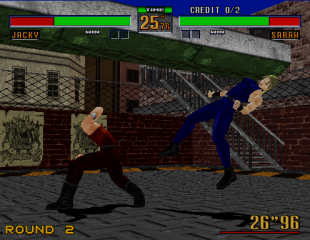 Besides the typical arcade and 2-player vs. modes, additional play options can be accessed by inputting secret codes: Ranking mode just grades the player after each fight. Expert is simply an extremely high difficulty setting, where the CPU is pulling no punches and uses all the techniques at the characters’ disposal.

For most casual players that extra boost won’t be necessary, though: Even on the default setting, Virtua Fighter 2‘s difficulty is well above average. Even those that can easily beat the newer games on the highest difficulty aren’t really prepared for this amount of old-school brutality. The first two or three fights are still relatively easy, but without some serious study of the mechanics, most will probably never get to see – not to even mention defeat – Dural, who appears in a slow-motion underwater stage this time. 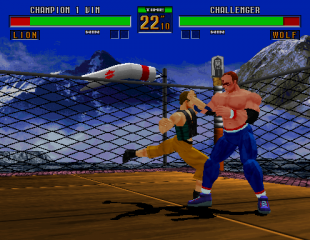 Despite all that weight on stark simulation and relentless challenge, Virtua Fighter 2 isn’t devoid of humor, though: To enter initials for the high score table, one has to beat down a human-sized alphabet letter with arms and legs. On the Saturn, it’s even possible to challenge them to battle through a secret input.

A little less than a year after Virtua Fighter 2 first hit the arcades, AM2 updated the game with a new version, dubbed 2.1. Besides the usual balancing and timing tweaks, this also brought a more noticeable change to the mechanics: The backwards dash, which allowed rapid fast retreats in the vanilla release, has been nerfed to require a bit of a recovery period after each execution. 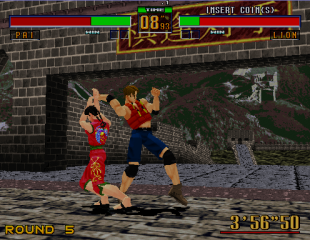 The 32-bit home of Virtua Fighter 2 did not mess around. It was obvious that the Saturn wouldn’t be able to do the full 3D environments, so it doesn’t surprise they’re replaced by flat bitmap variants. The fighters, however, are some of the most detailed models to ever grace the platform. The hidden playing modes from the arcade version are now freely selectable, with the addition of a Team Battle mode, where every player gets to chose up to 5 characters. 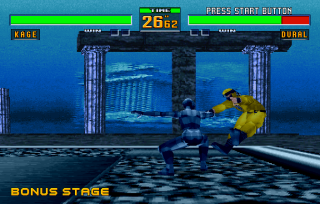 Virtua Fighter 2 was the last title in the series to get a PC release, which is unfortunately based off the Saturn version, even though powerful PCs at the time surely would have been able replicate the arcade graphics. The bitmap backgrounds also look a bit weird, because the Windows port runs in a higher resolution and the programmers just put the background bitmaps in their original size. Therefore all the background elements seem to be far away from the ring, with a big circle of nothing in the immediate vicinity. Otherwise the port is ace though, and remained about the best fighting game available for PCs all throughout the 1990s. It also features a gallery of CG art, and even allows switching between 2.0 an 2.1 rules.

Was the 32X version of the original game already a surprising demake, this time Sega went one step further, and made Gaibrain, who had previously done some SNK fighter conversions for Takara, port Virtua Fighter 2 to the Genesis. The game was completely transplanted into two dimensions, even with original sprite art instead of just prerendered versions of the 3D models. There is some slight perspective change effect for the floor, though. As a 2D game, it seems even more stiff than before, and because of the limited animations, the controls just don’t feel right. It all doesn’t connect in a satisfying way. It’s not a terrible game, but its purpose seems questionable. Thanks to Sega’s prolific output of Genesis compilations, this most inferior version was also by far the most accessible one, appearing on the Xbox 360, PlayStation 3, PSP and Wii Virtual Console, on Windows PCs and iOS devices – the latter of course with unsuited touchpad controls. 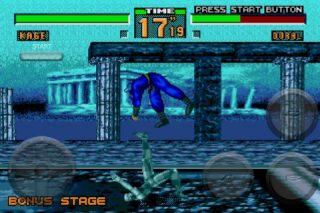 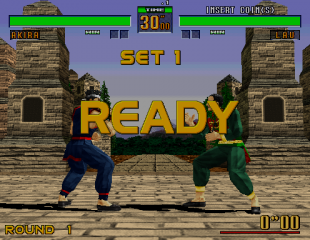 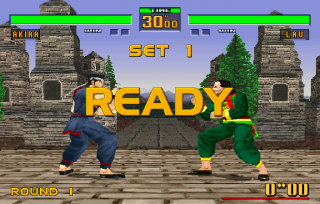 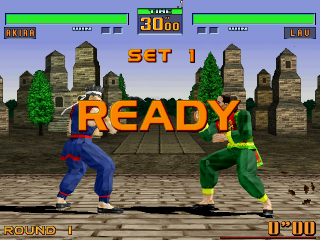 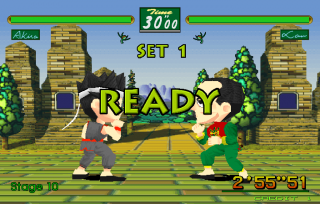 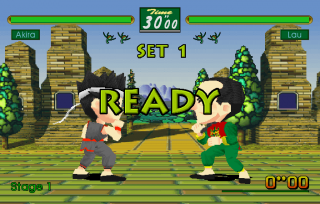 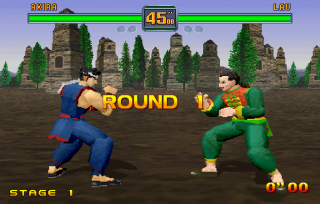 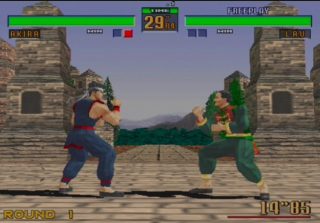