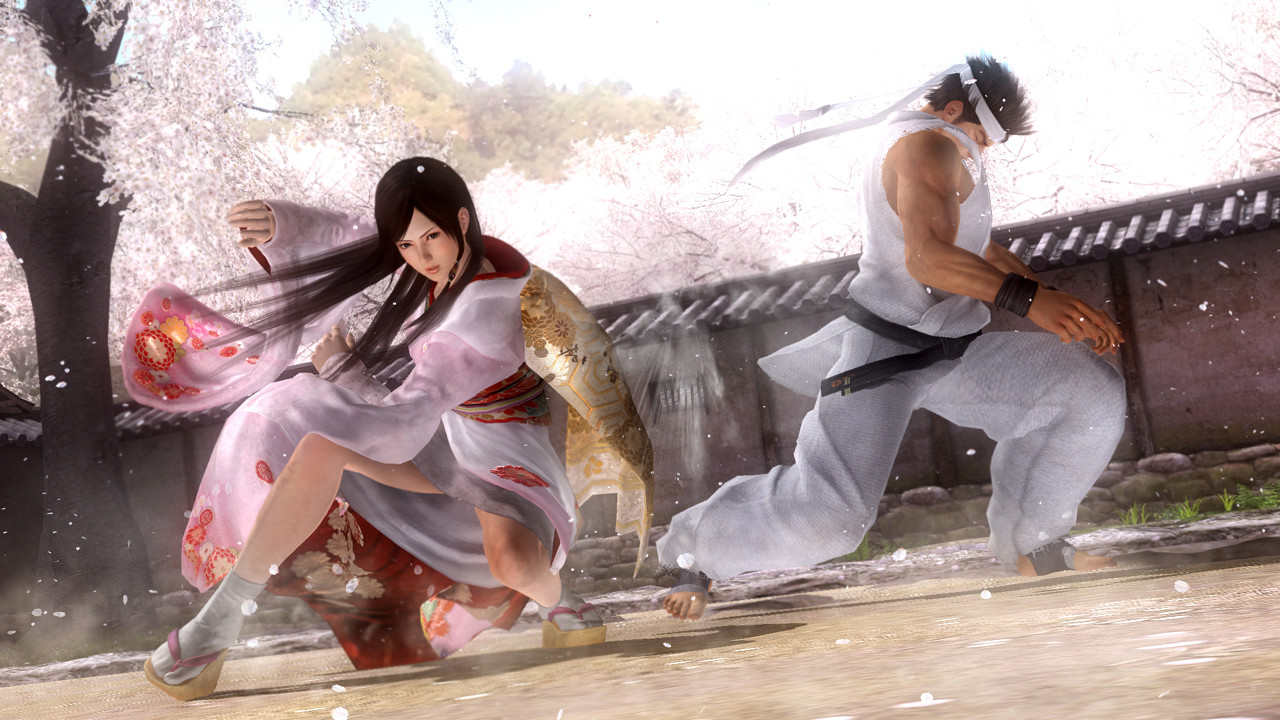 The Music Of Virtua Fighter 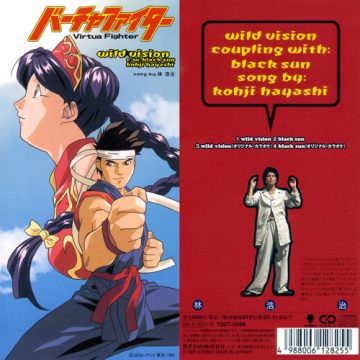 One more element Virtua Fighter owed a small part of its success to was its excellent soundtrack. In Japan, the first two games amounted to no less than six CD releases. Composed by Takayuki Nakamura (who last caught attention with his musical contributions to Tetsuya Mizuguchi’s Lumines series), the music to Virtua Fighter starts somewhere in between the typical Sega arcade flair and Street Figher II style hymns, but soon branches out to incorporate hard rock, jazzy tunes and world music influences into one of the most versatile fighting game soundtracks of its time.

Saikyou no Senshi (“The Strongest Warriors”) includes the original arcade soundtrack bundled with a bunch of remixes that sway more towards techno, although some contain really weird vocal and rap parts. Those were made by Sega’s short-lived in-house band B-Univ, who were also responsible for several other arrange soundtracks in 1993-1994. They also made the album Neo Rising, whose arranged songs depart much further from the original soundtrack. These include some trippy jazz versions and a strangely ethereal hymn, but mostly typical band rock. Some of this is actually really good, even though the songs are hardly recognizable as the game music, anymore. The Saturn version soundtrack is subtitled Maximum Mania, which is close to the arcade original, but the instrumentalization sounds a bit more natural thanks to the redbook audio.

For the second game, Nakamura got support by Takenobu Mitsuyoshi (the only composer to stay with the series until Virtua Fighter 3, Youichi Ueda and Akiko Hashimoto. The music is very similar to the first game in nature, only bigger, more powerful and more interesting. This time the original soundtrack was followed by an album called Dancing Shadows. This doesn’t have anything to do with the music from the game, but rather consists of entirely new pop songs “inspired” by each of the characters. A few of the tracks are quite good as far as early 1990s J-Pop goes, especially Akira’s song, but the majority is really corny and boring. Around that time frame also falls the soundtrack for the animated series, which strikes a similar chord. One sequence of notes uncannily resembles the theme of Neon Genesis Evangelion – whose first episode aired exactly two days after the Virtua Fighter anime started.

The music of Virtua Fighter 3 is basically more of the same as the previous games, although it has lost a lot of the earlier games’ energy. Jacky and Akira’s stage BGM is still excellent, but others less so. Jeffrey’s theme has got to be the most lame tune in the entire series, and Wolf’s desert stage sounds more like something from an RPG. With On the Vocal it got once again a compilation of mostly terrible pop songs “inspired by” the game.

Virtua Fighter 3‘s credits list almost as many “Sound Designers” as there are music numbers in the game. Tatsutoshi Narita would be only one who’d put his musical stamp on all following games, although one Fumio Ito should return for Virtua Fighter 5, and Shinichi Goto contributed to both VF4 and 5. The soundtracks of these later sequels are heavily dominated by more modern industrial and techno, with a few pure hard rock tunes in between. It’s still all pretty good for what it is, but the good old ’90s Sega arcade charm is gone. Thankfully, so are the silly J-Pop tie-ins.

Among the countless OST and AST releases, these discs are a really odd obscurity of Virtua Fightermerchandise. They only run on a Sega Saturn, but each disc is just a music video that slides various CG artwork of the current title character (each cast member of Virtua Fighter 2 got a separate disc) to the according song from the Dancing Shadows CD. There’s also a karaoke option that replaces the singing voice with subtitles, but no means to look at the artwork outside of this presentation. They’re embarassing products and nothing more than shameless franchise milking. 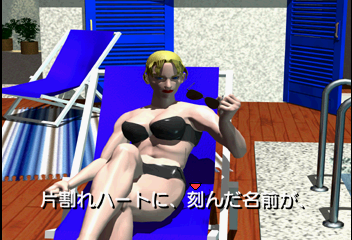 Sega’s Western divisions weren’t quite as immoral as the Japanese mother company (besides the fact that these never would have sold outside of Japan), so only a selection of the CG art found its way on a bonus disc for Virtua Fighter Remix in Europe and the PC version of Virtua Fighter 2. These omit the music video part and simply let you view the images one by one. 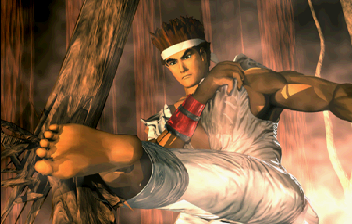 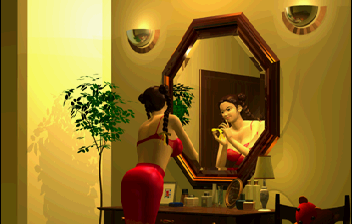 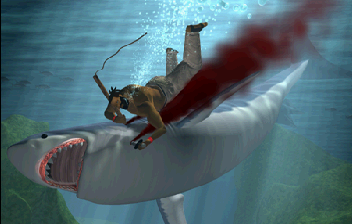 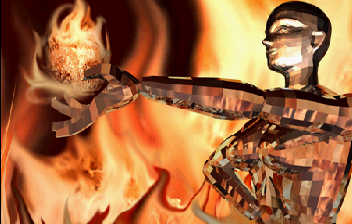 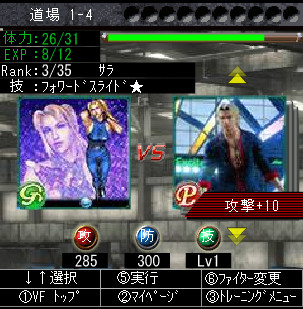 There are a few more Virtua Fighter products that more or less qualify as games. Of course the series wasn’t spared the Tiger treatment of LCD games; while the first game had to give its name to a standalone handheld, Virtua Fighter 2 came out for the horrible “virtual reality” monocle that was the R-Zone. Check out this video (game footage starts around the 2:50 mark) if you want to see it in “action.”)

Since Sammy was a major player in Japanese in gambling and faux gambling, of course Virtua Fighter themed pachinko and slot machines popped up after the Sega-Sammy merger, and Japan also saw the release of a curious card battle style game for mobile phones with the silly title Virtua Fighter Cool Champ.

While Shenmue ended up not being a tie-in to the Virtua Fighter series, Ryo Hazuki can still collect capsule toys of all characters up to Virtua Fighter 2, including their costume variants and Kids versions. The limited edition of Shenmue 2 in Japan came with two extra GDs, which contained a preview for Virtua Fighter 4 and a ton of interesting WIP-videos fro the earlier games. Wolf and Jeffry also appear in Sega’s All Japan Pro Wrestling series. 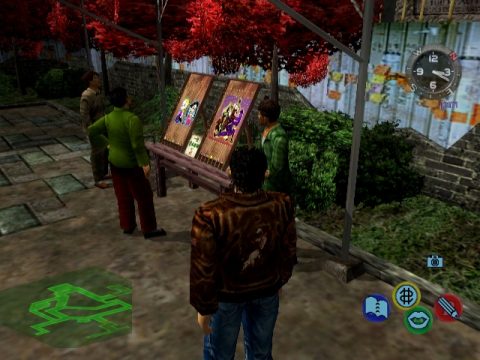 Due to the series’ realistic design, Virtua Fighter isn’t the best cameo bait for the Sonic mascot character sports games (although Virtua Fighter Kids would fit in well, Sega appears to have forgotten about its existence around the turn of the century), but Akira and Jacky are unlockable in Sonic & Sega All-Star Racing. They seem to have been omitted in the Transformed update, though.

Still without a new numbered Virtua Fighter game in sight, Sega has also started lending its characters to other developers, making it possible for Akira, Sarah and Pai to appear in Team Ninja’s Dead or Alive 5. Among many other Sega, Capcom and Namco characters, Akira, Pai and Dural are also in the big game franchise mash-up RPG Project X Zone by Bandai Namco games. 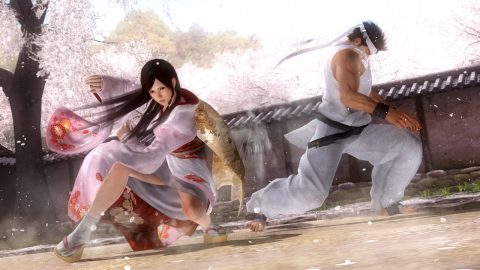