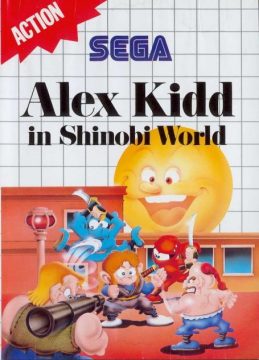 For Alex’s last adventure, Sega tossed him back to the 8-bit Master System and decided to fuse him with one of their other franchises – Shinobi. This game was only released in North America and PAL territories (with the former being quite rare) and was never released in Japan. In an opening that seems suspiciously reminiscent of Sega’s Dynamite Dux, Alex’s girlfriend is kidnapped by a demon named Hanzo, and Alex himself is turned into a ninja by a deity known as the White Ninja, in order to go save her.  Several of the stages are reminiscent of levels from Shinobi, and the bosses take vague inspiration from them too. Even the main theme music is derived from Shinobi, just played at a faster tempo. However, some aspects from the Alex Kidd games remain, like the destructible blocks, the slippery controls and the swimming stages. 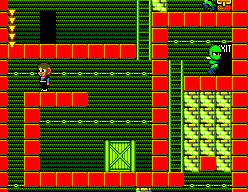 Even though it draws from both franchises, it’s very much its own game. Alex attacks with a sword, which can be strengthened with a certain power-up. You can also find ninja throwing knives to attack foes at a distance, in addition to ninja magic to turn temporarily into a whirlwind. You can climb up ropes, bounce off walls Ninja Gaiden-style, or grapple onto pipes and spin until you become a fireball, flinging yourself at foes. 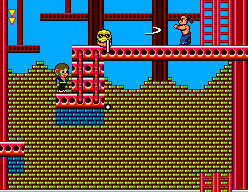 This is also the only game in the series where you have a life meter. You can take three hits, but there are numerous health restoration items, so it’s not too difficult. You only get a single continue, but there are only eight brief stages (plus four boss battles) so it’s a pretty short game.

What’s interesting is that this was not always intended to be an Alex Kidd title. A few magazines revealed an early version of the game titled Shinobi Kid, starring some generic boy instead of Alex. It also reveals, amusingly, that the first boss was meant to be named “Mari-Oh“, to make fun of Nintendo’s famous mascot (he resembles the first boss of Shinobi, who is named “Ken-Oh“). 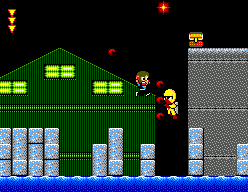 Even though the sprite was slightly redrawn for the released game, it’s easy to see the resemblance – he shoots fireballs that bounce like they do in Super Mario Bros., and once you deplete his life meter he shrinks and continues to attack. Pretty clever. 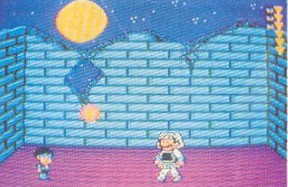 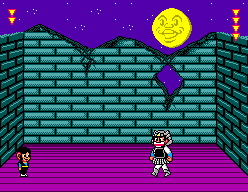