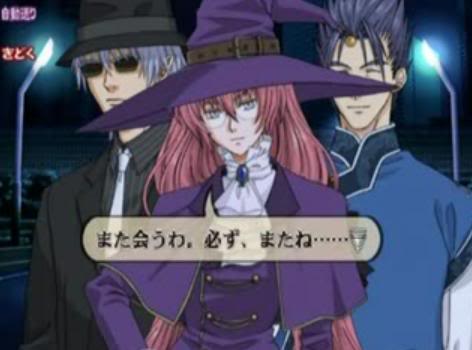 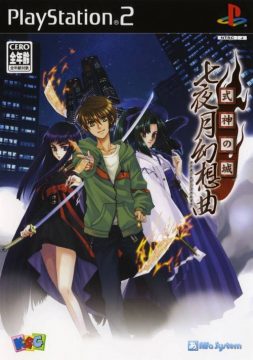 Nanayozuki Gensoukyoku (which translates to Fantasy of the Seven Moon Night) is something of an unique mixture of genres. Nanoyozuki isn’t a shmup, but a visual novel/text adventure with shmup elements. Information on the game is limited, but it appears to take place between Shikigami II and III, as it was released in 2005. The main character is Kohtaro Kuga, and the game focuses on his relationship with Sayo Yuuki and none other than Tsukiko Johjima; the final boss of the third game. Unlike Shikigami III, Tsukiko is more down to earth here, suggesting that this is her true self. 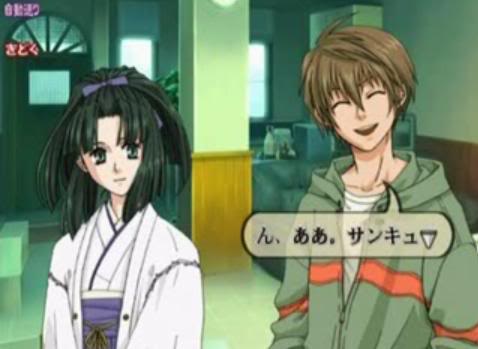 There’s a handful of cameos from the Shikigami series along the way. Fumiko, Kim, and Gennojo appear, along with some new faces. The main setting seems to be the H&K Detective Agency at which Kohtaro and Gennojo work. As for the shmup elements, there seem to be branching paths based on who you choose to focus on – Sayo or Tsukiko. The gameplay is basically Shikigami-lite. Kohtaro doesn’t appear to have a Shikigami attack, only bombs. In its place, he can call on other cast members as support. The actual bosses are nothing to be taken lightly, at least. It’s basically Shikigami fan service, for a series that’s already full of it. 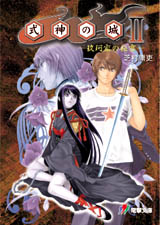 The appreciate DVDs, something of a bonus content tradition in Japan, showcase talented players taking on the Shikigami games with different characters, and racking up maximum scores.

Shikigami seems to have a cult following in the east, what with all the resin figures and manga based on the series.

There’s even a replica of Kohtaro’s shirt: 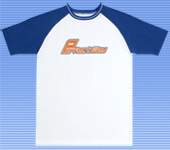 The only thing the series lacks is an anime adaptation, but who knows what the future will bring?