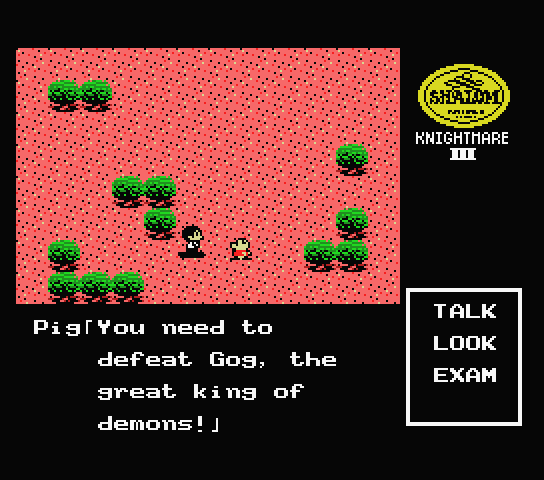 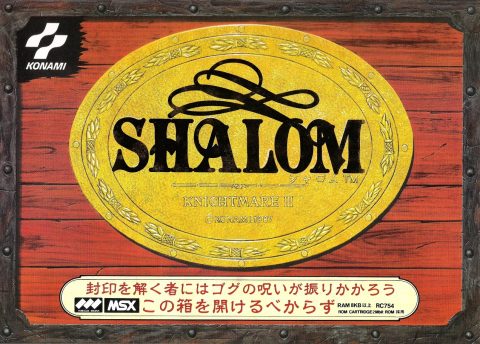 The third (and final) Majou Densetsu game saw it shifting genres once again, this time morphing into an adventure game. In many ways, it’s even more radically different than the changes made between the first two games. The title, Shalom, is taken from the Hebrew word meaning “peace”, though the usage of that particular language doesn’t have any particular meaning.

The game actually starts off in the real world, with you, a Japanese high school student, mucking around in computer class. Your female friend comes into the room carrying a new game, Konami’s Shalom for the MSX. (You can name both of them – the boy’s default name translates to “world peace”, while the girl’s translates to “female student”.) You stick the cartridge into your computer and enter your characters’ names, then you’re sucked into the world of the game. (This same trope is later seen in the computer game Companions of Xanth.) When you awaken, you’re greeted by a talking pig, who briefs you on the situation. 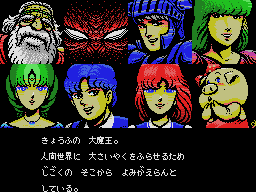 The story takes place in the Grecian Kingdom, 100 years after the end of Maze of Galious. Popolon and Aphrodite have ascended to heaven, and the kingdom is ruled by their child, Pampas. While his rule was peaceful for many decades, despair has overwhelmed the land. Chelsea, daughter of Pampas, has gone missing, which is part of a prophecy that heralds the coming of the Demon King Gog. It’s up to you to take up arms and defeat the eight demon lords, before taking on Gog himself. The pig, named Butako (which means “little pig” – she’s a girl) jumps onto the hero’s shoulders and accompanies him throughout the game.

Although Shalom looks a bit like Dragon Quest and other similar games, it’s not actually an RPG because there are technically no battle sequences, at least during most of the game. Instead, it’s more of an adventure game, complete with a command menu, and numerous puzzles to solve in order to proceed. The only time there’s any real conflict is during the boss fights, but almost all of them are different. Some of them are action-based – in the first one, it turns into a side-scroller, as you toss knives at a second, and in the second, you need to catch tumbling boulders and hurl them at the boss’ head. Later ones have much more variety, with one taking on the role of a brick-breaker similar to Arkanoid, and another presenting a box-moving puzzle. Some bosses are destroyed just by conversing with them. There’s a lot of variety and it’s really quite unique.

It’s also quite a silly game. Despite the standard RPG setup, there’s a lot of humor, particularly in the banter between the hero and Butako, who’s rather rude and often admonishes the hero for doing anything stupid. One of the major NPCs is supposed to be Galileo, and even though he technically uses his telescope to view the stars, it can also be used to peep on showering women. At one point you come across an injured animal – you’re supposed to heal him, but you can also choose to mock him or even try to eat him. Eventually you can explore the heavens and see what Popolon and Aphrodite are up to, even though they’re just NPCs now. The tone does get darker and more serious by the end of the game, though, as you face off against Gog. 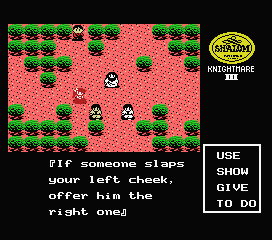 Like the Snatcher games, there are a few times where it messes with the fourth wall – at an area where you get stuck in quicksand, you’ll get a “Game Over” message with a question mark at the end, indicating that it’s something of a fake-out. There’s also a section where you’ll also need to save and then immediately reload in order for the game to proceed (or technically you can wait for a certain amount of time in-game, but this speeds up the process). Although there are ways to die, they’re typically either in the boss sequences or from things that are obviously bad (like falling into holes), so you don’t need to worry too much about making bad decisions.

You save the game by talking to certain characters. These were named after players that were, at the time, part of the Seibu Lions baseball team. You’re given the choice to save to various media, but it also supports passwords. However, there’s a glitch in password generation, and the game may dispense unusable passwords. 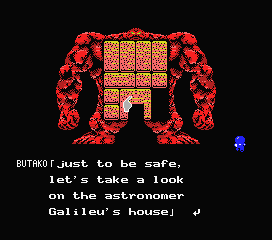 Shalom is a fairly clever game, but the main issue is that the game world is just way too large. Much of your time is spent simply meandering around the map, trying to find the necessary items or tripping the correct flags to proceed. It gives the impression of a large world, much bigger than typical adventure games, but the vast majority of it is just empty space. There’s not much direction given other than clues by certain villagers, either. Further, there are a lot of actions that the game doesn’t understand, requiring you to skip through the many “this doesn’t work” exchanges between the hero and Butako.

Since Shalom is so dependent on text, it’s extremely difficult to  appreciate without understanding Japanese. However, there are fan translations for English and Portuguese.

Knightmare in Other Games 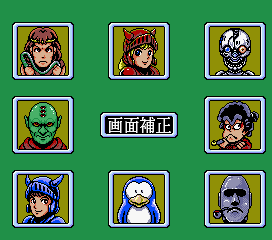 Popolon was featured in a handful of other MSX games around the same time. He’s a playable character in the original Parodius, and both he and Aphrodite appear in Hai no Majutsushi, a mahjong title that stars other Konami characters, like Simon Belmont from Castlevania, Dr. Venom and a Moai from Gradius, and a Snatcher from Snatcher. In the intro to Gradius Rebirth, you can also catch a glimpse of the Greek kingdom as seen in Shalom. 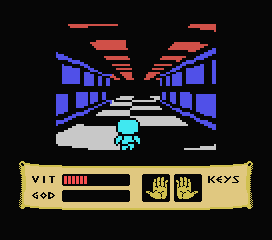 The MSX fan community has a fondness for Popolon though, with various remakes for the first two Majou Densetsu games. There’s also a completely new fan game called Tales of Popolon, released in 2017 and developed by Santiago Ontanon. It uses raycasting to display a full 3D engine. It only runs at about a frame a second, but it looks incredibly impressive for the MSX platform, plus it’s only 32 kb in size. In the game, you control Popolon as he explores the maze, looks for keys, and defeats enemies. The game is freely downloadable and open source.