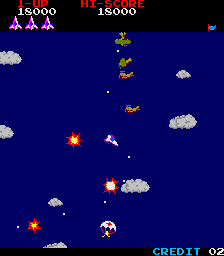 One of Konami’s better known early shooters, Time Pilot is a bit like an arena shooter similar to Robotron 2084. As a time-traveling jet fighter, you must destroy all the enemies in the sky, which loops infinitely in all directions. Once you’ve killed enough, as indicated by a meter at the bottom of the screen, you fight a boss before warping to the next time period. 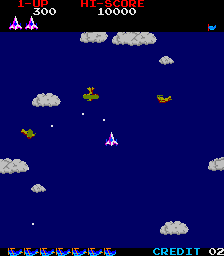 You begin in 1910 AD, moving to 1940, 1970, 1984, and then finally 2001, which must’ve seemed so far in the future back in 1982, when this was made. For the most part, the only real difference between the eras are the color of the backgrounds and the enemy sprites (going from biplanes to helicopters to jets), although they all attack the same. In the final stage of 2001, though, the sky is dark black, and all of the enemies are UFOs. How foreboding. After defeating this stage, the game then loops. Certain enemies will eject from their planes, and picking them up will yield extra points.

You can only shoot in the direction your ship is facing. Although you can only move in eight directions, your ship turns smoothly when changing angles, allowing you to spray shots of machine gun fire at enemies. It takes awhile to get used to, since you turn so slowly, but once you master it, it’s a fun little game.

Time Pilot was the brainchild of Yoshiki Okamoto, who also created Gyruss. He later quit Konami and joined up with Capcom, where he went to develop Final Fight and Street Fighter II. 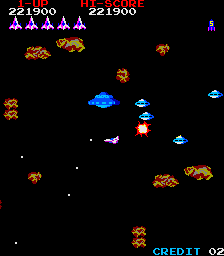 Time Pilot’s simplicity made for some decent ports, developed for the ColecoVision, MSX, and Atari 2600. In the modern era, Time Pilot shows up on Konami Arcade Classics for the PS1, Arcade Advanced for the Game Boy Advance, Konami Classics Series: Arcade Hits for the Nintendo DS, Oretachi Geesen Zoku Vol. 4 for the PlayStation 2, and as a standalone title on the Xbox Live Arcade. The MSX version also shows up for the PSOne and Saturn as part of the Konami MSX Antiques line. Most of these are straight emulations, but the GBA version has an enhanced mode, activated via the Konami code, which adds in rapid fire and an extra prehistoric stage before the game loops. It also changes the year “2001” to the more nebulous “20XX”. The Xbox 360 version offers an option for slightly improved graphics as well.

There is a bonus game in Ganbare Goemon: Boku ga Dancer ni Natta Wake, the fourth Goemon title for the Super Famicom, called Time Pilot ‘95. It can only be accessed after 100% completion. Many of the other Goemon SFC titles had shooter themed mini-games – the first has the first level of Gradius, while the second has the second level of Xexex. This time, however, it contains the whole game, with improved graphics. It’s still not great looking, but it’s a nice bonus.

There’s also a spiritual successor to Time Pilot released in 2007 for the DS called Time Ace. The concept is the same – fly through various time periods shooting stuff – but it’s a 3D shooter with a behind-the-back viewpoint. It’s not a terribly good game. 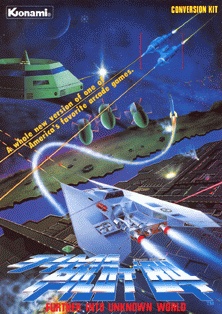 Time Pilot ’84 ditches the concept of its predecessor – that you’re piloting a jet through time, obviously – and just sets everything in the future. There are actual background graphics this time, but the only visual difference between the stages are the color palette changes. 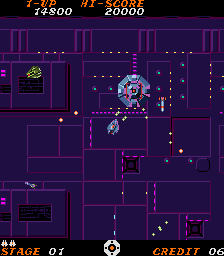 The action is mostly the same, except you now have missiles in addition to your machine gun. Some enemies can only be destroyed by missiles, which require that you get up close for a second or two to lock-on, and then fire. There are also hidden sections in each area that yield extra points. It’s more difficult and considerably more obscure – it was never ported. 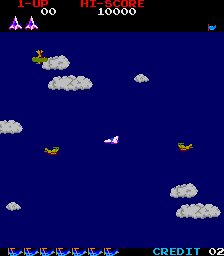 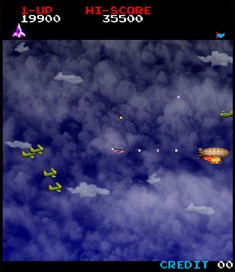 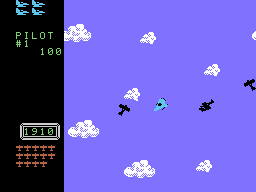 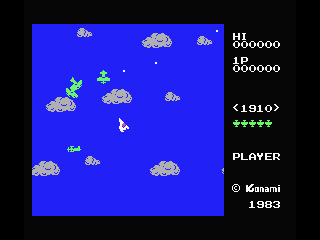 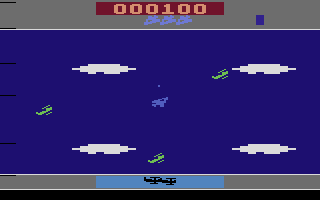 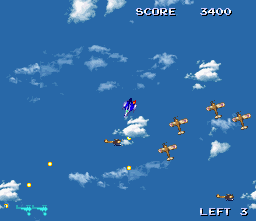 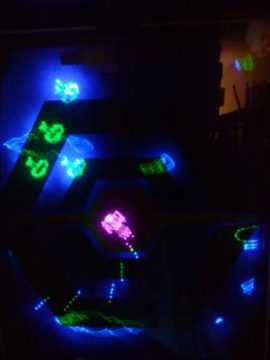 In 2011, a programmer named Kristof Tuts created a Time Pilot clone called Vector Pilot for the Vectrex. It’s an astonishingly well-developed game, especially for a homebrew title, that perfectly replicates Konami’s original arcade game with vector graphics. It even includes a totally brand new minefield stage after the 2001 level.