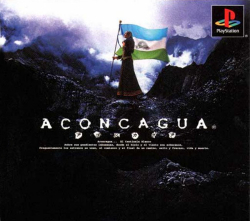 Released in the year 2000, at a time when the PlayStation owners were starting to fantasize about the upcoming 128-bit attraction, Aconcagua fell right into the group of rare and overlooked gems before it had time to prove its worth. In the fictional South American country of Meruza, a woman named Pachamama leads a revolutionary movement that fights against the oppression and cruelty of the installed dictatorship. After a very unique opening sequence, explaining the nation’s political regime and social unrest, follows a brief scene set in the interior of an airplane where the characters are introduced. Unexpectedly, a bomb is detonated, shattering the jet plane into pieces scattered over the frozen mountains of the Andes, in Aconcagua: the highest and most daunting peak of the American continent, also known as the white sentinel. 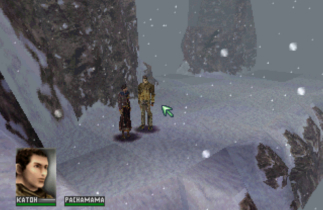 Unlike the majority of the point-and-click adventure games, Aconcagua presents the player with a group of five controllable characters that can be selected during the game by simply tapping a button. Because each of them is unique, the game relies on their individual skills and personality as the quintessential method to overcome specific obstacles or situations. For the purpose of surviving and escaping from this deserted scenery, the group will have to face an even greater danger, as they learn that the bomb explosion was an attempt to murder Pachamama and prevent her uprising. Aggravating the already dangerous situation in the crash site, the Meruzian army has sent out an extermination platoon aboard helicopters, carrying strict orders to take out the life of every survivor of the incident. This desperate measure from the sovereign president was issued to prevent Pachamama from reaching the Independence Square in the capital city Horizonte, where she intended to prevent the start of a civil war.

She’s a strong and determined woman, heading the movement to free Meruza from the tyranny of the pitiless leader. Her dedication to this mission is inspiring to all others.

He’s a Japanese journalist on board of the airplane, trying to cover the story of Pachamama. The death of his friend and co worker in the plane crash provides him strength to carry on. Because of the skills he acquired as a former alpinist, his contribution to the survival of the team is essential.

A talented engineer and a resourceful helping hand, Steve often shows signs of anxiety and panic. But the harsh environment and sheer will to live end up revealing his greatest traits.

Presenting herself as a journalist, Julia comes from the United States in pursuit of the story about the expected coup d’état. Her sweet looks contrast with the true nature of her identity.

The last member to join the group, Lopez appears to be another survivor from the crash. He is a strongly built native who relies on his muscular strength to displace large and heavy objects. 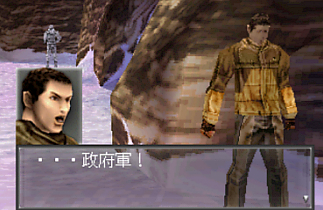 Aconcagua‘s true essence is revealed in the form of its game contexts, enriched by the unique personality and skills of each of the characters. More than making them interact with the environment and collect items, the player has to make them communicate among themselves, finding about their state of mind, opinions and obtaining valuable suggestions. Thus, the solution to the problems must not only make sense to the player but also to the characters, as they won’t be able to perform certain actions unless the player makes it feel logical for them to do so. More than instrumental pawns on a chequered board, the group is composed of more or less complex virtual beings that act according to certain stimuli. The process of intercommunication is a crucial component of the game’s mechanics, as it also potentiates the exchange of inventory items between party members.

The barren landscape of the snow covered mountains and plain wreckage is visually dominant throughout the game. Using full 3D technology, the extinct WAC WAC! studio designers employed real-time rendering as a replacement for of CGI, quickly changing between low polygon models in the game space and more comprehensive representations during the cutscenes. The level of detail is by all means impressive, bearing in mind the large extension of the open locations, the number of acting characters on screen as well as recurrent effects such as falling snow or burning flames. As far as presentation goes, Aconcagua displays very high production values and refined taste. 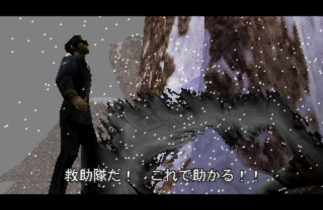 While the game was only released in Japan, the cutscene voices were recorded in English and Spanish: the text and captions, however, are fully presented in Japanese. Inadvertently, this awkward but realistic design choice enables English-speaking players to fathom part of the story, providing meaningful clues to puzzles otherwise impossible to be cracked. Aconcagua is a very pleasing experience where the majority of the conundrums can be resolved exploring the venues and investigating them for hidden features, making the most creative use of the short resources available. Not like the popular and uncompromising PC titles of the point and click adventure genre, this SCE release is gladly deprived of the infuriating, almost insoluble riddles that plagued and tainted some of the most promising adventures of our age: instead, it focuses particularly on the narrative and accessible gameplay.

Right from the first contact with the game, one is bound to question himself about the reasons that led Aconcagua to its current state of absolute anonymity and obscurity. The unique plot seems absolutely unseen in a console game, presenting credible political environment as a basic premise for dealing with complex themes such as the instinct of survival, the power of ideologies or group psychology. Atypically, there isn’t much room left for fireworks, wisecracks or the comic relief moments that abound in the video game medium: though there is a pleasurable hint of action movie excitement, the overall tone is very earnest, as realistic as a commercial title of its day could ever be. This solemnity is also present in the orchestral game music, aptly written by experienced video game and anime soundtrack composer Kazuhiko Toyama. Aside from some rousing themes, very similar to Jerry Goldsmith’s work in several action movie scores, Toyama’s work also comprises more emotional and introverted melodies. 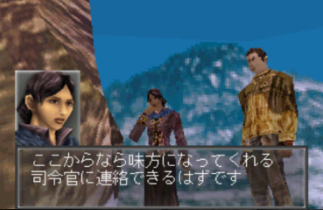 Unique in its style and execution, Aconcagua can be considered as one of the great forefathers of the survival genre, explored in similarly rare and unappreciated games such as Zettai Zetsumei Toshi series (Disaster Report and Raw Danger), where the harsh natural conditions also pose a threat as large as the enemy’s. Though flawed, it is an impressive and honest statement of how different subjects and perspectives can be explored in video games, evading commonplaces and going beyond the ordinary design choices.