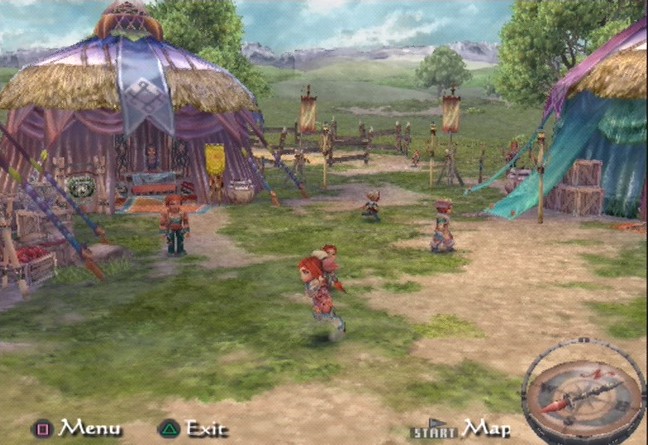 After two very different games, the series returned to its roots in 2005, with a remake of the first Romancing SaGa. The term “remake”, however, should only be used lightly. While the main plot and a number of quests remain the same as the Super Famicom title, the game has been completely revamped with features taken from throughout the series. Elements that were not yet introduced when Romancing SaGa was released, such as glimmering battle techs, are now included in the remake. Special attack combos, first introduced in SaGa Frontier, has not only been included, but also expanded upon. Weapon durability is also reintroduced into the game, albeit with a twist; durability only decreases when performing special attacks. A blacksmithing system also returns, although it has been extremely simplified compared to the one featured in Unlimited Saga.

The remake also introduces many completely new features, further distancing itself from its Super Famicom forbear. While still focusing on free-roaming adventure with a multitude of quests to complete, the manner in which the quests are accessed is new. The number of quests available to the player at any given time is based directly on their current Event Rank, which is derived from the overall skill levels of their party. Certain quests will only become available once you reach a certain Event Rank, while others may become inaccessible once your Event Rank becomes too high. With literally dozens of quests appearing and disappearing as your Event Rank changes, it is almost a certainty that, unless you are using a guide, you will not see everything the game has to offer in a single play through. While this may irritate those who feel the need to do “everything” in a game, it makes for terrific replay, as every cycle will be different. 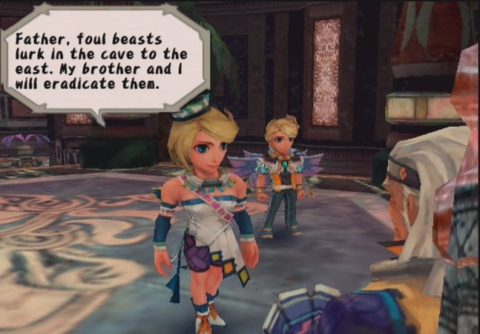 Interestingly enough, Minstrel Song includes some very elaborate features that are never fully touched upon in-game. For example, every action you take affects your favor with the myriad of gods that rule over the games’ world. The level of favor with the different gods can affect certain elements in battle and even the accessibility of certain quests. But, knowing this is completely unessential to playing, and it is very easy to beat the game successfully with never hearing of it. As a result, these elements may seem fairly useless. However, learning and taking advantage of them can certainly lead to a richer experience.

Also noteworthy is the fact that every line of dialogue in the game is fully voice acted. The acting itself ranges widely, from good to terrible, in the US release. However, the fact that everything, from important cutscenes to the most minor of NPCs, has recorded dialogue is impressive in itself. The inability to skip through the text can get annoying though. 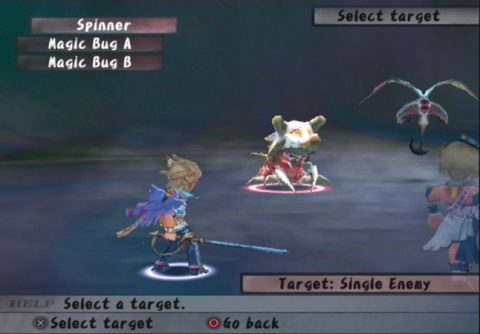 Perhaps one of the strangest quirks in the game is the in-game design of the character models. The characters have the short, stubby, Super Deformed look common to many JRPGs. However, rather than looking cartoony or animeish, their features are done in a fairly realistic style. This contrast creates a bizarre look that makes the game look like it takes place in a world populated entirely by dwarves. While this does nothing to really change the game, it certainly makes it pretty unique looking. The graphics overall are something of a mixed bag. Some of the towns and castles look fantastic, but the overworld and battle segments look extraordinarily low budget. There are also a handful of full motion cutscenes that use a similar cel shading technique as Unlimited Saga. After a two game absence, Kenji Ito once again returned in order to compose the soundtrack. While the game does include plenty of redone tracks taken from the Super Famicom original, which sound fantastic, the real treat is the large number of newly composed tracks. Finally, the songs can include real guitars, which make Ito’s battle themes all the more rocking. 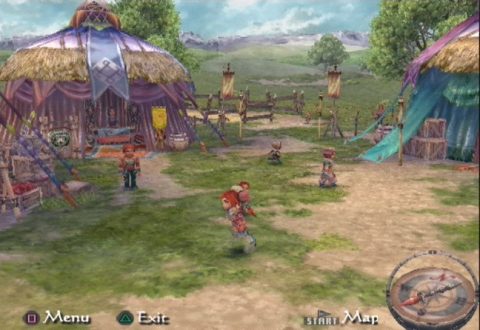 The PS2 game is technically the first game in the Romancing SaGa series to be translated into English, and it ditched the “Minstrel Song” title when it was localized. However, like all of the previous SaGa games, it was critically panned – although not quite as much as Unlimited Saga – and sold poorly.