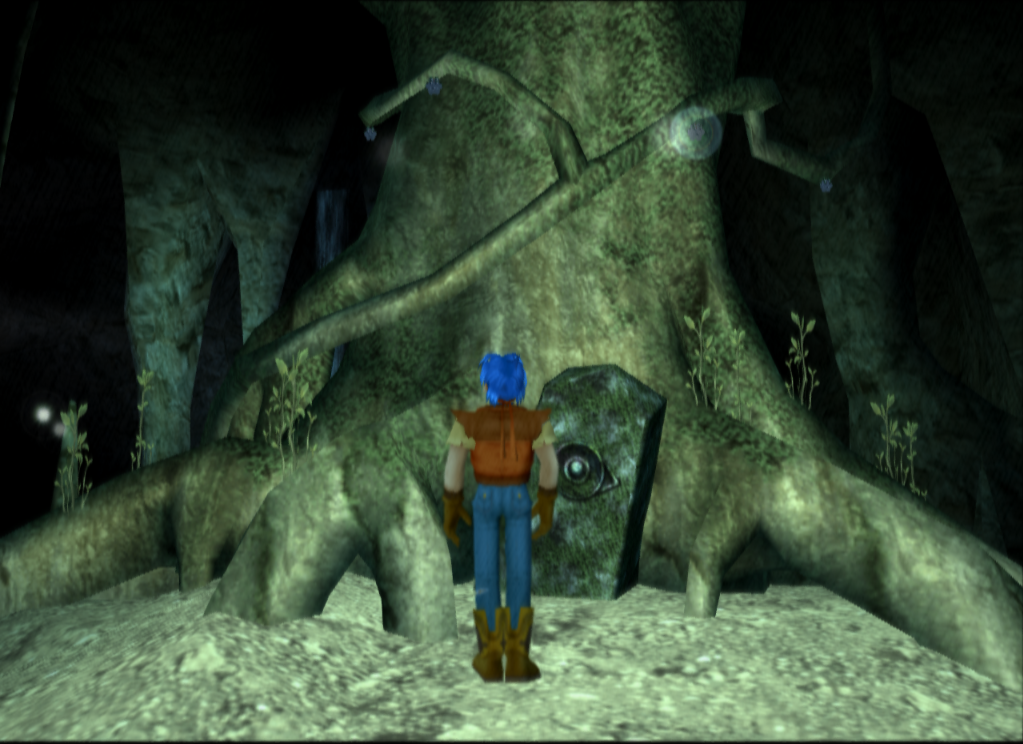 Wild Arms: Alter Code F is an enhanced remake of the original game. It adopts many of the gameplay mechanics of the sequels, includes a significant graphical overhaul, adds complexity to the world and how players interact with it, and extends the narrative with more detail and personality. It comes as a surprise then that Alter Code F just isn’t as good a game as the original. Not that it’s bad either. It’s rather that the original Wild Arms never needed a remake, and despite its added bells and whistles Alter Code F doesn’t bring enough innovation to the experience to justify its own existence.

As stated in the first article, Wild ARMs is endearing exactly because of its simplicity. It has limited frills, basic gameplay, serviceable plot, nothing extraordinary but still solidly good and fun. Alter Code F remixes the music, completely redesigns the puzzles and dungeons, adds new features to the battle system, adds CGI cut-scenes, and altogether makes things more complex than they ever needed to be. Again, it’s not that any of these changes are bad, and not that players won’t enjoy their time with Alter Code F. It’s just that the additions don’t feel necessary. Everything new in Alter Code F feels tacked on when compared to what the original accomplished. 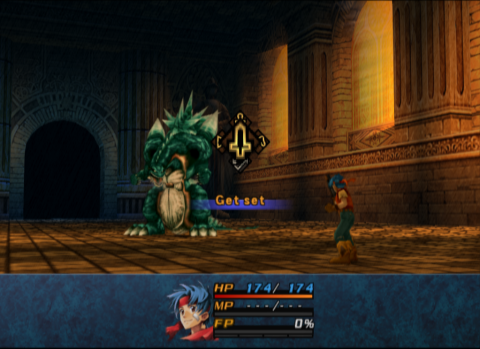 Some WA3 carryovers include experience point bonuses, the ENC meter, Millennium Puzzle Boxes, gardening, personal skills instead of equipment, the Abyss (which is again an incredibly long, tedious, and difficult sidequest), etc. For the most part the changes are minuscule and not worth mentioning. There are however a handful of interesting modifications.

Personal skills are slightly different now. You still equip accessories to enable certain immunities or power-ups, but PS points are now determined by the accessory rather than player level. Each accessory only comes with so many PS points. You need 10 PS points total to get the full strength of a personal skill, but most accessories only come with two to four PS points. So accessories now come in levels, for example a Full Libra I will only immunize you from status effects by 2 PS points. You can’t equip two Full Libra Is, so you’ll have to find Full Libra II and so on in order to max out that skill.

One absolutely beautiful addition in its favor is that Alter Code F finally gets the search function right. Or at least as right as a flawed gameplay function of its kind can be. This is the only game in the series to really do it in a way that doesn’t hinder the player with frivolous searching. At last you can simply see where your next location is going to be on the map before you discover it. You have to find the right trigger for it, usually an NPC in the last village you visited who tells you where somewhere is, but before you discover a location it will show up as a blinking dot on the world map for you to locate. No more wandering around wasting time. The search function is finally exclusively a challenge in locating hidden items and locations, which is what it should have been in the first place. 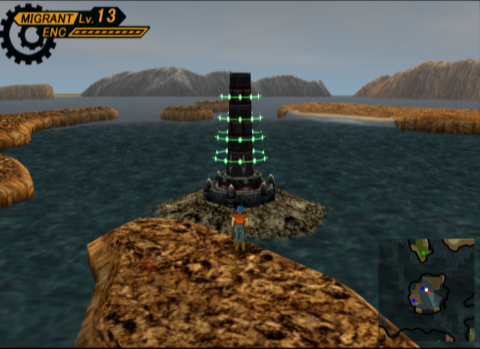 Alter Code F‘s battle system feels less balanced than its predecessor. Not game-breakingly so, but the characters don’t complement each other as well anymore. FP and MP are separate once again, and there are no items that raise your MP. You have to rest at an inn or wait to level up if you’re out. Cecilia no longer has Mystic, which is kind of a pain since that means you can’t ration Lucky Cards by using them on the group as in WA3. You do get more experience bonuses than in WA3, but it’s tough to strategize with these. Rudy no longer has his sword, instead he uses his ARM for regular combat in the same manner as the WA3 protagonists, with a limited amount of ammo that needs to be refilled by guarding.

For the most part though, battles feel entirely too dependent on Rudy’s strength, with Jack and Cecilia only chipping away at enemies or else exploiting the occasional trick weakness. Jack is weaker this time around, no longer the game’s tank, making Rudy the powerhouse of the team. Jack still learns skills by finding them in the environment, but now they come with a level-up system wherein the skill rises in power and shrinks its MP usage after a certain amount of uses. Cecilia still has her Crest Grids, though the expanded grids have been removed, and she is now the only one who can summon Guardians. Force abilities are limited now too, with each character only getting their first one (Lock-On, Accelerator, and Material).

Alter Code F‘s graphics are fine, considering the era, but not great. They lack its precursor’s aesthetic distinctiveness, or even the simple chibi charm of the original, and instead appear a bit plastic-y and cheap. Some of the environments do look good, a bit of that bizarro-world H.R. Giger technology from WA3, but there’s not enough of it. It’s a top-down point of view with 360 degree camera rotation, and the view is from further away than before, making it more indistinct in normal gameplay. This is especially a problem with navigating hard-to-see areas in dungeons, as well as spotting hidden items and puzzle triggers. It’s not clear why the perspective has to be so far away, either, as the models look fine zoomed at the same level as WA3. The only advantage is that you get to see a bit more of your surroundings when exploring dungeons, which helps eliminate some aimless wandering.

Important NPCs from the original reappear this time around as playable characters. Calamity Jane, Emma, and Zed are all permanently recruitable. Jane’s butler Magdalen and the Elw girl Mariel are also playable briefly, but you can’t recruit them after their time in the party. To review: Jane is a bratty treasure hunter with a secret heart of gold, a fairly straightforward tsundere type toward Rudy; Emma is the narcissistic scientific genius whose excavation of the golem Lolithia kicks the plot into motion, and whose technology is later used for mastering air travel; Zed is the ninja-esque comic relief villain who stops helping the Quarter Knights off-screen at some point in the game. You recruit them all extremely late in the game—when the final dungeon opens up, in fact—so their use is exclusively in making side quests and the very end of the game easier.

These characters bring some interesting mechanics to the game. Mostly, though, they are needed to fight the game’s side bosses, who all have weaknesses only these characters’ skills can most effectively exploit. Jane wields a gun just like Rudy, and she has Mystic, which would have been so much more useful on Cecilia but is at least present somewhere in the game. Emma is the game’s Blue Mage with her Download ability, which works just like Mariel’s vampire abilities did in WA2. She ends up being one of the most formidable characters due to the shear amount of abilities she can obtain. Zed is powerful but one of the least dynamic characters to play as. You get new skills for him by buying them in the Elw Dimension.

The story, as mentioned in the first article, is simple and should have been told simply. The translation this time around is noticeably even worse. Not as bad as WA2, but not great either. In the original, the weak translation worked fine because there wasn’t much to it. We had a general idea of each character, a general idea of the plot, and that’s all we needed. Bad guys want to take over and/or destroy the world, ragtag group of heroes try and stop them. Easy. Again, Alter Code F tries to add complexity where there doesn’t need to be any, and it just doesn’t work out. 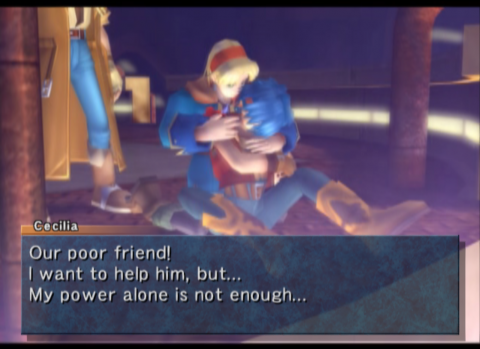 First time Wild Arms players won’t have a bad time with Alter Code F. Even series veterans will find pieces to enjoy. But Alter Code F doesn’t enhance the Wild Arms formula in the right ways, doesn’t push the series forward. The remixed music is lovely, the graphics will serve, the characters are endearing, but it’s just not needed if you’ve already played the original. Any steps it takes forward are offset by a number of steps back. 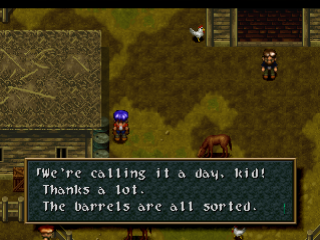 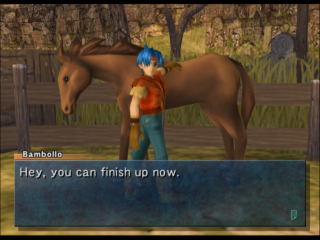 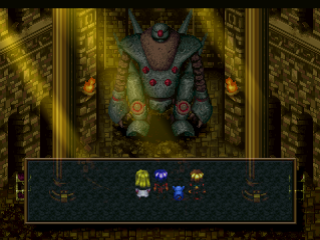 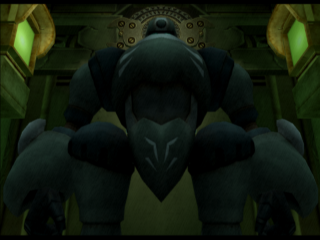 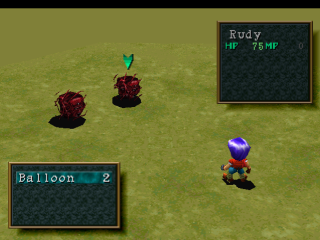 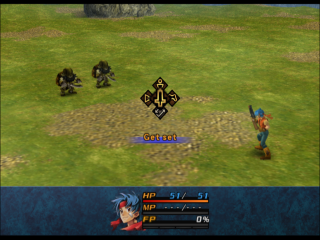 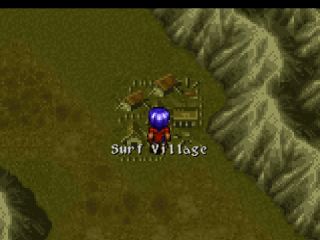 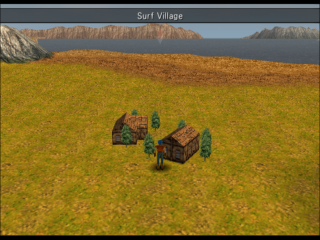