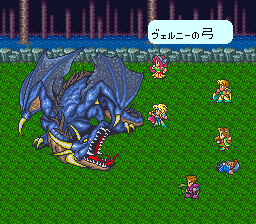 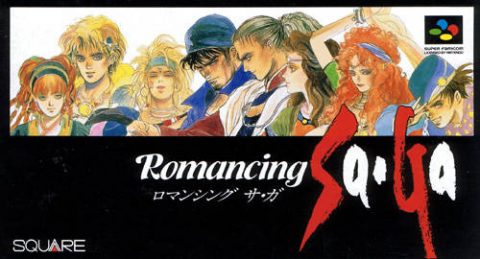 The first in the series not on the Game Boy, and the first in the Super Famicom trilogy, was, unfortunately, also the first to not to be released outside of Japan. Romancing SaGa is the game that really established most of the traits that the series is known for. Discarding the linear style of the previous installments, Romancing SaGa focuses on open-ended adventure, giving you free reign to explore the game world as you please, and accessing quests in any order you chose. 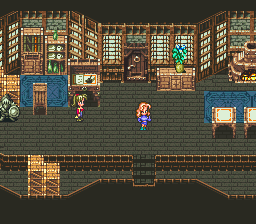 The main plot involves the evil god Saruin, who was long ago stripped of his powers and sealed away by the hero Mirsa. Unfortunately, the god’s Minions plan to restore him, and thus are seeking the Fatestones, the legendary jewels in which Saurin’s powers were placed. Instead of having one main character, there are eight possibilities for you to choose when you start the game. The gorgeous character illustrations are by Tomomi Kobayashi, who went on to supply the artwork for the rest of the SaGa series. 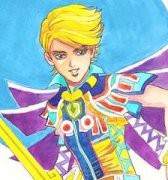 Often considered to be the central character, Albert is the son of the lord of Isthmus Keep. When his family home is assaulted and destroyed by monsters, he is separated from his family, and forced to seek refuge with the royal family of the kingdom of Rosalia. 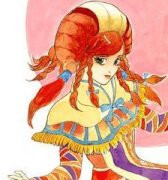 Aisha is a member of the nomadic Taralian tribe, who initially leaves her village to explore the world. When the rest of her tribe later disappears, she searches for their whereabouts. 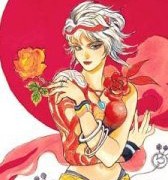 Barbara is a carefree dancer, who is part of a traveling troupe of entertainers. A free spirit by nature, she wanders the world, with no particular goal in mind. 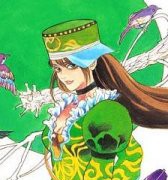 Claudia is a female ranger, who lives in the woods with her animal companions. She was raised by the mysterious forest witch since birth, and is venturing away from her woodland home for the first time. She soon discovers her unexpected connection to the powerful Bafal Empire. 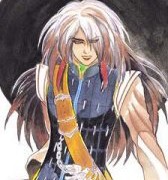 A tacit, emotionless mercenary, with magnificent sword skills. Gray travels the world in the pursuit of riches. 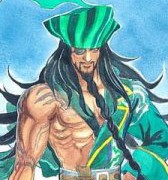 A powerful pirate, who seeks revenge against his rival, the villainous pirate known as Butcher. Unlike most people in the world, Hawke gets along quite well with the lizard-like Geckling race. 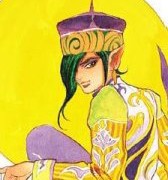 A young thief who lives in the slums of South Estamir with his childhood friends. Despite his meager living, he dreams of making a better life for himself and his compatriots. 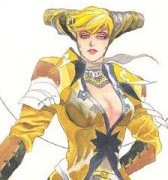 A powerful, female warrior from the icy region of Valhalland. Sif is honorable and proud, and seeks to hone her formidable fighting skills. 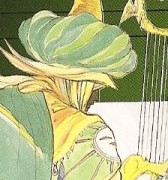 Central to Romancing SaGa‘s plot is the Minstrel, a mysterious, wandering bard who can be found in pubs throughout the world. An identical looking character can be found in both Romancing SaGa 2 and 3, and although the connection between them is never stated, given his role in the first game, it is entirely possible that they are all meant to be the same individual. 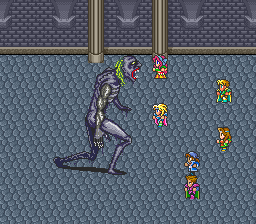 In addition to these eight, there are a large number of other characters that can be found in various locations, and you can recruit up to six of them for your party. Although each main character has a specific, linear intro segment, the game soon leaves you to your own devices. By talking to townsfolk, you can learn about new locations which will open up on your world map. You are free to travel to any location that you have heard of, with little restriction. Additionally, talking to various people in the world will give you access to a multitude of quests, which can be undertaken in almost any order and form the meat of the game.

Much like the GB games aped the same basic style of the 8-bit Final Fantasy games, Romancing SaGa is visually very similar to Final Fantasy IV and V, to the point where the character sprites look almost identical. The battle scenes have shifted away from first person perspective and changed to a side-view, though the interface has changed a bit so the field fills up the entire screen, rather than taking up the bottom portion with a menu. The music benefits the most, though, with Kenji Ito’s brilliantly rocking score comparing favorably to Nobuo Uematsu’s more well known soundtracks.

Romancing SaGa was also the first game to fully implement the method of character growth that would become the standard in the series. Similar to the first two Game Boy games, character stats increase sporadically at the conclusion of battles rather than through experience points and level ups. New in this installment are weapon levels. Your party members are able to equip any weapon, and as they continue using it, their skill with it will increase, allowing them to do more damage, and eventually learning up to four weapon-specific attacks. Unfortunately, the skill levels are specific to each individual weapon. You may have high ability in a particular sword, but exchanging it for a stronger sword will force you to start from the beginning, resulting in low damage and no special attacks until you put in the effort of regaining the skill levels. 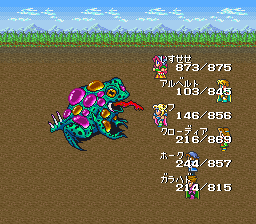 Other flaws exist in the game as well. Romancing SaGa introduces battle formations, which allows you to position your party members in three different rows. Unfortunately, if you’re attacked by an enemy from the back or side (which is extremely common), the formation becomes scrambled. Since certain weapons are only usable from specific rows, this can be rather frustrating. Additionally, while random battles have been eliminated, the number of enemies wandering around each area is ridiculously high, and they tend to swarm your position. This results in you being forced continuously into battle after battle, often times with your party formation messed up.

Despite these drawbacks, Romancing SaGa is still a revolutionary console RPG in its method of non-linear exploration, and paved the way for better things to come. The game was later re-released for the WonderSwan Color in 2001, which was essentially a straight port of the SNES original with a smaller screen and degraded sound, and later completely remade for the PS2, which will be discussed later. 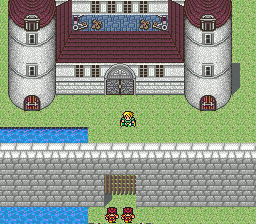