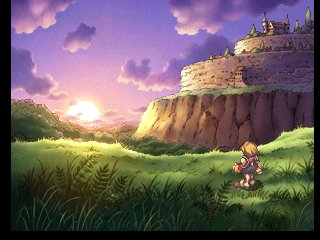 SaGa Frontier 2 was the second game in the series to be released on the PlayStation. In this installment, however, the open-ended gameplay that had been prevalent in the series until this point was largely abandoned in favor of a scenario system. You are given a choice of several possible scenarios to choose to play, and once it is completed, you are sent back to the list to choose again. While the order you choose them in is largely up to you, each one is completely straightforward and linear. In fact, many of them are simply story scenes that require no interaction from the player. Thus, unlike the rest of the series, SaGa Frontier 2 is not about exploration, but about telling a story. Perhaps as a throwback to Romancing SaGa 2, the plot tells the story of various individuals over the course of eighty years. Tying the various characters’ plots together is the presence of a powerful, mysterious relic, known merely as “The Egg”. 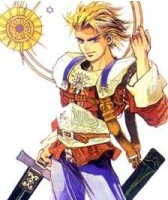 Born the prince of the kingdom of Finney, he is disowned and banished by his father when, as a child, it is discovered that he possesses no “Anima”, the magical force that all living things are supposed to have. His story details his rise from a disgraced child to a powerful lord and hero, fueled by the desire to forge his own destiny. He wields a self-forged sword made out of steel, something that is unheard of in the game’s world. 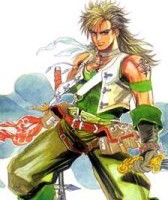 A young man who becomes a treasure hunter, or “digger”, in order to uncover the secrets of The Egg, a relic that was responsible for the deaths of his parents. Decades after his own quest, when he is an old man, he joins his granddaughter in the final confrontation against The Egg. 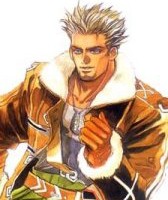 Richard is Wil’s son, and a treasure hunter like his father. His journey for riches is halted, however, when he encounters The Egg, thought to have been defeated by Wil years before. 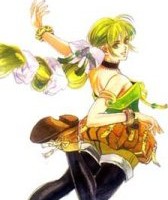 Rich’s daughter and Wil’s granddaughter. As a teenager, she runs away from home against the wishes of her mother in order to become a digger. She soon finds herself involved in the final battle against The Egg. 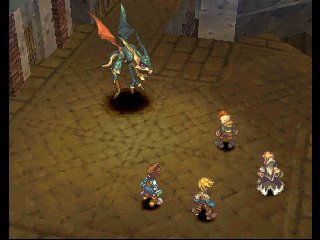 Perhaps to go along with the major break of SaGa tradition the game represents, the graphical style used is completely different than anything seen in the series. Hand painted backgrounds done in watercolor make the game look like a storybook, which fits its method of storytelling quite well. The soundtrack is composed by Masashi Hamauzu, who later went on to compose Dirge of Cerberus and contribute to Final Fantasy X. His music focuses on more classical instruments like the piano, melded with some electronic elements, rather than the guitar-driven songs of Kenji Ito’s work. Despite being drastically different, it’s still decent and goes well with the atmosphere of the game.

Despite the numerous differences that made SaGa Frontier 2 unique within the series, the battle system remains almost identical to the previous games. Weapon durability, not seen since SaGa 2 on the Game Boy, has returned, although it was now possible to repair weapons at a blacksmith. One new feature is the occasional one-on-one battles. When confronted by a single enemy, you have the option of sending only one member of your party to fight it. Rather than a standard battle, these one-on-one fights play out like a duel, with each side choosing from a list of commands in order to attack and counter each other. There are also strategy battles – however, they’re infrequent and very bare bones. 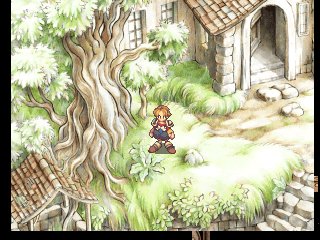 While SaGa Frontier 2 is a well made game, some fans of the series were addled by the new style used. Some perhaps were misled by the name – despite being titled as a sequel to the first SaGa Frontier, it’s a very different kind of game altogether. Other complaints stemmed from the scenario system; as you rarely use the same characters for many scenarios, you can often find yourself being forced to train characters, only to never use them again. However, the complaints were nothing compared to the backlash that would occur with the following game.