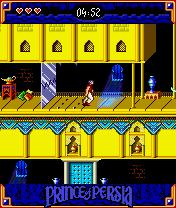 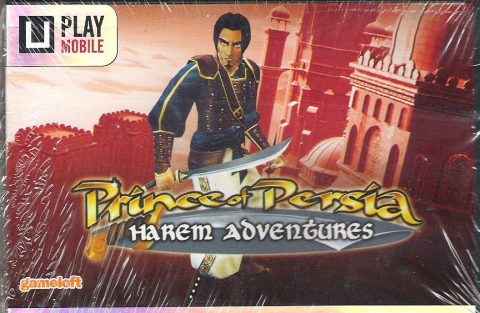 Shortly before Ubisoft should bring back the Prince in full swing, then budding mobile game developer Gameloft filled in the gap with a little side story in between. Prince of Persia: Harem Adventures imitates the gameplay of the original, but the setting is so much sillier. The ever-evil vizier has stolen the whole sultan’s harem this time, either to blackmail the sultan into giving up his throne or to conduct “experiments in abstinence”, depending upon which version is played.

In seven short stages, the Prince is sent out to rescue the ladies, and is rewarded with supposedly sexy images of them. There’s no time limit, but instead the timer counts up to save the best clearing time. Given their small size, the levels make good use of the basic gameplay concepts, but they lack the higher finesse seen in the more difficult sections of the original with elements like timed switches, tactical use of falling plates and the like. They also contain the occasional reset point in case the Prince should die, upon which he is turned into a cloud of dust: There’s no blood in this game (enemies just fall out of the screen when slain). They botched the fighting, though, as the best method in any fight is just bashing the attack button as fast as possible. The initial guards are later replaced by ghosts, but it makes no difference other than their color.

As a mobile game, Harem Adventures’ biggest problems is the control scheme. Besides having to deal with your phone’s keypad, there’s no separate button for cautious steps. These are rather accomplished by shortly tapping the button instead of keeping it pressed. Needless to say, this doesn’t always work out well for the player, especially not in difficult and exciting situations. 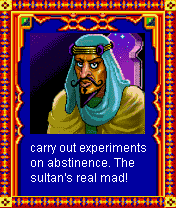 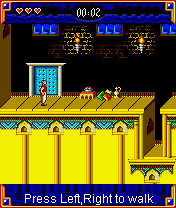