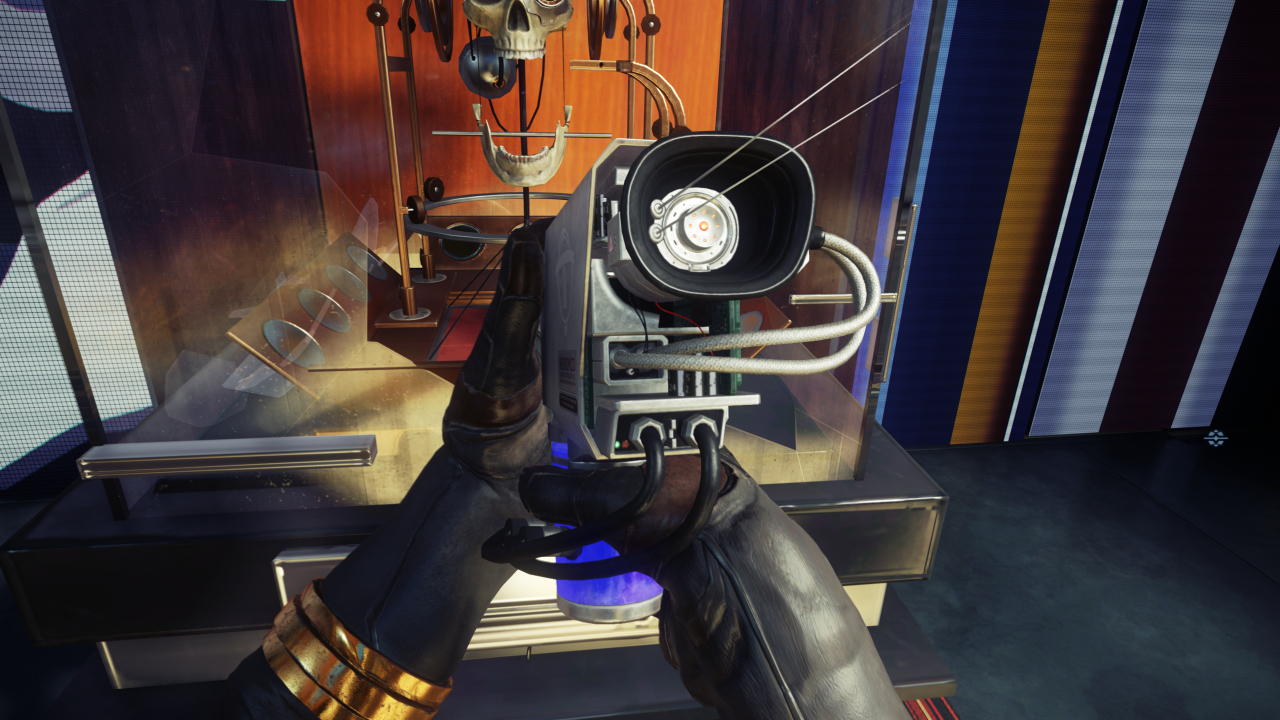 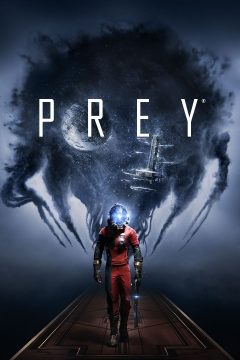 By all accounts, Arkane Studios decided on the name Prey not because they wanted to reboot the old game, but just because the name was a good title for what their game was going for. You could argue the name “Psycho Shock” would be more appropriate overall, but that could have created some friction with Take Two. There still seems to be some shared DNA, like starting the game with the lead looking in a mirror, using a wrench as your melee weapon, and the use of mirrors to create impossible sights, facing down powerful aliens, but the real foundational stuff come from the classic System Shock games, down to anti-grav elevators and being stuck on a space station overrun with an inhuman menace that can even weaponize humans though mind control. It also has very, VERY similar gameplay, ultimately a sort of sci-fi dungeon crawler that rewards outside the box thinking. 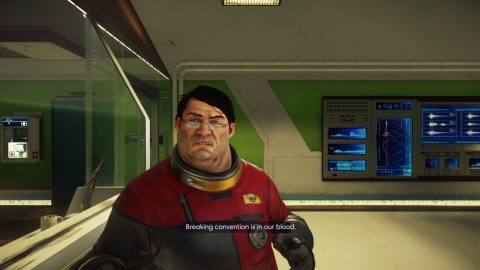 You play as Morgan Yu (man or woman, your choice), a high ranking scientist for the TranStar corporation and a member of the company’s owning family. You wake up in your apartment and head to work, as your brother Alex has you do some tests first. They act as a basic tutorial but are also…strange. The scientists observing and instructing you are reacting to whatever you do oddly, and then everything goes off the rails as you see a ink black tentacle monster turn into a coffee cup and suck the life from the lead scientist as gas comes out to knock everyone out.

Then you wake up in your apartment. Everything seems the same, but items are moved around…and your email is warning you to get out – now. After getting a wrench from the now dead and disfigured repair woman in the hall, you break through a stuck glass door and find out you’ve been living in a simulation for a long time, and are not even on Earth. You are on a TranStar space station overrun with alien monsters called the typhon, and an artificial intelligence that you apparently made is trying to guide you to solving the problem. What happens from here is up to you. 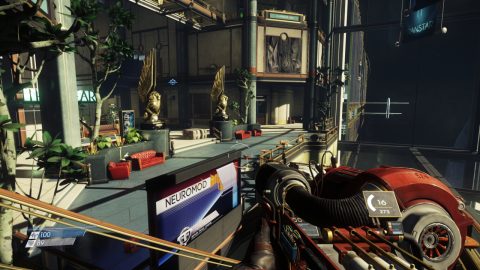 It’s an incredible opening, well paced, teaches you the basics, and gives you one hell of a revelation to take in while dozens more are being laid out in emails and audio logs. The game never has a moment matching this until the ending, which is also incredible and a rare example of an immersive sim having a good ending, but makes up for it with the great gameplay loops. You can collect a variety of tools to help you, including two regular guns in the pistol and shotgun, and an invaluable stun gun. You also get weird stuff like the gloo gun, which can be used to create platforms on walls and slow down enemies, a nerf gun with a surprising amount of uses, and your grenades/traps do wild stuff like turn any mater in the immediate area into material cubes you can use to 3D print stuff. Oh, and you also have the Q-beam, which microwaves things from the inside out to explode them, which while impracticable, is very, very fun, and even useful for mimic mobs as they pop fast and explode around their buddies. Most all of these can be upgraded with weapon upgrade kits, which you can use more of with the proper amount of neuromods invested in your skills.

TranStar had been experimenting with the typhons (the aliens you’re fighting) to make neuromods, the game’s skill points, which can implant you with recorded skills and abilities. This includes expected stuff like more health or being better with guns, to stranger skills like hyper focus slo-mo. This can also give you typhon abilities too once you have the psychoscope, which lets you scan the buggers to learn more amount their strengths, weaknesses, and their unique powers. Too many makes the station turrets fire on you, but all of the abilities are useful and fun to mess with, including letting you control corpses, turn into objects, and fire energy blasts with your brain. These also aren’t evil powers, unlike what the game initially implies, as you can make use of them to help people on the station perfectly fine, though too many does cause some NPCs to react to you negatively in dialog. A refreshing change of pace from Dishonored‘s “HAVE FUN AND BAD ENDING” nonsense. 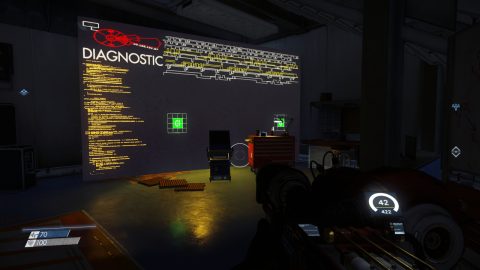 As an immersive sim, Prey leans heavily into approaching every situation as a problem to solve with knowledge of how you can use your tools. For example, you can wrench smack little mimic guys all day, but try that on a humanoid phantom and it will end badly for you. So, why not use the gloo gun to slow it down first, then do some damage with one of your guns, or lay a trap for it with a recycle charge trap and lead it in with a thrown item or nerf shot? Sure, you could fix an elevator or fight through the stairs, or you can just use your gloo gun to make a safe path to the top. Need a code to open a door? Is there a window nearby and does that door have a little unlock button? Nerf it! Works on computers too! Need to more a heavy object to get through a entrance? Spend neuromods to lift them with leverage, spend a precious recycle charge…or just throw stuff with some weight at the pile enough (if you have leverage II at least) that it knocks something loose and you can squeeze on by.

There is always another way to handle a problem, outside a few moments with entrances blocked by immovable planks that you need a mimic transformation to traverse, which makes the game constantly rewarding in the sorts of secrets and surprises you can find by just thinking creatively. No matter how bad things are, there’s a solution. The game also breaks itself up with zero gravity exploration segments outside the station and in broken up areas, having you move in all directions with a jet pack (which you can also use for hovering in the station). Zero-G fights aren’t the best, but it keeps things fresh and allows you to enter the station from a variety of air locks as shortcuts. There are even side quests and interactions with NPCs, which while not really changing the ending, does massively change up the main scenario, especially impressive on how much the game remembers in how characters act and how your objectives can change. It’s not obvious until the final stretch, though. 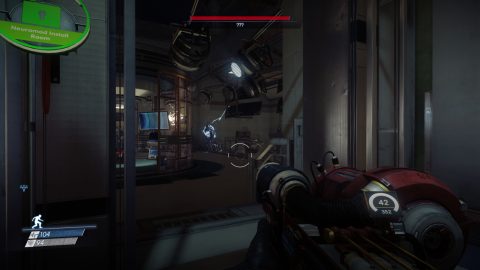 The story during this stretch of the game suffers a bit. You can feel some rush towards the finish line, from multiple NPCs populating rooms for the first time halfway through the game and talking over each other with broken audio levels, to how awkward doing some interactions can be. There’s one particularly dark moment undercut by having you cycle through about half a dozen empty flavor lines to get to it, and a lack of a dialog system makes your presence in these scenes feel strangely stilted. There is a reason for it, but it doesn’t feel like interactions were thought through enough to make it work in the core campaign.

There’s also a harsh difficulty curve early on due to the game not being designed like a traditional action game. Normally, enemies have tells for their attacks you can read and stick to one move or attack until finished. Not the case here. Phantoms, for example, can both do their teleport dash while charging and even firing their energy blasts, and you aren’t exactly an action hero in your agility, even at high levels. There’s also some feedback issues here and there, such as some AOE attacks being hard to read if you get hit by them. The first time you face a flaming phantom, you may not even realizing they’re summoning flames around you as their attack, and you’ll be encountering one early if you explore the medical area of the station hub. 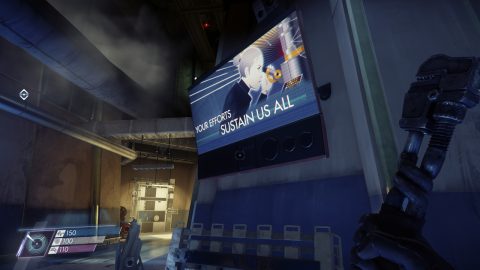 The difficulty also completely drops off with enough neuromods, which are easy to get because you can make them early on. The game has a lot of looting, as you can recycle anything with recycle stations (and recycle charges) for material, then use that material at fabricators, usually placed next to or near by to recycle stations, to create items. As long as you have the schematics found through the station, you can make it. You get the neuromod schematic during a story beat, and can just outright made skill points (and also weapon upgrade kits) to get stronger even faster. Even without any typhon powers, the game can become very easy if you pump enough into upgrade abilities, crafting bonuses, and combat skills. Even nightmares, special mini-bosses that start spawning randomly in the station, can be decimated with a slo-mo onslaught of shotgun shells without it letting off an attack. Add in chips you can equip on your suit and psychoscope, some quite broken in their bonuses, and you effectively become a living god.

This is fun in its own way, though. The game is so unbalanced that it eventually becomes a delight to break, constant reward for good play and exploring the station thoroughly. You don’t see stuff like this from major releases often, it’s kind of refreshing, and also lends itself to replays, even if there’s only two endings (the third being a bad ending if you go straight for the escape pod). Unfortunately, Prey released in a messy, buggy state, enough that IGN initially gave the PC version a 4. The game undersold quite a bit, another immersive sim that bombed at launch, but it has finally been getting the love it deserves half a decade later as interest has rekindled with Arkane Studios’ Deathloop managing to become a hit. 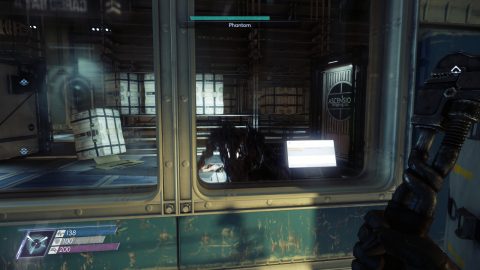 It should also be noted the game has two DLC, and one of them is now a separate game…sort of? Mooncrash is proper DLC that is basically its own separate game, taking the foundation of the core game and turning it into a roguelike with a variety of stories to explore with a set of various characters. It’s an innovative experiment worth playing that explains a bit more of what happened in the main game. Typhon Hunter, on the other and, is a poorly balanced multiplayer suite originally released for free that was released again as a twenty dollar game with a new VR experience that is fairly underwhelming. Easily passed over, and the store listing on Steam is extremely confusing as to what it even is. 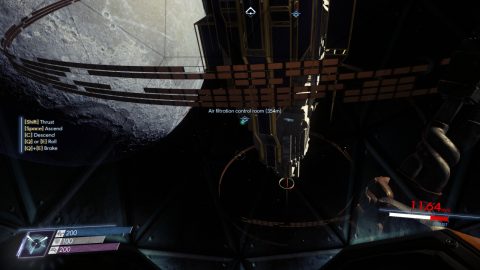 If there’s one thing that both Prey games share, it’s that they’re inventive, playful experiences that might be some of the most memorable times of their respective genres. They’re cult classics that deserve to be rediscovered by a new audience, and there’s definitely a lot to learn from both of them. Nobody has done what Prey 2006 did, and currently, nobody has managed to recapture the joy of the old System Shock experience like Prey 2017 with so many fresh tricks and ideas. Look up both of them and don’t let them become footnotes in the history of classic shooters and immersive sims, these are some of the best you’ll find in those fields, made by extremely creative people with a true love for the medium.

The Operative: No One Lives Forever
Night mode