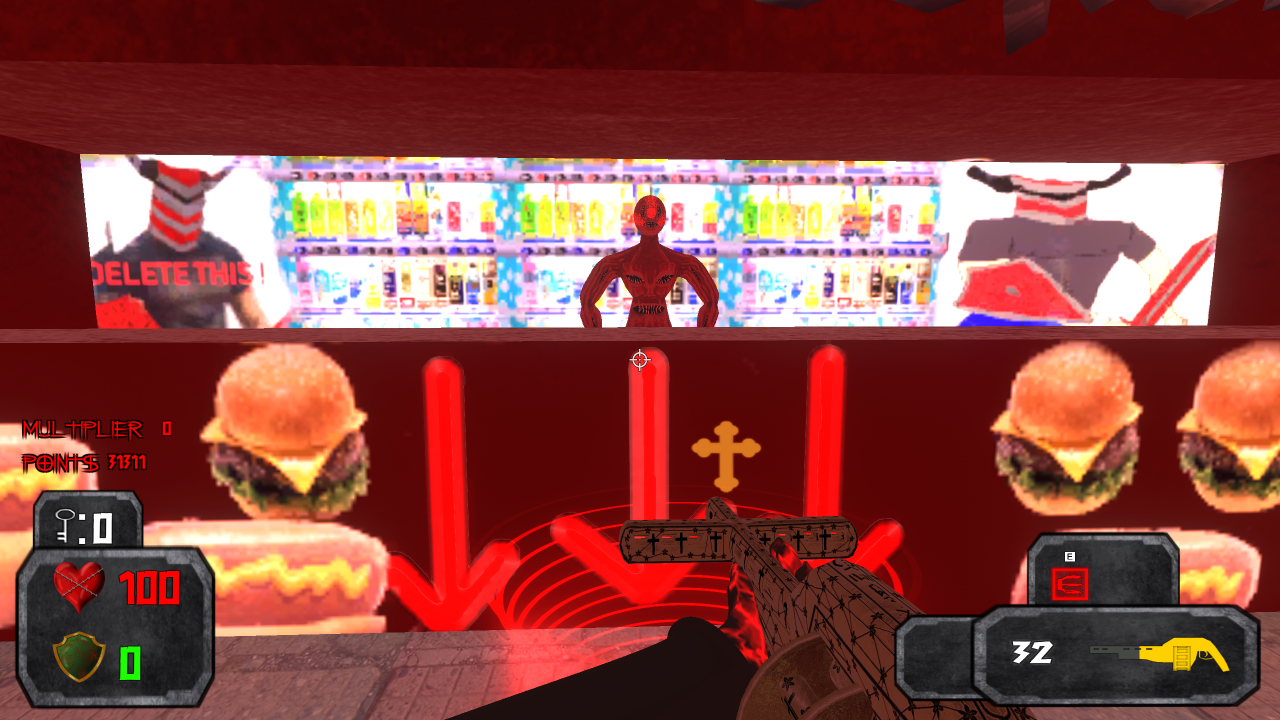 Limitless Hunger leaves quite the first impression, putting it nicely. It looks rough and awkward, with weird textures and models. However, it is a good game, and well worth your time, a passion project trying to create a modern classic shooter that started development around the retro FPS boom started in 2018. What’s interesting is that it tries to combine Serious Sam and modern Doom mechanics, and manages to create a speedy, violent fun time in the process. 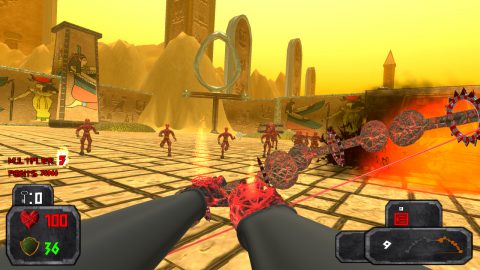 The story is nonsense where you make a deal with the devil but it never becomes important again. What matters is shoot and kill. You have a fairly standard weapon set, with some neat additions (like a bow that fires explosive arrows), plus some appreciated alt fires you can buy with points earned from kills. The shotgun has a lobbing grenade, assault rifle has an overcharge mode, sword gets a sword beam that travels through enemies, ect. You also have a “slayer chain” that works on cooldown, zipping you towards an enemy targeted and returning health, also killing low tier enemies or damaging higher tier ones.

What follows are large mobs that teleport in, melee chargers and tougher enemies with projectiles and special attacks, many of them clearly borrowed from other games. The developer was not shy about their ambitions, so it feels less like ripping off and more like loving tribute, and there are enough differences for the game to feel like its own unique thing. Plus, it’s hard to go wrong with demon murder set to metal guitar. Even the art style becomes charming very quickly, as you see all the details put into the models and worlds, even with limited resources. It’s sort of like reading Tails Got Trolled and being surprised by the development of an actual style in its crude look that creates strong emotional faces, not to mention the strong fight scenes. Here, it comes down to creative color and effects work to make striking sights. It’s also not hard to smile at the all over the place voice acting, especially the burger stand in level one. 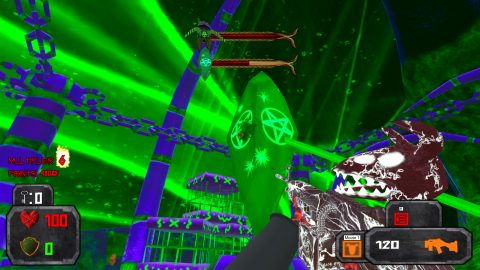 The one odd thing is the game makes you think it’s going to be longer than it is with level two being a full on Serious Sam sized big level, not to mention level one’s three bosses, but it’s a good time overall. Give Limitless Huger a shot, it’s a charming slice of teenage edginess with just enough self-awareness to lean into a goofy tone to its benefit. It’s just five bucks and a great example of what neat little surprises you can find in the indie scene if you’re willing to go in with an open mind.