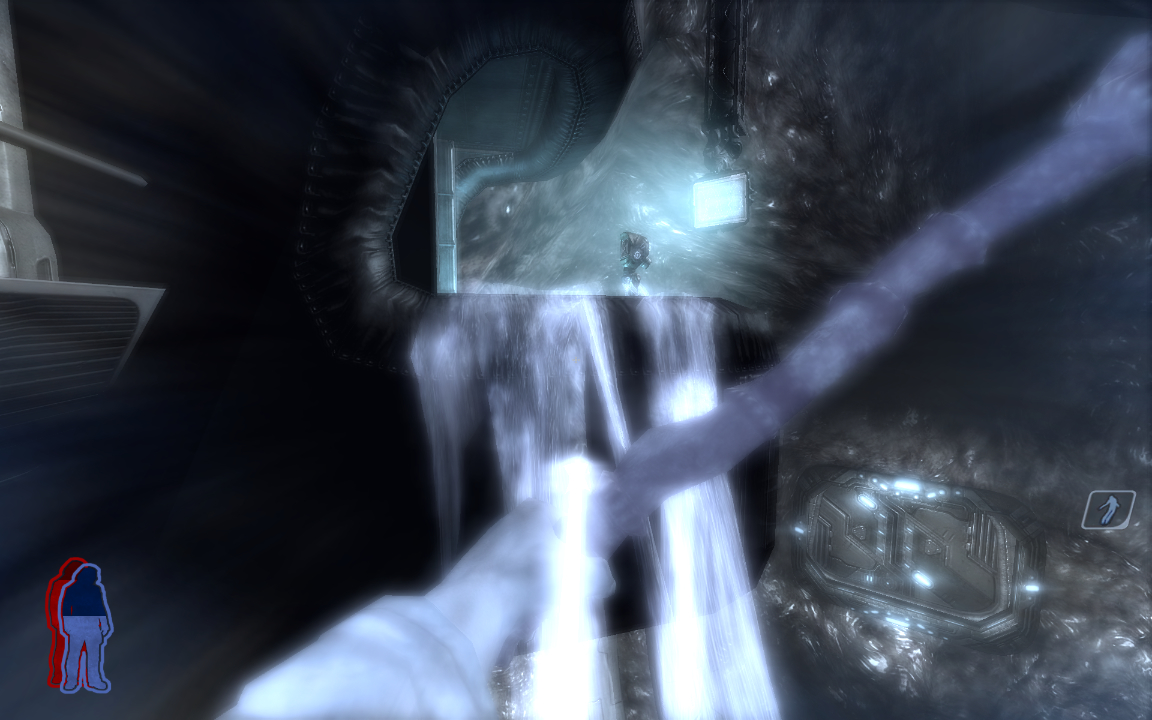 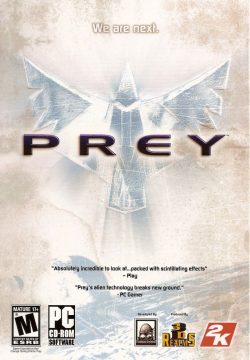 Back in 1995, the team behind Rise of the Triad (The Developers of Incredible Power, or the D.I.P.S) decided to make their next game, calling it Prey. The idea became a shooter that used portals and made impossible spaces for the player to explore, but the project hit bumps. First was Tom Hall leaving to form Ion Storm, and the second was they just couldn’t get the tech to work. They made the mistake of making the focus of a new full 3D engine on these spacial tricks, which proved kind of impossible in the 90s. In 2001, 3D Realms contracted Human Head Studios, a team of former Raven Software developers, to get the game done, making a deal with 2K Games to publish it. It took five years from there to get the game out, and eleven in total from initial development, and amazingly, the final game was not only great but one of the most innovative and clever shooters of its day, but still holds up shockingly well. 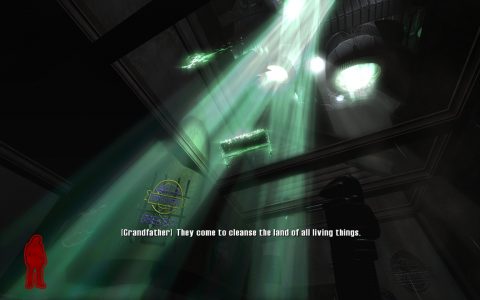 The game cast you as Domasi “Tommy” Tawodi, a native Cherokee mechanic and military vet, who’s currently trying to ask another member of the tribe, Jen, out on a date in her bar. The complication is that Tommy hates his heritage and living on the reservation and wants to try and get her to move away with him, which she isn’t okay with. Further complicating the night is Tommy’s grandfather is warning him of “change on the winds,” which turns out to be horrific aliens that run a spaceship, The Sphere, filled with meat constructs that come to Earth every few hundreds of years while passing to collect humans for food, making soldiers, whatever. So, naturally, Tommy now has to deal with his personal baggage while trying to save the love of his life from the horrors of The Sphere and someone called “The Mother” who is constantly teasing him in his mind.

You wouldn’t expect it from the publisher who brought you Shadow Warrior, but Prey is surprisingly good about its representation. Micheal Greyeyes, a native American actor and Tommy’s VA, had nothing but good things to say about 3D Realms writing of the character and appreciated that Tommy wasn’t written in an old archetype. He even acted as a consultant and his notes were all taken into account in the game, and it really feels like it. While John Galt, the voice of Lo Wang, is still here as the grandfather and he is playing a type, he is at least taking the role seriously and was given a good script to work with, never dragging the game down. Tommy and friends being natives even gives the story a thematic layer to it that it normally wouldn’t have, victims of imperialism and colonization being what takes down the ultimate form of that particular evil. It even gives Tommy a strong arc as he finds strength in his heritage. 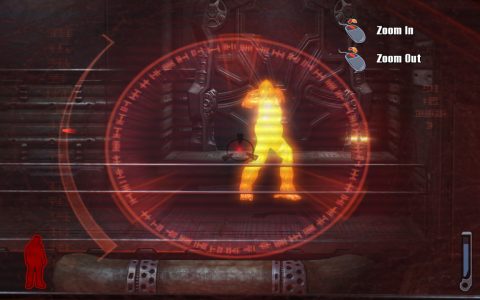 There was a lot of effort to make the game feel authentic, like real people were plunked into an absolutely absurd and horrible situation. Art Bell, of all people, plays the role of exposition giver in this game, just playing himself. Bell was the creator and host of a paranormal themed radio show called Coast to Coast AM, a sort of conspiracy pow wow back during the age they were a weird curiosity, and that show lends itself well to the mass alien abduction stuff happening on Earth during the game’s story. Bell sounds like he’s not acting at all and is really experiencing these bizarre events, and it helps the game retain narrative context the more gamey it goes. If there’s anything to criticize, it’s that Jen, Tommy’s love interest, is ultimately a damsel used for Tommy’s character growth and nothing more, though the game does do one genuinely unexpected thing with her that deserves at least some credit for willingness to go there.

Prey was made with Id Tech 4, the last of these games in this engine to use Doom 3 style lighting and body horror. It’s nowhere near as dark as that game or Quake 4, but uses similar techniques to create strong, oppressive shadows and grotesque creatures. It probably has the best human models of all three games, still not without odd issues from the engine (like a lack of skeletal animations), but there are more diverse body types than the big slabs of meat from the previous peers. The textures are also notably well detailed, especially for a 2006 game, posters still perfectly readable on larger resolutions. This helps keep the game’s world feel believable. 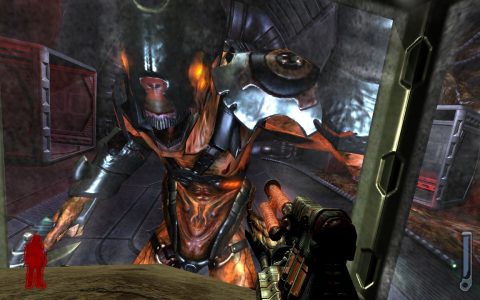 As for how Prey plays, it’s oddly slow. Tommy doesn’t have a sprint and moves are a fairly brisk jog. This is fine, though, because encounters and fights were designed with this in mind, letting Tommy regain a sliver of health when low while briefly not being attacked to give you the ability to scrape by. You can also come back into the fight after a certain early story point by shooting down red and blue spirits in a short minigame to regain health and spirit, which is your ammo pool for the spirit bow. You can whip it out for stealth kills when spirit walking, which lets your soul move separate from your body and solve puzzles with it, finding hidden platforms and moving through locked doors. These puzzles are also the game’s main set-piece moments, letting you manipulate gravity, explore areas with portals, and even encounter the odd impossible space. There’s one fight in the latter half with repeating halls that’s both extremely cool and baffling in how it was even possible to make.

Your first gun, the hunter rifle, can zoom with a thermal scope and fire more powerful shots that take more ammo, making the need to get up close and personal less necessary. The leech gun has a variety of fire modes based on the ammo type you leach from set points, giving you a fire based plasma gun mode, a freezethrower, railgun style lightning shots, and the overpowered laser that acts like a thunderbolt from Quake on steroids. Crawlers are your grenades and can double as traps, and the auto-cannon is a minigun stand-in with lobbed grenade alt-fire. The crawler cannon, despite the name, is a rocket launcher style weapon that can also create a weird acid air shield to absorb projectiles, while the acid sprayer is a strange shotgun that lacks some kick, but can blind some enemies, plus has an acid grenade alt-fire that can bounce off walls. It’s an odd selection of weapons, all with familiar uses, but with weird quirks that make them stand out and also give them unique functions in fights, especially the crawler cannon. 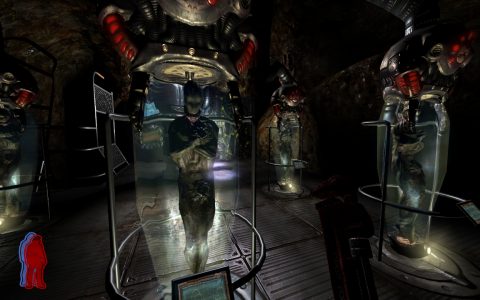 That’s not even getting into Talon, Tommy’s pet falcon who helps him out as a ghost by pointing you in the right direction and distracting enemies, or just all the weird and memorable moments that make up the short campaign. Prey isn’t a long game, but it makes the absolute most of its run time, constantly throwing new stuff at you, or shifting around moments you already experienced with new elements to keep them fresh. This feels like a far larger adventure than either Doom 3 and Quake 4, which tended to have trouble making distinct levels. Where those games tended to end up mostly being sci-fi hallways, Prey is throwing stuff at you like a crashed airplane that got pulled into The Sphere, micro moons with their own gravity, sticky walkways, grav pads that change what way down is, and all sorts of stuff you don’t see games doing these days – or even much back then. Even with the impossible spaces stuff being downplayed, Human Head managed to make the most of the concept to be a spice for the main dish.

The enemies are also always some sort of new challenge to deal with. The hunters work great as your average intelligent grunt, able to step out of the way when you scope them and act intelligently when fighting you, but they work best when other monsters are around. Harvesters will use fleshy wall holes to pop around the area and fight with crawler cannons, complete with the defensive secondary fire. Mutates will dog you with deadly melee strikes, requiring you to dance around them. Drones will keep the pressure up during vehicle sections with energy blasts, while the giant Centurions put the pressure on with auto cannons and a large health pool requiring the big guns. There’s so much more where that came from, keeping the campaign from being too samey. Also, if you’re used to walking backwards, unlearn that, bosses will often require side strafing jumps instead, or else you will be crushed very quickly. 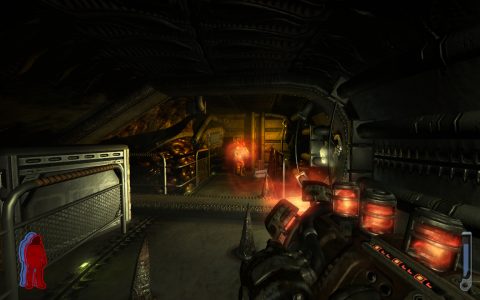 Prey, despite being a straightforward old school shooter at its core, was surprisingly innovative in the details, even beating Portal to the market by a year with a similar mechanic. A lot of what it did still hasn’t been replicated, and it remains Human Head’s most loved game – which is a bit sad. It’s been delisted from Steam, though it was released on the Xbox 360 in physical form, and it’s a solid enough version. A mobile iOS version (now long delisted) called Prey: Invasion is surprisingly good too. Prey was mostly forgotten for a long time and has only gotten the credit it really deserves in recent retrospect. Of course, there is a reason this was sort of put on the back burner of gaming history, and not just because of it being removed from Steam (you can activate it with a key but can no longer legally buy it there).

The first was the game’s planned sequel was outright sabotaged. Human Head was one of the few studios familiar with John Carmack’s rather strange modern Id Tech engines, and ZeniMax and Bethesda acquired Id Software in 2009, while Prey 2 only got announced in development in 2008. This matters because Bethesda also wanted to purchase Human Head for their expertise in this new tech they now owned, and Human Head said no, which led to Bethesda playing hardball with impossible demands for Prey 2, not to mention moving goal posts and ignoring updates from Human Head. The game had some really interesting ideas, including open worlds, a clever existential story, and kinetic combat rare at the time, but it was killed for petty business power plays, and Bethesda had the gall to lie about it by stating that the game wasn’t meeting their “quality standards,” an amusing line coming from the company that produced the infamously buggy Elder Scrolls series. Even worse, when Human Head closed and a new studio of their former members called Roundhouse Studios formed, that studio was owned by Bethesda. 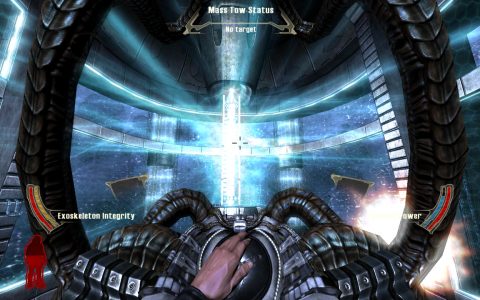 But here’s where things get really weird. You would think this other game called Prey put out by Bethesda would be a grave insult to the legacy of Human Head’s efforts, but that game was made by Arkane Studios, a studio that was carrying on the torch of old school immersive sims.

Prey 2017 wouldn’t be an old school shooter, but a spiritual successor to the System Shock series, and one of the most grossly overlooked big budget releases of the past decade.