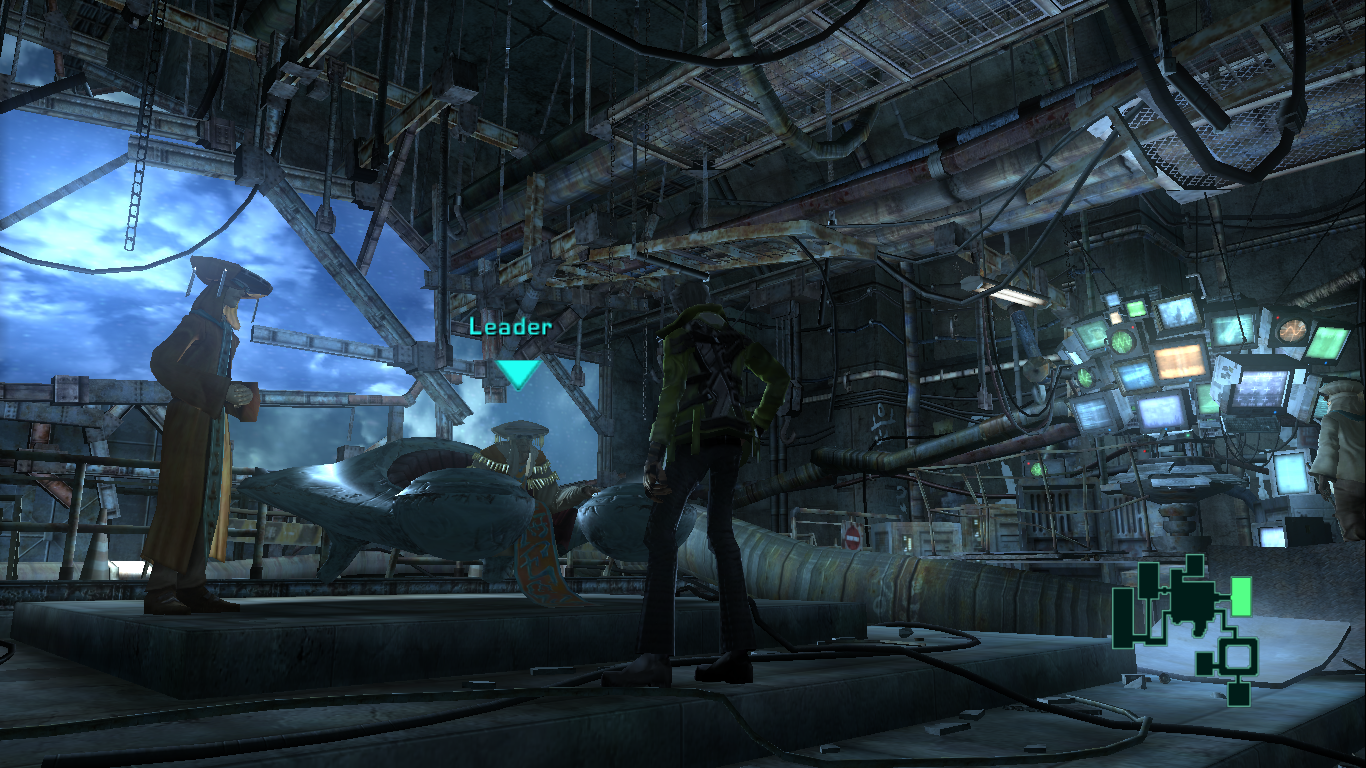 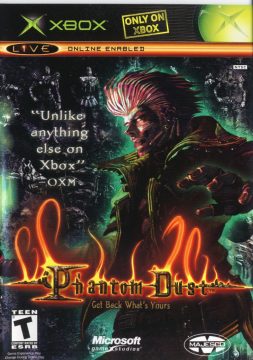 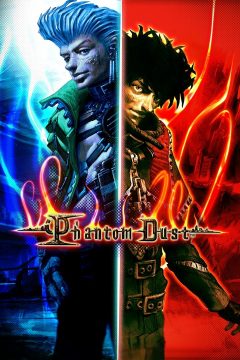 Yukio Futatsugi has had a really strange career. He’s shown extremely impressive creativity, but he’s tended to stick around major gaming corps instead of going on his own. When he did help found a new company called Grounding Inc, they stuck to more humble download only titles instead of anything ambitious or costly. Panzer Dragon will remain his greatest accomplishment the way things are looking, but there are a few who would argue otherwise. If you want some full on Futatsugi, some real uncontrolled gaming strangeness, you need to look at the one game he directed for Microsoft before leaving to start Grounding. What you will find is truly unlike anything else out there unless you’re willing to dig in the deep mines of obscure PC indie gaming – and this got a full on remaster! This is Phantom Dust, a game that defies any clear genre, though the initial concept was something like a trading card game like Magic The Gathering meets the one-on-one action battle game Virtual-On. 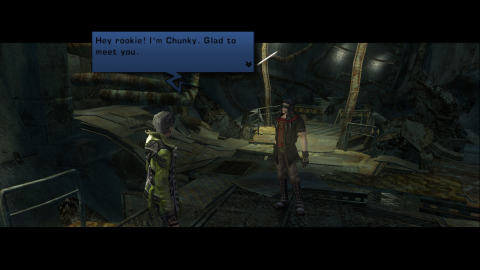 The concept here is that it is sometime after an unknown, Earth ruining apocalypse. The world is a massive desert and staying out above ground too long can be dangerous, the deadly dust in the air toxic to humans. However, some humans called espers can control the dust, granting them supernatural powers. Espers try to journey to the surface for short periods of time to explore mysterious ruins, wanting to discover what has happened to the Earth, and maybe regain their lost memories. All of humanity has suffered a mass memory loss event, even leaving basic history a complete enigma. Your character and a man named Edgar are found in capsules by a band of humans, and quickly get recruited upon showing esper potential. Your goal is the same as everyone else: Learn the truth of what happened to the world and who you really are.

Hey, have you ever seen Neon Genesis Evangelion? How about The Big O? Maybe this list of several dozen NGE take-offs? Phantom Dust is very much a product of that era of narrative subverting existentialism core stories, with a late game reveal that is absolutely wild. It’s a perfect time capsule of the era, from the desert/crust punk look to the constant sense of confusion and oppressiveness. It also has a great sense of humor and character to it, including a wide range of wacky characters at your garbage dump of a base. 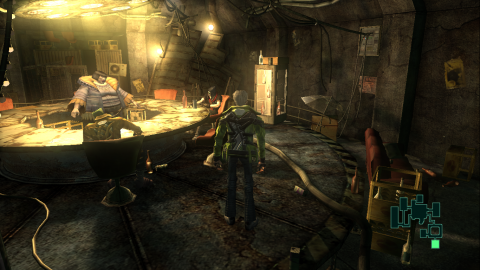 What’s neat about these people, whom you have to talk to in order to find more missions, is that they all have names, clear personalities, and even their own battle styles. You can start taking them with you on some later missions, so you get a good idea of how everyone solves problems. Some are focused on melee brawling, some use distance tactics, and Chunky hides in the corner of the map because he is a coward. He is amazing but he is also very much a coward who really doesn’t want to go on the field, so maybe don’t take him. It’s a nice touch that gives the game a personality.

Actually playing the game is…strange. It’s so strange that the story campaign takes about three chapters worth of tutorial missions to just get you to wrap your head around the basics. The best way one could describe the game is that it’s an action RPG crossed with strategy elements and all shoved into the structure of a collectible card battle game. So, when you do a mission, you have a fifteen minute time limit to complete your objectives. To do so, you can move around the arena style map, and you can assign skills to your four main buttons by going up to some glowing orbs that spawn near you and clicking the given button. With some time, orbs respawn with new skills, and these skills are drawn out based on the deck you brought. 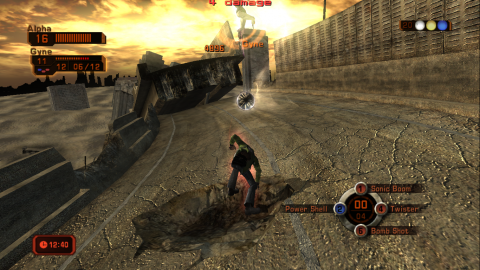 There’s a lot of skills to play with as well, which you can earn from missions or buy with credits earned from missions from a skill and deck shop. You have a variety of different types of attacks that hit from all sorts of ranges, some movement abilities (like teleportation and levitation), barriers and counters, skills that can freeze a target’s ability to use skills, skills that can erase skills in a given slot, and so forth. The catch is you also need to have the proper amount of aura points to use these skills, which do regenerate, but your max points need to be grown during a mission with aura particle orbs randomly drawn like everything else. So, you have to take into account what all is in your deck and what is most likely to get drawn when you need it. You’re limited to a set number of skill types in a deck, and you need to take into account how long skills can stay around. There are some one use and gone skills, and others that can be used for as long as it is equipped with the proper amount of points.

In other words, you are playing a complicated card battle game while also playing an action game with randomized moves that requires you take into account the map around you so a given move doesn’t just hit part of the environment – or does, because you can damage structures and even make enemies fall a great height or get hit by rubble, both for big damage. It takes some time to get the hang of, especially the idea that you can’t just spam cool moves, but need to study how your enemy defends and attacks and figure out what moves you have that can possibly counter their skill selection. The strategy game comparison was also made because of all of these mechanics, giving it a difficulty curve you commonly see from the real-time strategy genre. If you haven’t learned to play as the game wants you to, prepare for the suffering. 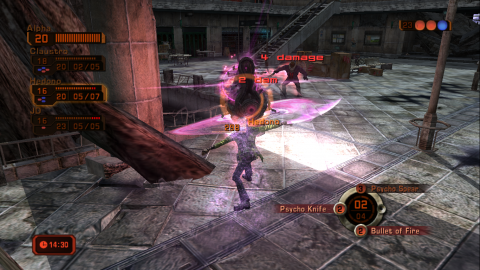 Learning Phantom Dust is less a process as it is about ten walls you have to chisel down with a toothbrush carved into a shiv. There are many games unlike anything else out there, but that goes at least four times extra for Phantom Dust, a game that’s using the language of multiple genres and conveying the wrong information to understand it if you’re too game literate. Arguably, someone new to the medium would have an easier time with the game, wonky translation aside, because they don’t have reference for how action games or battle card games are supposed to work. It is work, hard work, taxing work.

Yet, it is work well worth it. Once you start to understand the systems, Phantom Dust is utterly brilliant and extremely inventive, arguably a game ahead of its time. So many of ideas have popped up in some form or another in the past few years, especially in MOBAs, but never quite as such a strange and tangy soup. It makes sense this game was sold heavily to push Xbox Live, because it is clearly structured around multiplayer shenanigans. The skill erasers and freezers are obnoxious in single player, but in a multiplayer context, it is hilarious trolling and a legitimate tactic. It makes sense the remaster, most likely made possible because Phil Spencer just really likes this game a bizarre amount, offers extra currency for regular log-ins and encourage more play. Even the original single player campaign was clearly designed to get you used to the basics for higher level play against actual people, though the remaster thankfully moves the deck tutorial much earlier in the story. 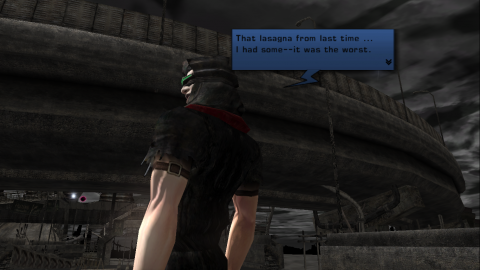 Speaking of which, the remaster is utterly gorgeous. Code Mystics did an amazing job, with some possible texture beef-up here and there, to really make the game’s style stand out with crisp resolution. It keeps all the original feel with widescreen support and high resolution rendering, with the only downside being the screen cropping for the FMVs. The Microsoft remasters of their Xbox exclusives have been extraordinarily impressive, and that goes especially for Phantom Dust. It also adds micro-transactions, which is not so great, but does let you get into the online multiplayer faster if the campaign is moving a bit slow for you.

We’re in a weird place for this as a possible series, though. A reboot of some sort was planned, to be made by a background studio called Darkside, but inner-conflict within Microsoft ended up resulting in the project stalling and the studio going defunct. Phil Spencer still clearly wants to make a new game, and Yukio Futatsugi has expressed interest and a possible Kickstarter as well, but things have been quiet for a few years now. A new release is unlikely, but hey, this remaster was just as unlikely. Who knows what the future holds. 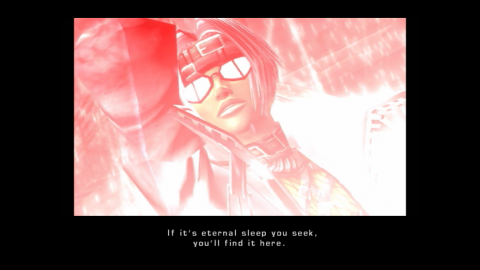 Enjoy the free-to-play remaster on PC and Xbox One while you can, you never know when Microsoft might decide to take it down. Phantom Dust takes a good bit of time to get into, but that is time well spent. It’s something unique, strange, and truly memorable. A perfect representation of a time when Microsoft were trying anything and everything to get a foot in the console market. However, Microsoft didn’t have any faith in it, resulting in them dropping the title, only to be picked up by Majesco as a budget release. (A similar fate befell Psychonauts.) It didn’t sell great, but it’s nice to know there are those in the company who still see its value and charm.