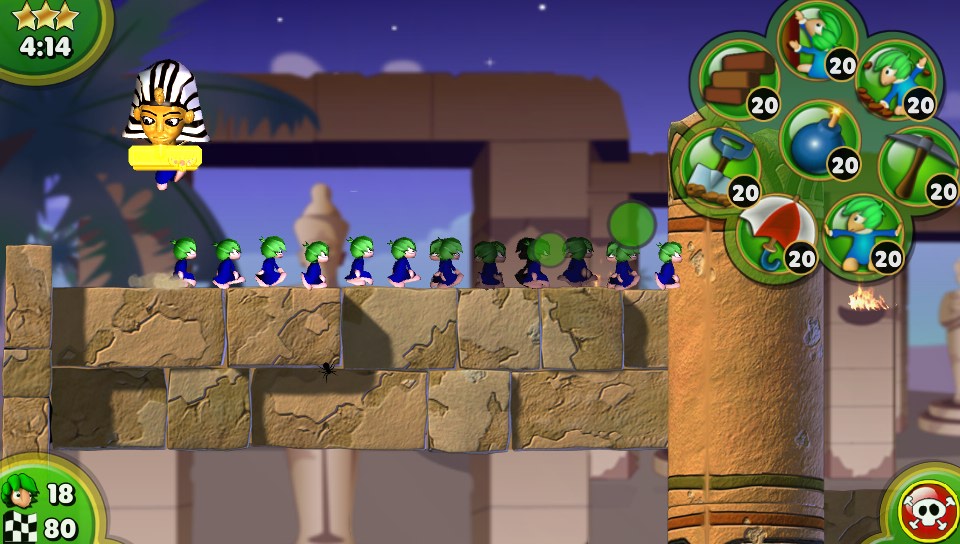 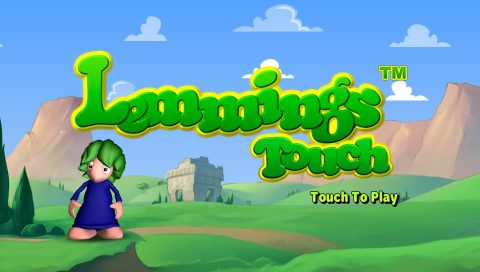 Developed exclusively for the Vita by D3T, Lemmings Touch, appropriately, redesigns the interface to revolve around the portable’s touch screen. The selection bar at the bottom of the screen is gone; instead, whenever you tap a Lemming, a bubble pops up with all available skills. The levels also have assorted obstacles that can be manipulated – you can change the angle of trampolines, lift (and drop) certain types of blocks, or move platforms to ferry lemmings across the stage. This works well most of them, but trying to juggle these obstacles while also assigning skills proves troublesome. Additionally, the skill bubble has a tendency to get in the way of the action if you don’t remember to tap somewhere else to close it. Some stages also have red colored Mischevious Lemmings. If just one of them makes it to the exit, you lose the entire level, so you actually need to either reroute them or intentionally kill them. 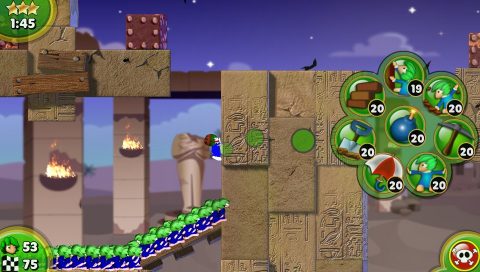 The level structure has changed too. You need to play the difficulty levels in order, however, each difficulty is broken up into several hubs, each with five levels. You are awarded stars depending on how quickly you beat a level and how many lemmings you save. Getting enough stars will allow you to jump to the next hub, even if the other levels haven’t been completed. This ensures that there are always many stages to try, while keeping them all at approximately the same difficulty level. There are also sub-goals that, when completed, will award coins. These can be used to purchase colors and items to customize the lemmings. This is completely optional.

The visuals are roughly similar to the PS3 game, though the stages and graphics are brand new. New stage themes include a candy land, Egypt, sci-fi, and crystal caverns. There’s also a lot more levels, over 100 in total. So despite some clumsiness as a result of the touch screen, this is a fairly solid entry.