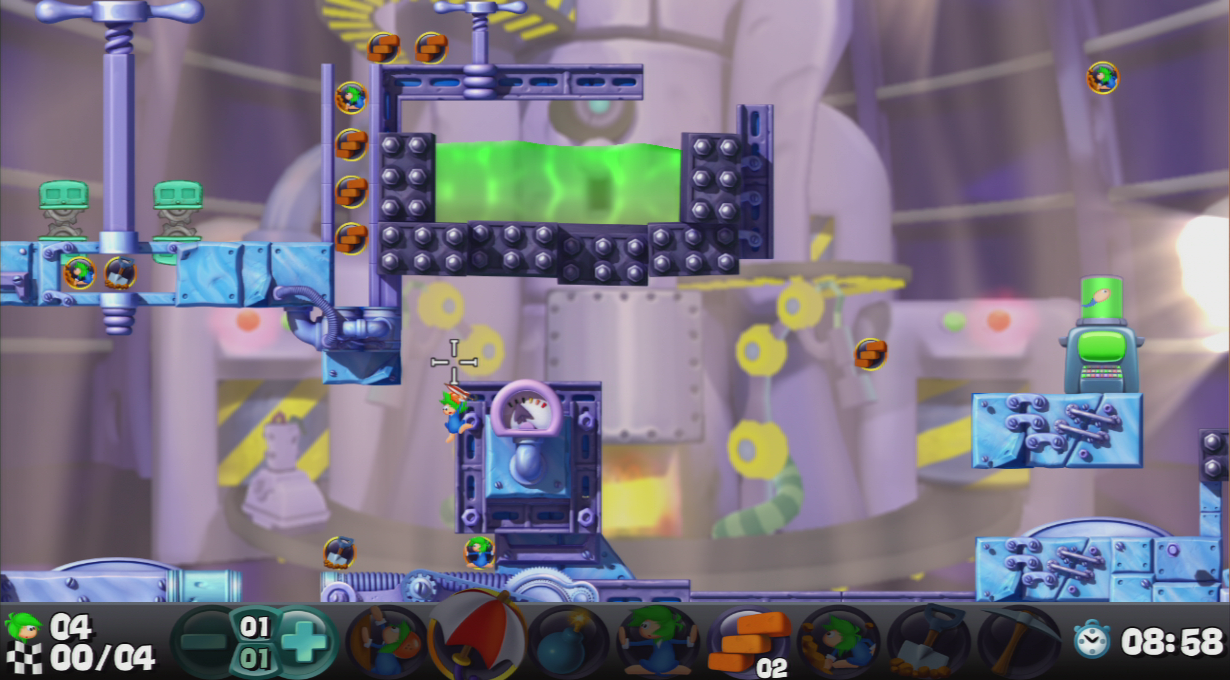 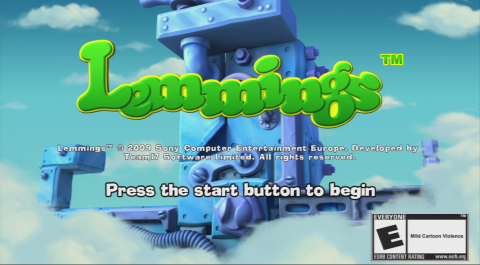 Although the title “Lemmings” may suggest yet another port, the PlayStation 3 version is actually a totally separate game, though from a gameplay standpoint, it is the closest to the original title, rather than any sequel. Like the PSP version, it was developed by Team17, but the levels and visuals are all new. Again, it utilizes 2.5D graphics, complete with a zoom-in function, and generally looks pretty decent. The music is all new, though, without any of Follin’s PSP tracks, and is generally forgettable.

The biggest change from the formula is that you often don’t start with all of the skills necessary to complete a stage, and instead need to pick up icons scattered about to activate them. This helps to make the game slightly easier, since it subtly gives hints about what skills you’re supposed to use and where. There are a handful of new gimmicks, like teleporters. Some stages are largely cloaked in darkness, with the Lemmings carrying candles, which can then be used to light torches for more lasting illumination. 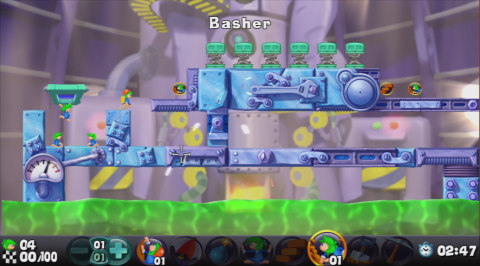 Since the game was designed as a low-budget download-only title – it was released at a mere $6 US – it’s incredibly thin on content. Outside of the tutorial “Trial” stages, there are only 40 stages in total, and most of them seem to alternate between the goofy “science” and the dark “haunted” themes. The level editor from the PSP version is missing, and there’s no multiplayer option either besides leaderboard comparisons. At its core it’s a perfectly serviceable rendition of Lemmings, but feels incredibly barebones compared to every other version out there.