The golden age of arcade gaming introduced a lot of new ideas to the gaming landscape. Seminal games like Space Invaders and Pac-Man were huge, influencing countless developers. Without Space Invaders, the tidal wave of shoot-em-ups lasting well into the nineties might never have formed, and Pac-Man‘s maze chase formula spawned countless imitations by big name companies like Nintendo and Sega. 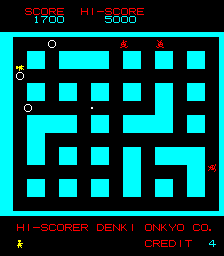 While Taito and Namco’s games were world-wide phenomena, countless other, smaller developers were still pioneering genres. One example was the Theoretical Science Group, a small gathering of programmers at the University of Tokyo. Heiankyo Alien‘s development background, according to the Japanese Wikipedia, is nothing short of amazing: A reporter for a popular column in the Asahi Weekly, so the story goes, came to Tokyo University to report on game projects, but had to find out that no games were being developed there. So a call for game ideas was quickly made on campus, and a student came up with the idea for Heiankyo Alien, which was then included in the Asahi Weekly article without a line of code being written at the time.

The club then proceeded to program the game on an Apple II in BASIC, but the oldest confirmed published version appeared in I/O magazine 2/1980, for NEC’s old hobby kit computer TK-80BS. The game was subsequently ported to the MZ-80, VIC-1001 (Japanese name for the VIC-20) and PC-8001, but it also kicked off a bidding war among arcade manufacturers. Denki Onkyou, a company that nowadays specializes in home theater and audio equipment, was the victor. The fact that the game was developed entirely by students stirred quite a buzz in the Japanese media upon release, although it’s doubtful that anyone would have cared if Heiankyo Alien wasn’t an instant classic. 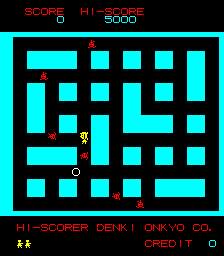 Heiankyo Alien is the first game in a long lineage of trap-’em-up games. The main goal of the game is to lure enemies into holes and bury them. A year later, Universal’s Space Panic and its many imitators would be approaching this same concept using a side-scrolling perspective. Broderbund would take a similar concept and create Lode Runner, a long-running series that has been ported to virtually every platform imaginable. While not as prolific as static shooters or maze games, a ragtag group of university students virtually created a genre overnight.

The initial concept for Tokyo Science Group’s game was pretty banal, involving a man trying to clear his apartment of cockroaches. Inspired by the recently released film Alien, the team decided to turn the little critters into giant alien cockroaches. The apartment setting was quickly deemed too open for the developers liking, so they switched it to a city in Heian period Japan. The main character was now a kebisshi, or police officer, who protects the capital city of Heian-kyō from an alien invasion. Armed only with a shovel, the kebiishi has only one method of accomplishing this task: capturing his enemies in holes and quickly burying them. 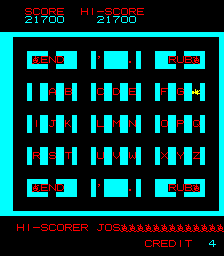 When the game starts, the map is generated and all the enemies are randomly placed on the map. The streets of Heiankyo are similar to most maze chase games, the only difference being that the paths are never symmetrical. Likewise, the aliens move about the screen seemingly at random, sometimes running laps around the entire map, sometimes walking back and forth in the same two step pattern for half a minute. They’re largely unpredictable, and while it’s nice to know that they’re never specifically coming after you, it quickly poses a problem: how are you supposed to capture these aliens when they won’t stay still?

The game features nine rounds. With each successive round, there are more aliens on the screen and they move much faster. Strangely, after clearing all nine stages, the game restarts at the very first round, altering nothing. After out-maneuvering many faster aliens in the later levels, going back to the elementary opening portion feels like an enormous drop. 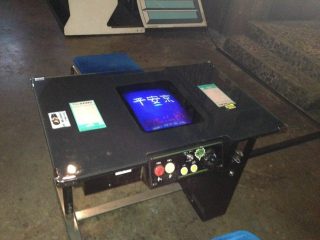 As with many golden age arcade games, a high score is the only real objective of Heiankyo Alien. The quicker an alien is buried after falling into a hole, the more points you are awarded. Arcade-goers came up with multiple ways to do this, with some of the more typical techniques quickly entering the game center lexicon:

On a straight path, dig the hole to the left and right of your character. This way, an alien will eventually fall into a hole and the player can bury them quickly. However, if another alien comes along and touches his trapped friend, the enemy will pop out and be freed. With the other hole blocking the only means of escape, the player is guaranteed to be eaten.

Named after Akihabara Station of the Tokyo Subway because of its similar shape, the player finds a four-way intersection and digs holes at every path. This is more effective than retirement digging, but it often yields the same result: if the enemies are freed from the pit, the player has nowhere to run.

This is probably the least sophisticated of all the digging techniques, but can be used masterfully with some practice. The player waits for an alien to come straight toward him or her and digs the hole just in time to capture their foe. According to the Japanese Wikipedia entry, this technique got its name because it is bad for the heart.

Probably the most effective technique. Named after one of the Tokyo Science Group members, Ito digging is the practice of creating two holes in a row. After the alien falls into the first hole, the player runs up and digs another hole next to it. This gives the player plenty of time to maneuver to the alien, re-trap it, and promptly bury it to maximize points. Despite the obvious benefits, the alien sometimes walks the other way and totally avoids the second trap altogether. 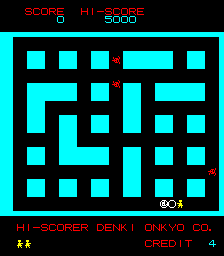 I/O, Japan’s earliest PC magazine, discussed Heiankyo Alien and expounded on the digging techniques, but the game and its terminology were also featured in Game Center Arashi. The manga, already embraced by much of the arcade community, featured a story in which Arashi needs to get an unprecedented 10,000,000 points within 20 minutes. With such a difficult task, Arashi must use many of the accepted techniques to ultimately reach his goal. Allegedly, the popular manga caused Heiankyo Alien‘s popularity to quickly soar. Game Center Arashi’s author, Misuru Sugaya, admitted in a Game Center CX interview that Heiankyo Alien remains his favorite game and that he still plays it on his computer. 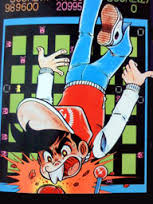 Heiankyo Alien is one of the first games to offer a variety of multiplayer options. Two gamers can either participate cooperatively or competitively. The former allows both players to be on screen at once, digging and filling holes together, while the latter has players take turns. The co-op mode is a lot more interesting, sharing a score and teaming up against the unpredictable aliens. In the very least, it’s exciting that such an early arcade game provides so many options. 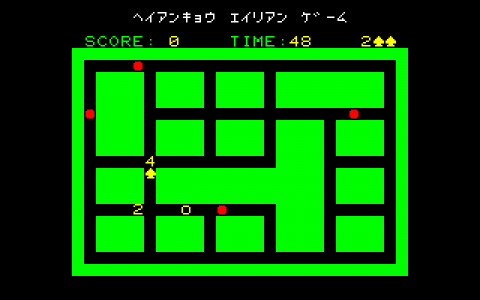 Many iterations of Heiankyo Alien were available in Japan, although none of them are available online and little release information is available. The original PC-8001 game by Tokyo Science Group is markedly different from the arcade game in appearance. The main character looks more like a spade than a human being. Aliens are represented by big red dots and the walls are green instead of blue, but otherwise the core gameplay mechanics are intact. This version was given a more widespread commercial release in June 1981, the only difference being that the walls are now yellow. 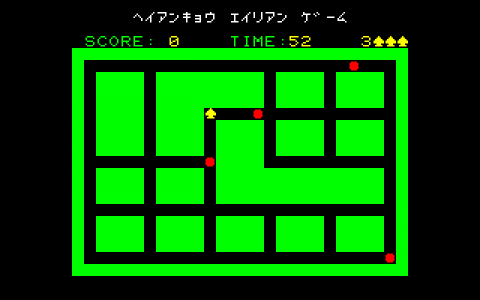 Houei Sangyou, now known as Banpresto, created a special version called Time Alien. Foes allegedly move much faster in this version, but there is slowdown whenever the player tries to dig holes or bury aliens. The game is also noted for having different sound effects from the original, but otherwise the game has no significant alterations. 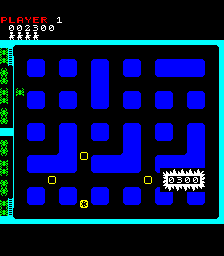 The most massive overhaul is Sega/Gremlin’s Digger, released in 1980. The setting is switched to a giant canyon filled with green insect-like monsters. There is a red insect that, if buried first, will give the player a thousand points. The maze is a dark blue color, the enemies are now green, and the font is the same as Head On‘s, but perhaps the coolest enhancement is how the enemies are kept in a large pen on the left of the screen. Instead of a swarm of enemies randomly appearing at the three minute mark, they now come flooding through the gates, a frightening visual element that trumps the Japanese original. The game has never received a home console port.

With Heiankyo Alien‘s popularity in Game Centers across Japan, home ports were bound to happen. The first, made by Gakken in 1980, is one of their many LSI games. It appears to be a faithful port, although the kebiishi now looks more like the figure on a crosswalk sign and the aliens are circles with small tentacles. The core digging and burying mechanics is intact, but all of the stages are on a small grid with a few rectangular blockades. With every level featuring the same design, the techniques for trapping aliens are pretty limited.

A Commodore VIC-20 port, simply titled Alien, was published in the west. The only negative about the game is that the sound effects are absolutely grating, with every step the aliens take making an awful bleating sound. Aside from that, the graphics are arcade comparable, with a light shade of green as the background color. The cartridge was released in 1981, making it the closest western gamers got to the original Heiankyo Alien for almost a decade. 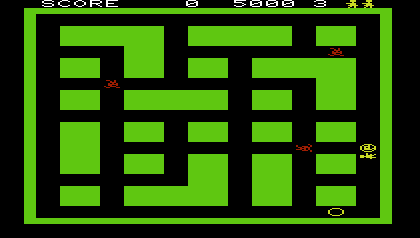 Tokyo Science Group never made another game and most of the members faded into relative obscurity, but one of the developers, Arimasa Takeshige, formed Hyperware, a company that retained the rights to the game. Hyperware’s website appears to have been inactive since 2003, and the website seems to function more as a resume describing all the work-related applications and databases they have developed for various companies. Amongst all of this is a free Windows port of Heiankyo Alien. Released in 1999, the program runs great in Windows Vista and Windows 7. It has the green backgrounds of the original PC-8001 game while giving everything else the appearance of the arcade version. The game actually moves at a brisker pace than the original, allowing you to dig quicker than before. This appears to be the version Misuru Sugaya is playing in the aforementioned episode of Game Center CX. 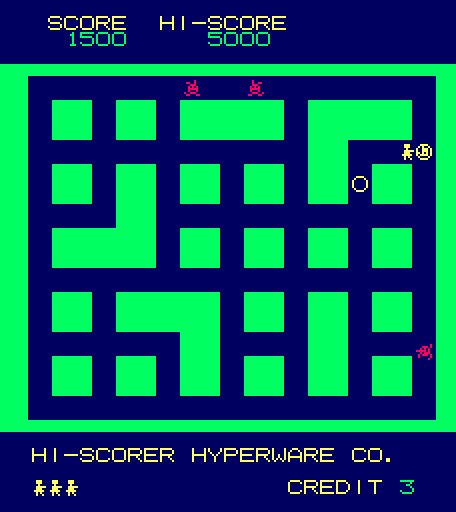 Another cell phone version, this one for the 505i, was developed and distributed by G-Mode in 2003. Titled Heiankyo Alien DX, the game was released as part of a retro games initiative the company was taking around this time, which also included a 505i port of The Black Onyx. Heiankyo Alien DX includes 15 stages, at the end of which you are given a rating based on your overall score. The presentation is slick, with some nice 16-bit influenced graphics that are reminiscent of other G-Mode titles. The download was only available for thirteen days in December of 2003. 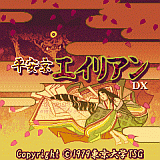 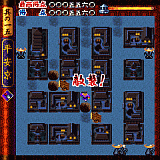 Heiankyo Alien is a criminally ignored masterpiece from the golden age of gaming. With more famous trapping games like Spy Vs. Spy and Lode Runner being fondly remembered by western gamers, it’s disappointing that the original trap-’em-up is largely ignored. Perhaps this has more to do with the relative obscurity of the genre than anything else. Maybe it would be more fondly remembered had the original received a bigger western release, but unless the game is eventually recognized for its influence, it will just be another forgotten classic.

That does it for straight ports of the arcade game, though there are substantial re-workings on the title released on other platforms, long after the original’s release. 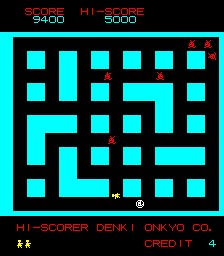 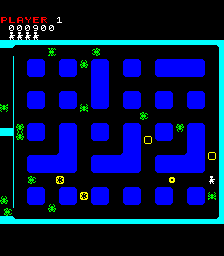 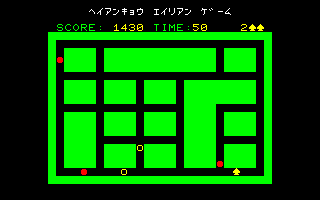 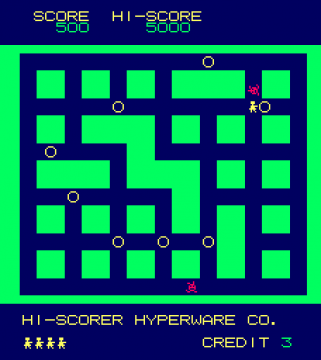 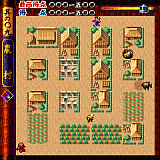 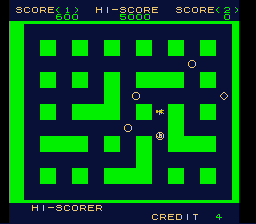 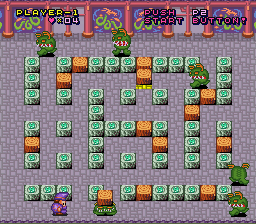 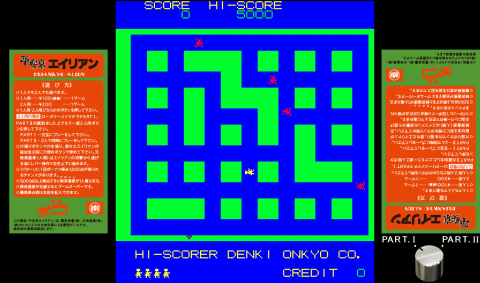 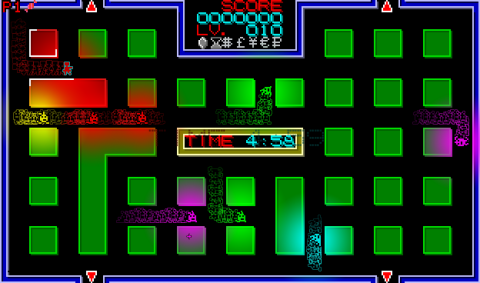