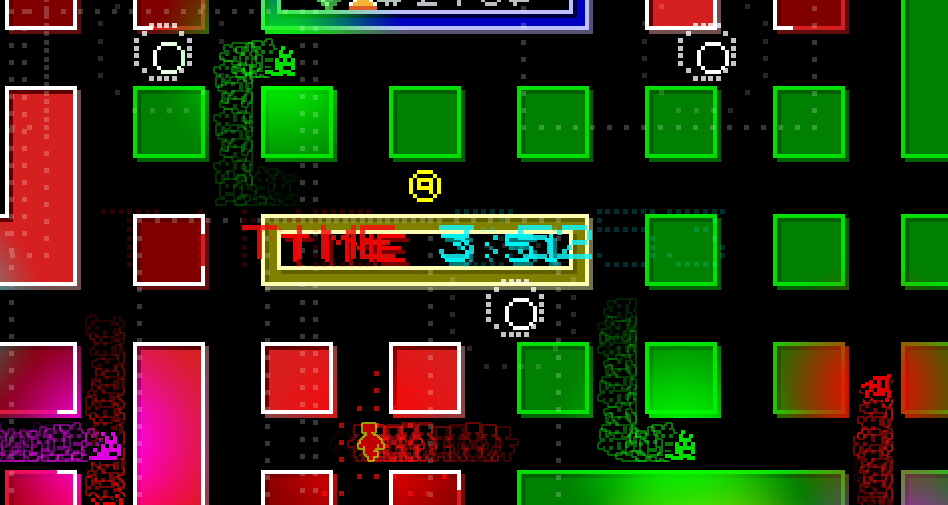 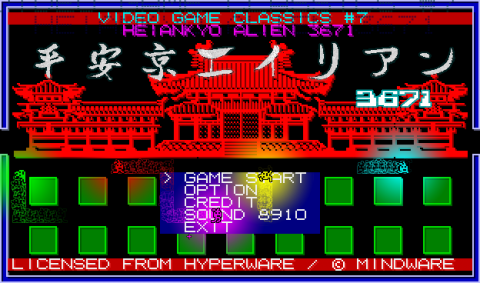 Heiankyo Alien was resurrected for a 2017 release on Steam by Mindware, the same developer that put out Cosmic Cavern 3671 and Space Mouse, remakes of some extremely early Japanese PC games. Though it includes a port of the original arcade game (complete with a number of customizable tweaks, including adjusting the score values), the big drawn is Heiankyo Alien 3671, a complete reimagining in the style of Pac-Man Championship Edition. Like Namco’s title, it takes the basic mechanics of Heiankyo Alien and reworks into it a fast-paced, scoring focused game, where you get five minutes and unlimited lives to score as points as possible.

The game board is presented as a simple maze, with squares and rectangles of various shapes representing buildings. When you encircle one, you’ll claim that as territory and get a small score bonus. Enemies also wander around the level, eventually changing in color from red to green, which in turn can reclaim these squares from you when they’re green. 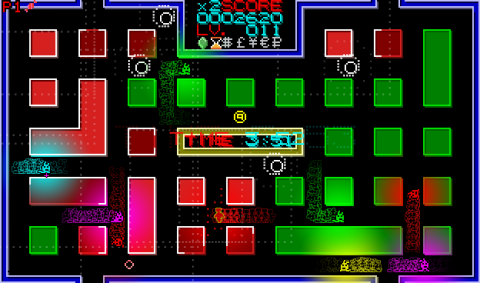 What’s ultimately more important, though, is digging holes and burying enemies. Once you kill two of them, the score multiplier increases by one, plus you get extra points based on whatever territory you’ve claimed. Plus, as you kill more enemies, the game increases in level, making the speed faster and increasing the number of enemies on the board. Dying resets the score multiplier down to 1. If you kill multiple enemies of the same color quickly enough, you’ll also create a combo.

There are lots of items found randomly buried beneath the ground, most of which are score items. If you pay attention, green enemies will flash color when walking over one of these hidden spots, so you don’t need to just blindly dig around. As you kill enemies, there are also power-ups that occasionally pop up in the middle of the screen, including boots  you make you run faster, shovels to make you dig faster, candy to drop and lure enemies towards you, and power coins, which act similar to Pac-Man power pellets, making you temporarily invincible and able to destroy baddies by ramming into them. There are also hearts, which reset the aliens all back to the initial red color, making it easier to claim territory, but more difficult to look for buried stuff. 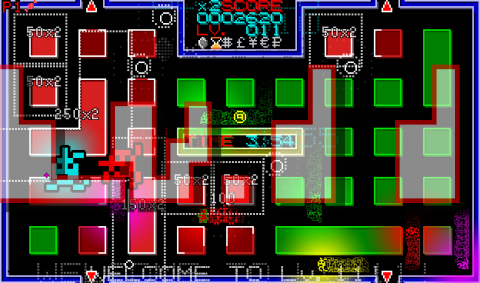 The original arcade game was always pretty slow, but the greatly enhanced speed greatly works in its favor. Before, it took quite a bit of time to dig or fill a whole, but at a high enough level and with the right items, you can do it here in less than a second. Strategies need to be changed or implemented within a split second’s notice, and digging holes everywhere while keeping an ear out for anything that falls into them is like juggling multiple sets of balls with two hands. The timer and the emphasis on scoring also requires that you play more aggressively. The only real downside is that scoring can become lopsided depending on certain items – you’ll find yourself getting many more points whenever you get the power coin items. Plus the diamond item literally just doubles your score. So if you happen to stumble upon it and grab it at the right moment, you can really send it through the roof. Which is fun, and part of the high scoring strategym but it feels pretty off balance!

The visuals utilize the same psychedelic colorful effects as Pac-Man Championship Edition, which looks cool but can become overwhelming when there’s a lot of stuff going on. Thankfully, you can tweak each effect to your liking. All of the sprites, including the goofy “angel” sprite when you die, are taken directly from the original arcade game. It uses the same sound effects too, plus a handful of tunes composed by Wing☆ and Ibojima. The default song sounds like an NES chiptune, but there’s an unlockable one that sounds like Genesis FM synth, plus a few more dance-style beats. There’s also an “idol” mode where you play as virtual idols from the group Guildoll (to be patched in later), plus a “glitch Encore” mode which retains a scoring bug from the TK-80BS version of the game. 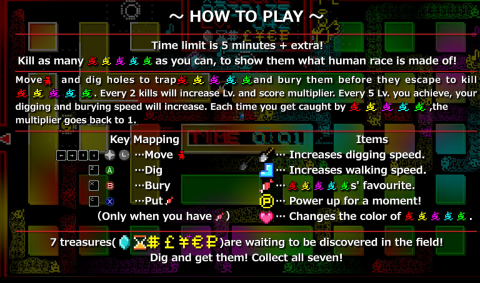 Overall, it’s an entrancing and surprisingly addicting game, with plenty of scoring strategies that built on top of the ones that you’d use for the old game. It comes highly recommended even if you don’t like (or have ever played) the original Heiankyo Alien.