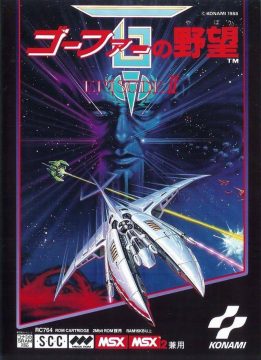 The first level in Gofer no Yabou: Episode II consists of a series of flaming suns, capping off with a fight against a gigantic, blazing eagle. At first glance, it may seem like this is just an MSX port of Gradius II, but it’s actually a sequel. Outside of the first stage, and a couple of bosses, it’s a brand new game. The word “Gradius” isn’t technically part of the title in the Japanese release, but the European title forgoes this confusion and calls it Nemesis 3. 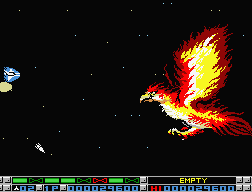 Much like Gradius II, you can pick from four different ship configurations, as well as two different shields. You can also choose your Option formation, allowing for a fixed or rotating pattern.

Outside of the plant and biological levels, the types that would become standard in Gradius games, there’s a stage filled with warp holes, which transport you to the beginning of the level. There are gravity waves in the middle of this stage that can send your ship careening out of control if you’re not careful. There’s also a hauntingly cool level filled with needles, and a sand level reminiscent of a stage in Gradius III, complete with a battle against a series of freaky-looking worms. There’s also a Moai stage, although this time they look a bit cybernetic. A few bosses from Gradius II return, including the final boss and an attempt to replicate the big spider robot. 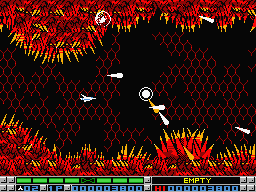 Rather than retrieving weapons from bosses like in Gradius 2 for MSX, you can find secret weapons hidden in each stage. Most of these are similar to its predecessor, in addition to some powerful variations of the standard laser. Strangely, this is one of the few shoot-em-ups to feature a fetch quest. The plot is that the Bacterians have traveled back in time to kidnap James Burton – the hero of the MSX Gradius 2 – when he’s still a kid. As his descendant, piloting a starcraft called the Vixen, you must journey back in time to find them.

At a certain point in the game, you need to start scouring every nook and cranny of each stage, looking for various map pieces that will tell you the location of the kidnapped child. If you fail to collect all three by a certain point in the game, you’re sent back to that stage to hunt for it again. There’s also a hidden radar item that will help you locate these pieces, and a secret shield which will open up the “good” ending. There are a handful of cinema scenes that pop up to explain the narrative, moreso than any other game in the series. 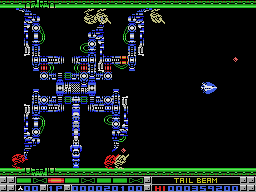 Like the two MSX games before it, the scrolling is choppy and annoying, but the SCC music is fantastic. Unlike Gradius 2, Gofer no Yabou: Episode II was never ported to any platform (except for the emulations featured on the Saturn and PS1 MSX Antique packs), so it was never updated. 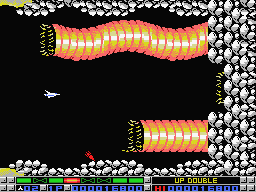