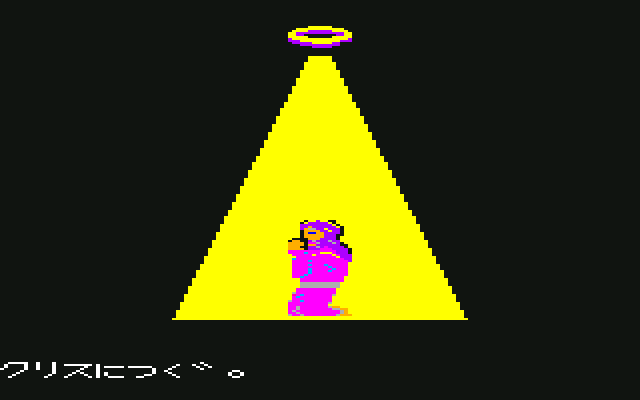 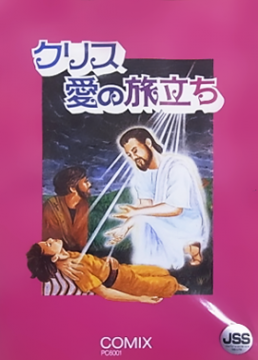 There have been a number of Christian-themed video games over the years, though most of these come from the United States. Japan is pretty far from a Christian nation – it’s estimated that only one to two percent of the populace practice the religion – so it’s pretty unusual to see such any such titles coming from the country. But that’s the case for Chrith: Ai no Tabidachi (“The Journey of Love”), published by Koei and developed by Comix.

As you control the holy lord and savior, the screen automatically scrolls from right-to-left, as you bless the needy while avoiding obstacles and enemies. Most of these appear on the field mixed in with the regular folk, which include soldiers, snakes, gravestones, and guillotines (!!). The trickiest enemy is the devil, who appears to rain fire from above, so those are trickier to dodge. Every once in awhile, a halo will drop a glowing icon, which will bless every follower on the screen automatically. Once you’ve helped fifty people, then you move on to the next stage. 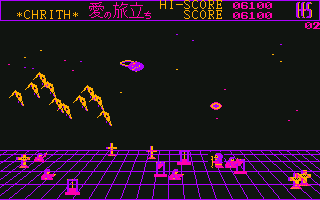 As expected of mid-80s Japanese PC games, the slow speed and chopping scrolling make it very difficult to play. The hit detection is also troublesome, especially as the levels become dense with both friends and foes. It does have a cool 3D effect, as the sprites become smaller if they’re further in the background.

One might assume that the title is a typo, and “Chrith” should actually be “Christ”. The name is spelled differently in Japanese too – “Christ” is typically rendered as “Kurisuto” but is presented here as “Kurisu”. Reading the back story in the manual may elucidate why – the game doesn’t take place on Earth but rather on a planet named Lourdes. In other words, the game borrows the iconography of Jesus Christ but discards any of its biblical roots for a story that’s “original” only on the loosest understanding of the word. 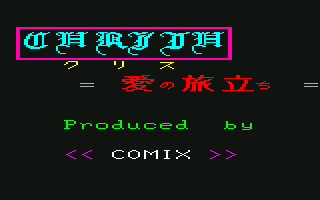