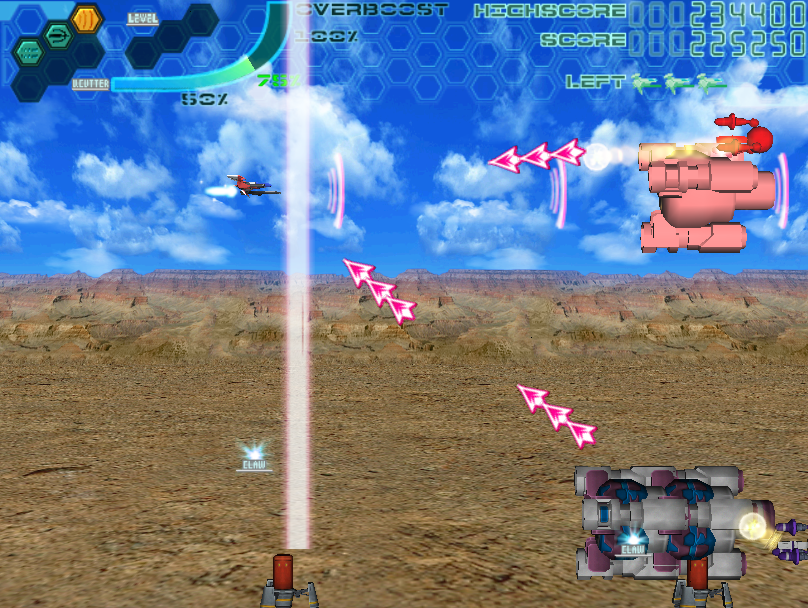 After Thunder Force V, the fate of the series has been in limbo, due to Technosoft having all but disappeared a few years back. Initially, before they went belly up, Technosoft began work on Thunder Force VI, to be released for the Sega Dreamcast. Unfortunately, development of it stopped in the early stages, and proof of its existence only remains in form of a video of the proposed intro sequence that later circulated on the Internet. 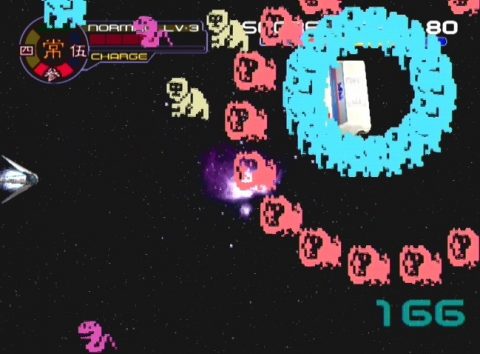 Several years ago, an album entitled Broken Thunder: Noise Image Soundtracks Vol. 3 was released featuring tracks that were intended to be used in Thunder Force VI. The tracks on this album were re-released along with some new arrangements of past Thunder Force songs on the album Broken Thunder: Project Thunder Force VI. Sega producer Tetsu Okano was so enthusiastic about the series that he incorporated its basic mechanics (and even its music) into the final stages of the Dreamcast parody sim Segagaga. In the last stage, the hero jumps into a Sega R360-style arcade cabinet and flies into space for a shoot-em-up segment. This minigame is heavily influenced by Technosoft’s Thunder Force, with similar weapons, and even the exact same sound effects and music. Here, you face off against variations of Sega’s hardware, each introduced with technical specs and their date of release, again similar to Thunder Force V. The SG-3000 tosses single color sprites at you. The Mark III (Master System) attacks with enemies from Fantasy Zone and characters from Nazca ’88 (Aztec Adventure). The Mega Drive, complete with Mega CD and Super 32X, fights with foes from Golden Axe and Space Harrier II. The final battle is against the Saturn, which litters the screen with bullets. In addition to the R720, you can play as an alternate ship which looks like the Thunder Force V vessel. Tetsu Okano, the designer, was obviously a big Thunder Force fan – years later, he would go on to direct Thunder Force VI for the PlayStation 2.

Another CD was released called Absolute Area: Project Thunder Force VI, although most of its music is from Hyper Duel, another Technosoft shooter. 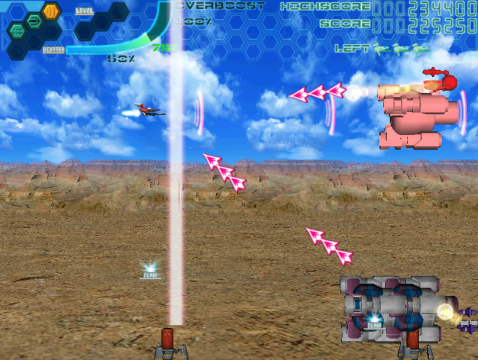 In 2006, a doujin studio called Factory Noise & AG announced a game called Broken Thunder, which was to be a tribute to the Thunder Force series, utilizing the released soundtrack. However, it was very poorly made, and quickly pulled from store shelves, under the promise that it would be “fixed“. That never ended up happening.