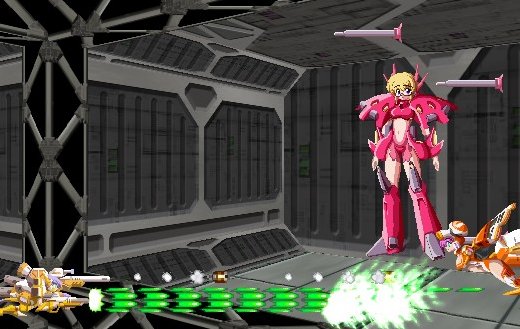 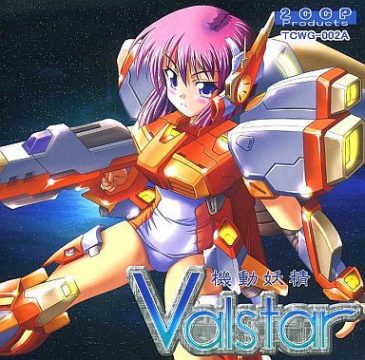 Valstar has a pleasant feeling of quasi-nostalgia to it. It feels like a long lost arcade shooter, the kind you’d find emulated in MAME years after the release, the kind that never garnered much attention because it didn’t do anything particularly radical. But damned if it’s not a pretty solid side scrolling shooter, especially for a doujin release.

Valstar is mostly impressive because it features 2D Sprites on 3D, reminiscent of modern console shooters. It’s not exactly mind blowing – the look and feel suggest a low-rent version of Border Down – but again, it’s impressive considering that most doujin shooters are strictly 2D. The sprites don’t fare quite as well – they’re gaudy and poorly detailed. Plus, the game shoehorns an unnecessary moe factor by featuring cute little girls melded with spaceships, mechas and other bizarre creations. Most of it looks quite bad and severely out of place with the rest of the visuals. It’s also more disturbing than anything else – what exactly are you supposed to think of a floating gothic lolita chick with robotic tendrils flowing from beneath its skirt? 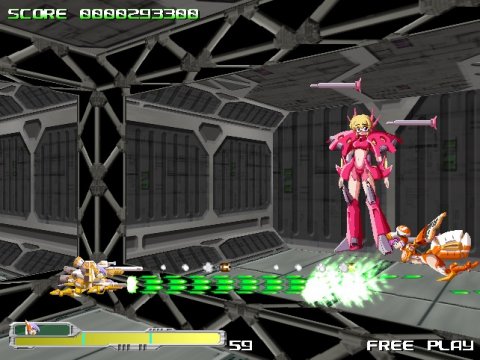 Beyond that, though, it’s pretty standard fare. There are only two buttons – a rapid fire attack and non-rapid fire attacks – and no bombs. The weapon system is similar to the likes of the TG16 Star Soldier games, with three colored emblems that can be collected and combined for different strengths and effects, balancing a straight-forward yellow/green gun, a wide spread red gun, and a homing blue missile. After picking up a few power-ups, your special meter will begin to fill up – by holding down the non-rapid fire button, you can charge for up to three levels of special attacks. The red weapon will create a steady blossom of fire that spreads outward, making you feel like a Cave shooter boss and decimitating pretty much everyone on the screen. The green weapon will fire explosives and the blue weapon will fire a Metal Black / G-Darius / Border Down-style super laser. There are three levels of difficulty, as well as an “extra” mode which slightly changes the game, and the option to set your credit limit.

There’s a good amount of polish that suggest that designers 2CCP really knew what they were doing – the score and status bar dims whenever your ship approaches the top or bottom of the screen, to more easily clarify your view, and the game politely informs you whenever enemies are approaching from offscreen. Some foes fly in from the background, and it’s hard to determine when they actually come into play, but otherwise this system works pretty well. Some of the bosses have some pretty hectic bullet-hell style patterns, though nothing nearly as complicated as anything by Cave or Touhou. Like many modern shooters, there’s no real level design – just waves upon waves of enemies – although the backgrounds keep things from getting too repetitive. Your ship is annoying large, but the hitbox is pretty small. Most of the music consists of bland rave and techno music, all of which is easily forgettable. 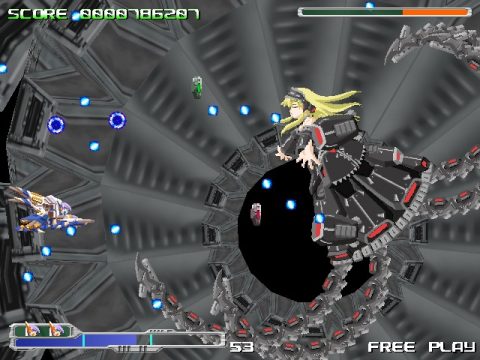 Again, there’s little of note in Valstar‘s five stages of gameplay, but it does what it does well, so it’s worth looking into for the shooter fans.

Links:
2CCP Has a trial demo