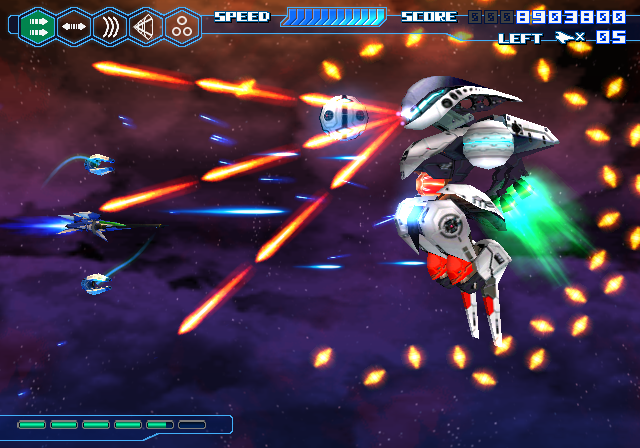 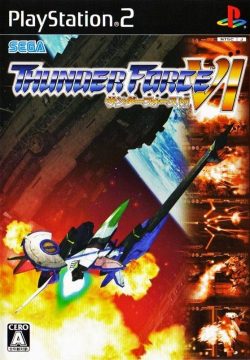 In 2008, Sega picked up the license from the departed Technosoft, and developed Thunder Force VI for the PlayStation, as a Japanese exclusive release. Many of the basics have been carried over from Thunder Force V, mostly its level design and speed. The graphics are once again all 3D, and the game uses this to its advantage, zooming and panning around the ship for dramatic effect, while the action still takes place entirely on a 2D plane. This might bring back nightmares of the early PlayStation shooter Philosoma, but it’s pulled off much better here. The graphics themselves are really just average – there’s a lot of blurry, repetitive textures and noticeable fog. It’s not bad, but it’s a step back from Gradius V, or even earlier PlayStation 2 shooters like R-Type Final. At least it keeps a lot of the silly Engrish from Thunder Force V, although a lot of the text is written (and spoken) in Mongolian. 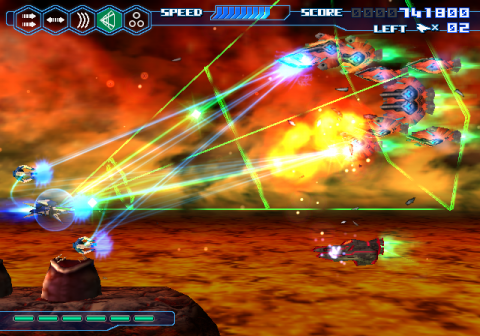 The major difference from its immediate predecessor is that all five weapons are available at all times, even when you die, and you’ll continue right where you left off whenever you use a credit, as opposed to restarting the stage. The overdrive system is powered by greens orbs left by fallen enemies, so you no longer need to sacrifice a CRAW to use it.

Even though these seem to be some welcome changes, the initial impression of Thunder Force VI really isn’t all that great. The first few stages lift too many sections from previous games – the opening section of the third stage is taken almost directly from the first level of Thunder Force V. During one of the final encounters, you fight the ship from Thunder Force IV, which is cool – too bad Thunder Force V already did it too. There’s very little originality, and it seems bent far more on homage than innovation. 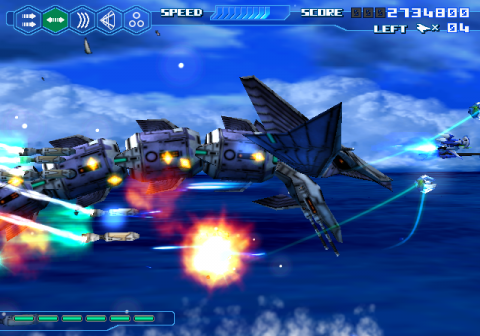 At the outset, it’s also a bit too easy, at least on the default difficulty levels. On the plus side, the Kids difficulty allows pretty much anyone to practice, while the availability of the Hard and Maniac levels provide a much larger and more satisfying challenge. Multiple playthroughs will unlock a couple of extra ships. The Rynex, the ship from Thunder Force IV, even has a different weapon set and loses its weapons when it’s destroyed, making for a more traditional experience. The second unlockable ship, alas, is just a variation on the first. There are several “documents“ to unlock too, although they’re all in Japanese.

The music is disappointing. Despite assembling a squadron of shoot-em-up music veterans, including Tamayo Kawamoto (Rayforce), Go Sato (Raiden) & Motoaki Furukawa (Gradius), the soundtrack is a bit too laid-back, sounding more appropriate for a trippy Darius game as opposed to the hard rocking themes of the previous Thunder Force games. It’s still good, but it just doesn’t fit with the lineage of the series. 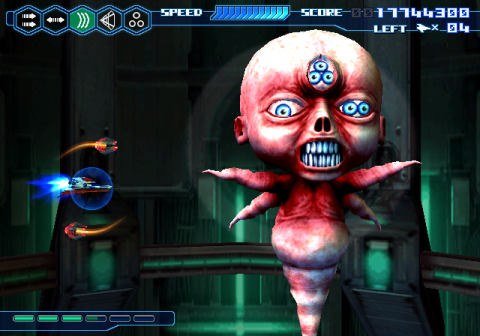 Though it’s a bit disappointing that Thunder Force VI feels so recycled, at its core, it’s still a well-made shooter that pulls off the difficult task of appealing to both casual and hardcore shooter fans.