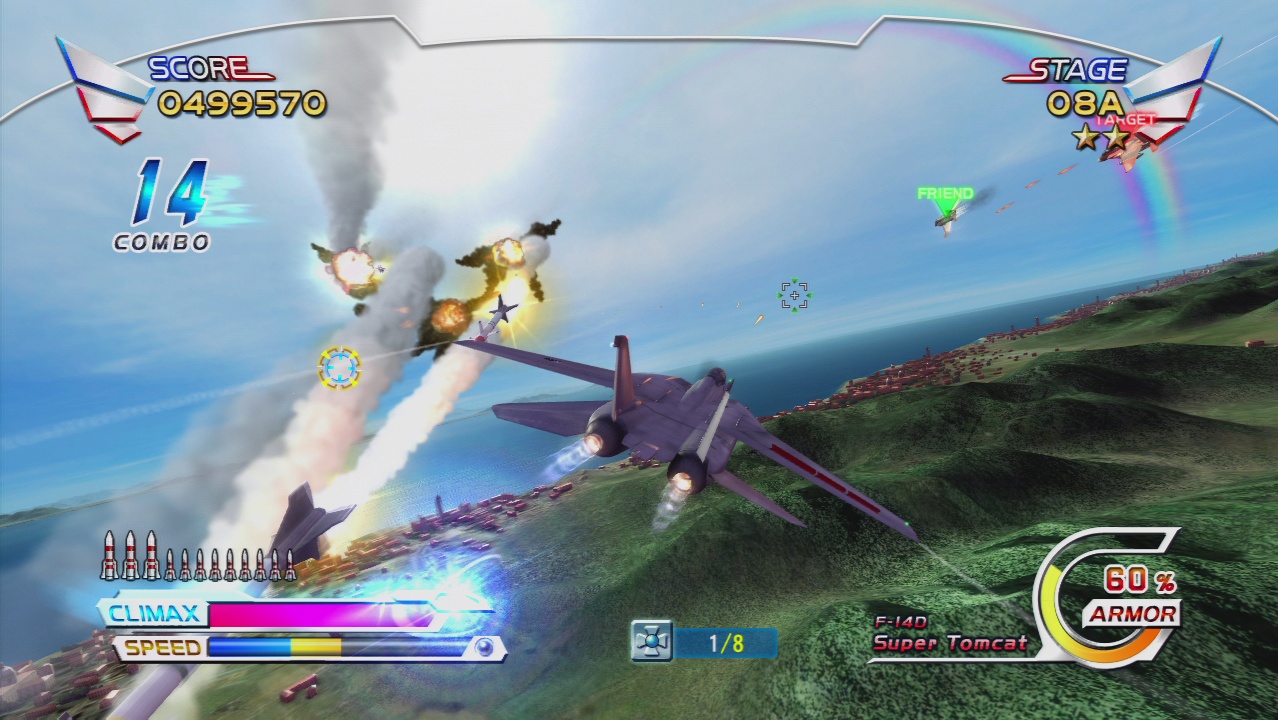 Even though After Burner technically had many follow-ups, none really captured the style of the original arcade release. After Burner Climax, released in arcades in 2006, is as close to a proper sequel as possible. Much like OutRun 2, it takes the basic concept of its predecessor, and revamps it for the 21st century, both from a visual and gameplay perspective, while still keeping it faithful in spirit. The result is a totally brilliant experience.

After Burner Climax runs on the Sega Lindbergh board, which is essentially a Pentium 4 computer with a NVIDIA GeForce 6800 video card. It looks absolutely gorgeous, totally outclassing the After Burner PS2 remake and After Burner Black Falcon, not only in technical force but artistry. Many of the levels are the same types seen in the original arcade game – oceans, cities, deserts – but now meticulously rendered with high definition textures. Several new areas are immensely impressive as well, with one taking place over volcanic islands, and another flying underneath the aurora borealis. 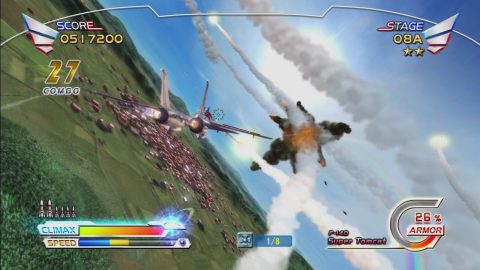 There are a few canyon stages, and naturally these have much more detail than the simple ones found in the original arcade game, as you dodge between mountains or underneath rock formations. Additionally, there are even a couple of interior levels, where you fly through factories and need to avoid smashing into the walls or scenery – these feel akin to if Star Fox 64 stabbed itself in the heart with some adrenaline. The sense of speed is perhaps even faster than before, and maintains 60 frames per second consistently.

The music is, unfortunately, rather grating, though the original (and superior) After Burner II soundtrack is available to listen to as well. There’s also quite a bit of radio chatter throughout, mostly discussing your attempts to attack the ambiguous nation of Z and its nuclear arsenal. Most of it is indecipherable and drowned out by the music.

The core gameplay is much the same as it was in After Burner II, though some elements have been borrowed from Sky Target. You now have an armor meter allowing you to take a few hits before crashing, and missiles slowly regenerate on their own, so technically you can never run out. There are three different jet fighters – F-14D Super Tomcat, F/A-18E Super Hornet and F-15E Strike Eagle – though there’s not much of a difference between them. The stage route has a few branching paths, plus a handful of “secret missions“ that require you to destroy specific enemies and can also open up different levels. There are also three different endings, based on the route you take as well as how successful you are with secondary objectives. There’s also the “Climax“ gauge, as referenced in the title. As you destroy enemies, it quickly fills up – when maxed out, you can use it to slow down time and target an unlimited amount of enemies with an infinite supply of missiles, making it quite handy for those moments when dozens of bad guys appear on the horizon.

In the arcades, After Burner Climax was released using the same sort of hydraulic motion cabinets as its predecessors. Four years after its launch, it was released on the Xbox Live Arcade and PlayStation Network as a downloadable title. It’s a brilliant port, because not only does it perfectly replicate the high definition visuals, but it also introduces a series of bonuses called “EX Options“. When reaching certain milestones (such as shooting down enough enemies, playing through all of the routes, and so forth), it opens up some in-game element to tinker with, including the number of credits, the size of the lock-on reticule, the armor on your jet fighter, and so forth. Beyond posting scores on the online leaderboards, this provides an incentive to continually replay the game, which is especially nice for a title originally developed for the arcades. 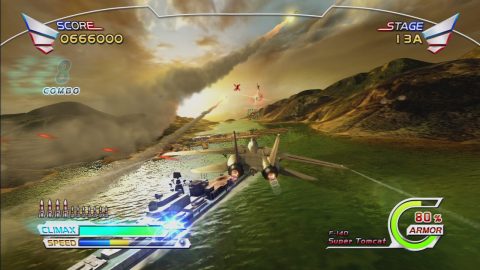 The iOS and Android versions were released in 2013. While the visuals don’t even come close to its bigger brother, it controls surprisingly well with the touch screen, and the score attack-style gameplay works well for quick mobile gaming.

Unfortunately as of the end of 2014, the XBLA and PSN versions have been delisted. The iOS version is gone as well. 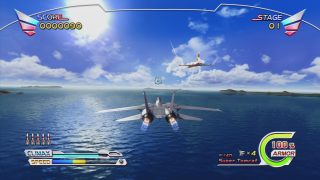 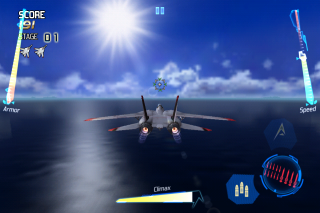