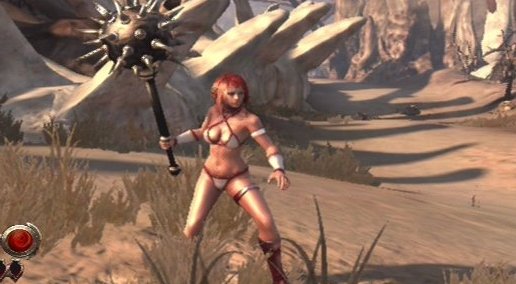 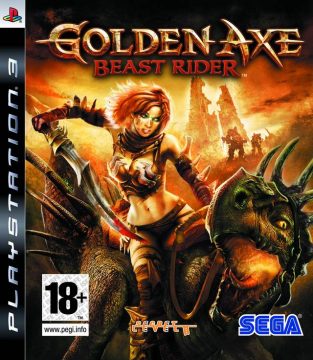 In 2008 Sega resurrected the Golden Axe license for the PlayStation 3 and Xbox 360, giving it to developer Secret Level. Their track record was not great, given that they created the ghastly-but-bestselling Iron Man movie tie-in game, and fans panicked that yet another Western developer would screw up a classic Japanese franchise.

As it turns out, their fears were not unfounded. Golden Axe: Beast Rider is a sub-par hack-and-slash sharing only the most basic of elements with its predecessors. The biggest disappointment is a complete lack of cooperative play. The second biggest disappointment is that only Tyris Flare is available as a playable character, though the others take part in the story. Gilius Thunderhead (whose best line of dialogue is: “By my balls, girl, I thought you were dead!”) and Ax Battler (officially named “Tarik”, perhaps in a nod to the Master System conversion) are only present in cutscenes. 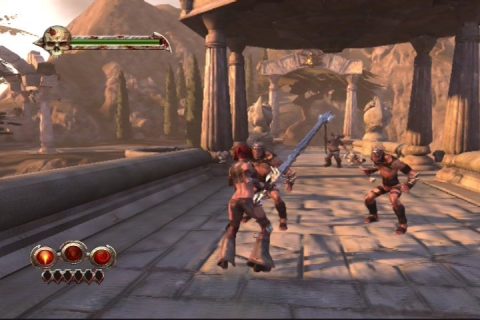 Other elements from the 16-bit games are also present. Death Adder is the penultimate foe, and many of the enemies are similar to the old games. The gnomes also appear in certain areas, giving up magic and meat when attacked, but also poison in later segments. Enemies also turn stone grey after being slain, although they disappear shortly thereafter. The classic “coin insert” sound effect even shows up. But outside of these references, and some vague attempts to weave together the storylines of the previous games – the main goal is to assemble the broken Golden Axe – the connections to the older games are fairly sparse.

The game is divided into several chapters, most of which are subdivided into several “challenges”, which act as checkpoints. As expected, the side-scrolling viewpoint has been replaced with fully 3D action, putting it more in line with contemporary games. But unlike conceptually similar titles such as Devil May Cry and God of War, which use fixed camera angles, Beast Rider primarily relies on a user-controlled camera, which never quite feels right. This is a problem because there’s no ability to lock on to foes. Tyris simply chooses a nearby enemy and attempts to follow it, although even this is clumsily implemented. 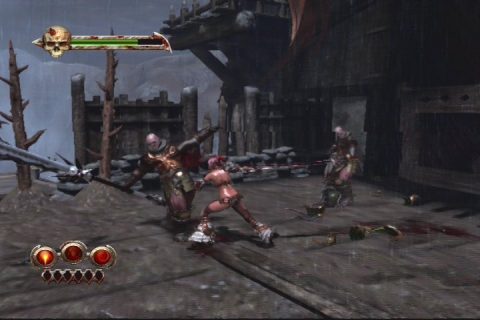 The fighting is fairly simple: in addition to weak and strong attacks, there is a “knock back” attack executed by pressing both buttons. The strikes lack impact, and everything just feels flimsy. There are approximately a dozen weapons, each of which acts the same way but has different properties. These are unlocked by finding “tribute” throughout the stages. In addition to Death Adder’s weapon, dubbed the “Death Reaver”, you can also obtain the Golden Axe itself in the later stages of the game. However, your weapon can only be switched between the levels. You also unlock various costumes for Tyris, including the classic red/white bikini get-up.

The only decent aspect of the combat is the block/parry system. Most enemy attacks give off a faint glow. Orange attacks can be parried with L1/LB, while blue attacks can be blocked with R1/RB. Green attacks can be either parried or blocked. After defending against an attack, you can counterattack with a powerful blow. This allows for a strong defensive game, one that’s actually rather fun when it works. However, it can also be chaotic, especially when you’re stuck in a huge crowd. The window for blocking is also way too short, making it hard to execute effectively, particularly when your view is hindered by other enemies. 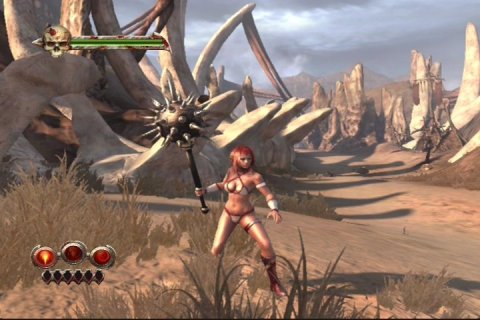 As the title suggests, a big focus is placed on the variety of beasts you can ride. These include dragons and other steeds similar to the Bizarrians from the arcade game. Sadly, the famous bird beast Chicken Leg is missing, and its supposed equivalent looks almost nothing like it. Some beasts are found being ridden by enemies, and others spawn at summon points, which can be revisited at any time. There are only five types, although each has special powers. One can, for example, breathe fire, while others can turn invisible. The problem is, all of the cool attacks drain the beasts’ health, so you really can’t use them too often. And while it’s fun to run around and stampede over enemies, trying to control them in close quarters combat is incredibly awkward. 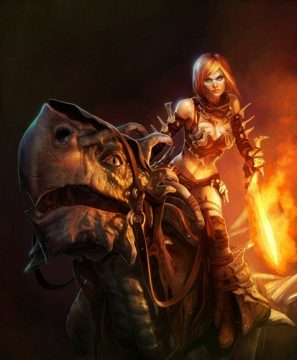 While Beast Rider has some excellent concept artwork, very little of it transfers well into the actual game. The character models are alright, but Tyris’ running animation is a bit off. The environments look good from a distance, but the level design is dull. The backgrounds not only lack detail, but repeat themselves over and over. Despite this low quality, the game struggles to keep up 60 frames per second. It is, however, far gorier than the original games ever were. 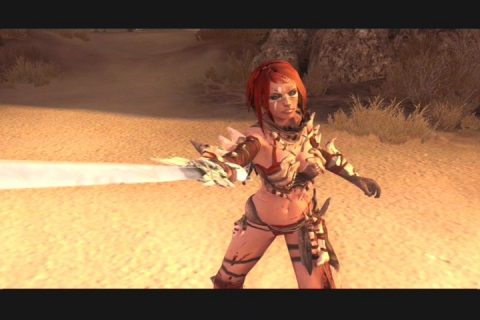 The original arcade game had some incredibly stirring music given the tinny FM synth, and it would’ve been awesome to see it given the full orchestral treatment. Instead, we’re given boring background music. The arcade game had some of the best sound effects in a beat-em-up, from the head clunks to the wailing screams. Here, everything is dry and unmemorable. Although there are two fire-based magic spells (and one ability to summon the Golden Axe and chuck it around), they completely pale compared to the amazing graphical effects in the days of old. Forget the flame demons and fire-breathing dragons from before – here, you just shoot some fire around yourself.

But most importantly, wailing on bad guys and knocking their skulls in was straightforward but enjoyable fun. Golden Axe: Beast Rider can’t even handle that properly. It’s even outclassed by second string action games like Conan and Heavenly Sword, although, to be fair, it’s a bit better than the PS2 Altered Beast revival, which is damning it with faint praise. The game also hints at a sequel, but after the abysmal performance of this title, it’s highly unlikely.