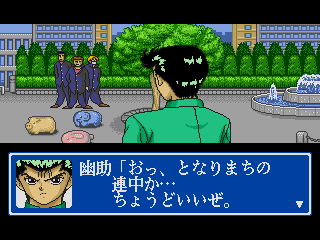 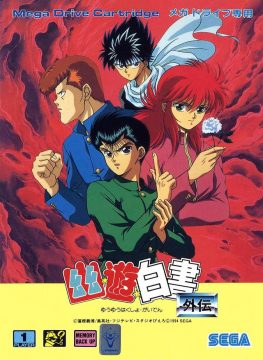 One of the rare Japanese adventure games to play out in third-person, it tells an original story set during the two months in which Yusuke and friends prepare for their upcoming confrontation with Toguro. While genre contemporaries typically confine mostly-static images to a sub-section of the screen, with different menus taking up the remaining space, Gaiden’s elaborate, partially-animated pixel art fills the whole screen, like a 16-bit era cutscene made into a game. 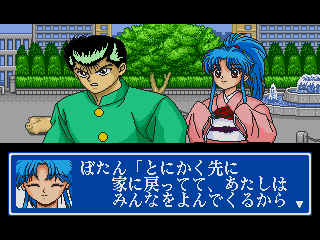 The battle system, too, is unique. The view is initially set behind your character’s back, suggesting turned-based RPG combat akin to Phantasy Star 2 or 4, but it’s actually all in real time; you can walk around, block, or lunge forward to attack your foes, with four regular attacks and a special move for every playable character. 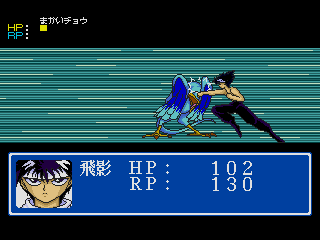 Each of the four heroes gets his own short chapter where he wanders the city and runs into various demons, before they all join up for the real battle in the Underworld. There was an effort to translate the game into English some years back, with videos on youtube showing progress, but unfortunately it’s unknown whether it’s still active. 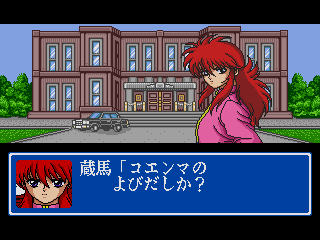 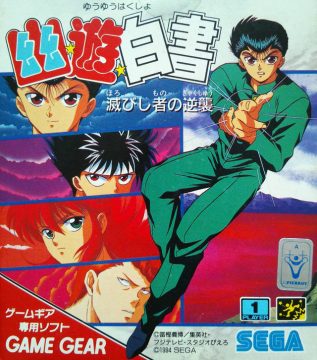 The first of the two Game Gear installments offers a few novel ideas. It’s mostly a beat-’em-up, except the boss battles are turn-based. When it’s your turn, you either press the attack button or hold it for a few seconds to trigger a limited-use special move. Then a trigger appears that moves around the boss on its own; you press the button again, hoping it stops on the boss’s weak point and not two inches off his head, and your attack comes out. The boss then attacks in real time, and you either move right, left, or stay still to avoid it, similar to a simplified Punch-Out!!. Their physical attacks can be dodged with quick reflexes, but for spiritual powers you need to guess ahead of time or memorize the patterns.

Each of the four heroes needs to complete one of the first four levels on their own, though you get to pick who does which and in what order. If your current character dies, rather than restarting, you have to borrow from the other characters’ health bars, who will then start their own level already wounded (unless you’ve already beaten a level with that character). The epic, multi-part final level throws in some platforming segments, and lets you switch between the characters at will, which is necessary at some points as Yusuke hilariously cannot jump high enough to reach certain platforms.

The true final boss, which only appears on the Hard difficulty, is patently unfair, but the game is pretty decent otherwise. What little plot there is deals with the return of Dr. Ichigaki, a mad demon scientist who conducted experiments on martial artists during the Dark Tournament saga. 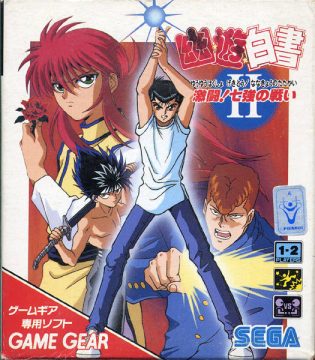 A cross between the Super Famicom’s Visual Battle games and its prequel’s boss battles, where boths characters have five seconds to pick a move before the results play out in a cutscene. It also uses the moving target system to determine where the hits land. It’s got far less depth and fewer moves than its 16-bit brethren, but it’s a decent, short-term distraction, and the visuals, though obviously less elaborate, are impressive for an 8-bit system. The 7 characters alluded to in the title are the members of Team Urameshi, plus Toguro, Itsuki and Sensui. It technically received a fan-translation, but as there is no in-game text, it’s really just a title screen hack. 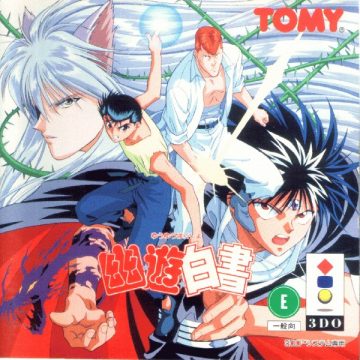 The 3DO fighter, co-developed by Hudson Soft and TOSE, is an interesting failure. The characters and animations were apparently digitized and converted from animation cels, similar to the method used for Aladdin on the Genesis, but the job was poorly done, leaving the sprites with jagged edges and confused lines. Coupled with the low amount of frames per movement and the scaling that takes places when characters move away and toward each other, it results in an ugly yet striking look that is somewhere between authentic anime and cheap mess. This roughness extends to the gameplay, where a number of moves lack the range to have any practical use, and the projectiles are so slow that they almost never hit target. For some reason, it only uses two buttons, each character having a weak and a strong hit. To be fair, it’s not completely unplayable, but it’s not quite competent, either. 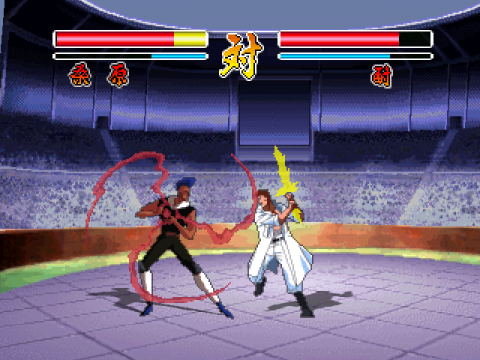 As usual, the story mode centers around Team Urameshi (minus the Masked Fighter) as they fight their way through the Dark Tournament, then the Sensui arc. When one of your character is defeated, another can take his place, with the opponent retaining the same level of health and spirit energy, but your team members only regain a quarter of their max health after each victory. The game earns a few points for presentation, being the first to show actual clips of the anime between battles, complete with a narrator summarizing events and introducing the next opponent. There is also a gallery featuring art drawn by Yoshihiro Togashi. 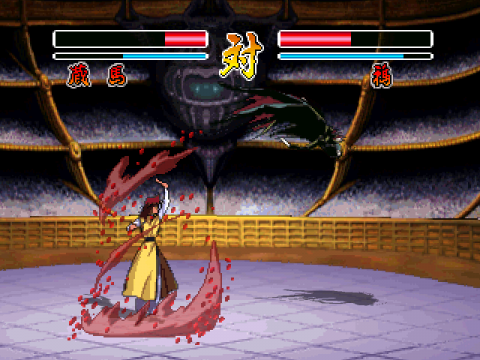