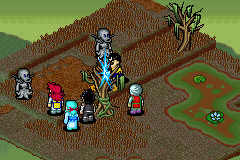 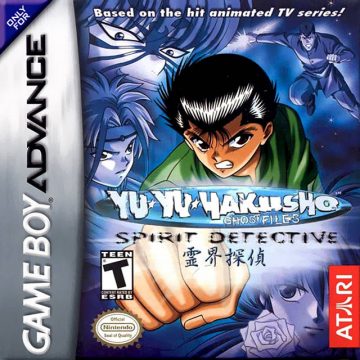 For Atari’s first game based on the franchise, Utah-based Sensory Sweep was commissioned to develop what might be (very) loosely categorized as an action-RPG, more or less in the vein of the Legacy of Goku titles. The result was very poorly received.

It sets out to re-create the first part of the anime, from Urameshi’s death to his first encounter with Toguro, through a series of particularly ugly levels viewed from a perspective that seems to hesitate between top-down and isometric. A compass points you towards your next objective, which usually involves meeting with a certain character or beating one up. The city where it takes place is an absurd maze of walls and buildings bunched together in never-ending clusters, and the game’s first half is mostly spent struggling to navigate it. In one particularly tedious level, you’re given 10 real-world minutes to retrieve pieces of Kuwabara’s homework strewn about the city, and it takes nearly as much, despite the compass pointing the way to each piece. 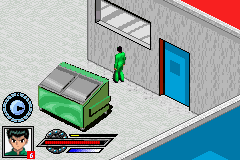 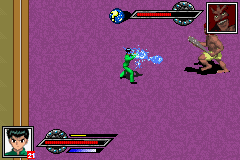 Things improve a bit in the second half, where the levels are structured more like dungeons and are ironically less convoluted. The battles play out like a brawler with particularly bad hit detection, but you do gain access to special moves from the series as you level up, including the ever-useful projectiles, and you can alternate between the four main characters at will once they join your party. They’re pretty bad, but still a lot better than the aimless running around.

In 2005, the game was re-released as part of a two-game compilation along the equally abysmal Dragon Ball Z: Taiketsu. 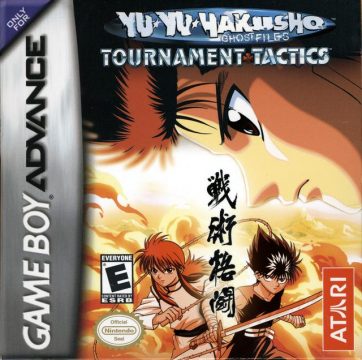 Picking up where Spirit Detective left off, the second GBA game is, as the title implies, a tactical-RPG, based once again on the Dark Tournament story arc.

If a martial arts tournament is a natural fit for a fighting game, it’s an odd choice for a genre typically known for lengthy single-player campaigns and epic tales of war. The game’s solution to the first problem is to litter every step of the way with battles against generic monsters so as to pad it out as much as possible. Urameshi and crew want to rest for the night before the preliminaries? There are seven skirmishes on the way the hotel. Nothing is really done to expend on the tale, however; Tournament Tactics can be fairly described as a tedious collection of simplified, slow-moving tactical-RPG battles with sub-par graphics and music. Though the maps are small, it takes forever for your units to get anywhere as their movement range is too limited, and there is little strategy or challenge to speak of. 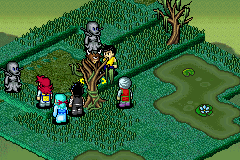 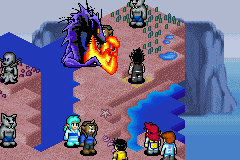 To tie the game in with Spirit Detective, Suzaku and the other Holy Beasts reappear to challenge the heroes in a short, post-game scenario, but the requirements to access it are insane; you need to max out the levels of every playable character in the game, which could take nearly as long as finishing the game itself.

Developer Sensory Sweep filed for bankruptcy a few years later; its founder, Dave Rushton, was briefly incarcerated in 2010 for tax fraud and racketeering, and again in 2012 for wage theft, all offenses committed in the course of running the studio. 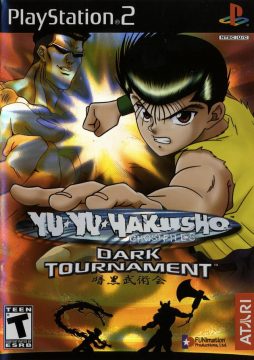 Rather than Sensory Sweep, Atari’s PS2 entry was contracted out to Digital Fiction, who’d previously released the cell-shaded Gamecube boxing game Black & Bruised to a mixed reception. As a result, YYH at least has some decent-looking cell-shaded models, though they’re a bit lacking in details, and the partly-destructible environments aren’t too bad. The gameplay, however, is quite mediocre. 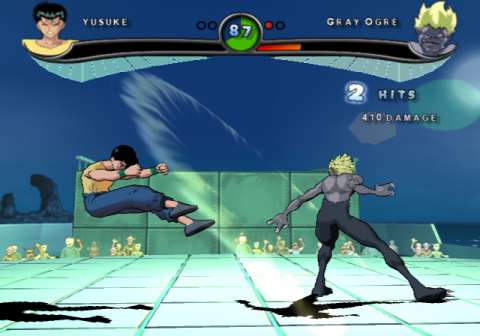 The controls aren’t responsive, with a noticeable lag between the input and the result. The CPU doesn’t suffer from that problem, of course, so its moves tend to come out before yours. Slower characters are massively disadvantaged compared to the fast ones, and can never seem to get a hit in. It doesn’t help that grappling in general is weak and easily countered due its sluggishness. The big Spirit Moves, whose uses are severely limited by a slowly-refilling gauge, are also too slow to come out, and can simply be blocked without consequence. Even something as basic as turning around when the opponent jumps over you is iffy. The default method for executing crouching attacks is cumbersome; you have to press Down and Block together, holding Down but releasing Block, then attack, all for a simple low kick. The movelist is small, the game flow is clunky, and the hit detection is questionable. 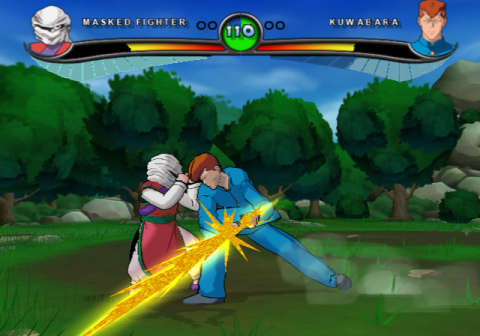 On the plus side, the game has one of the largest cast out of any Yu Yu Hakusho games, but the choices can be odd – you can play as irrelevant characters like M1, M2 and M3, but popular alternate forms like Youkou Kurama and Young Genkai are nowhere to be found. Annoyingly, you have to unlock everyone besides the five members of Team Urameshi. In addition to an elaborate Story mode that uses clips from the anime like the 3DO game before it – though the choice of clips is poor, and misrepresents the overall storyline – there’s a Tag Team mode and a token-based board game.