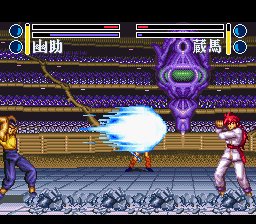 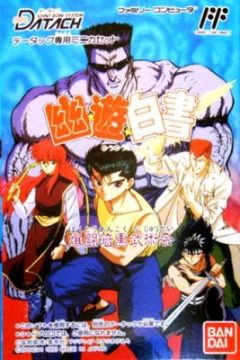 The lone (and late) Famicom entry could only be played through a gadget called the DATACH, released by Bandai in late ’92. Though it fit into the Famicom’s cartridge slot and used its own special cartridges, it mostly acted as a scanner, reading barcodes off cards packaged with the games and translating the data into stats for playable characters or bonuses, like an early-’90s ancestor of Nintendo’s Amiibo technology. 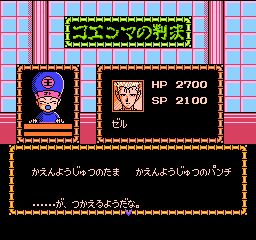 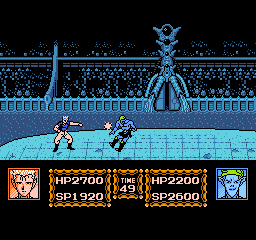 The game itself is another fighter revolving around the Dark Tournament, featuring an impressive roster of 22 characters, including even minor players like Zeru and Gama. Rather than the standard health gauge, HP and SP (Spiritual Points) are shown as numbers, similar to an RPG. Regular punches and kicks do very little damage, but landing them gives you SP, which is necessary to use your more powerful special moves. It’s also possible to win by knocking the enemy out of the ring, provided they don’t get up within 10 seconds. Finishing characters with certain moves will even trigger a small animation at the bottom of the screen. That said, the game’s not very good; the controls and hit detection are wonky, the flow of battle is clunky and everyone has a ton of HP, often causing the battles to drag on or end in a Time Out. The AI is also poor, with enemies sometimes just jumping out of the ring of their own volition, knocking themselves out in the process. 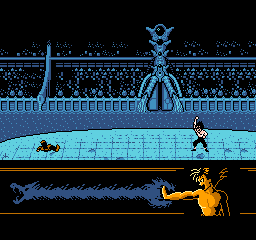 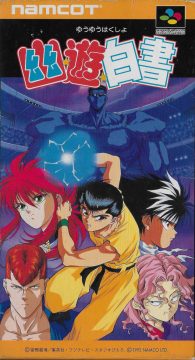 The first Super Famicom adaptation is an early example – possibly the first – of a genre that is almost entirely unknown outside of Japan, the Visual Battle. Mostly used in conjunction with anime licenses in the early and mid ’90s, it consists of turn-based or semi-real time battles in which each fighter chooses an action before an animated scene portrays the results. The appeal lies in both the strategic nature of the gameplay and the elaborate visuals, far beyond the action games of the time. 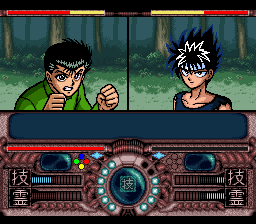 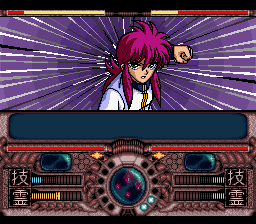 During the action phase, you begin by holding any of the D-Pad’s directions to charge up a gauge that determines the hit rate and potency of your next move. When the gauge is filled to your liking, you press one of the face buttons, which determines your move in combination with the direction you’re already holding, for a total of 16 possible moves per character (four directions times four face buttons). Each direction corresponds to a category: back is for defense, forward for physical attacks, down for special offensive moves and up for status-affecting moves. For example, loading the gauge with Up then pressing X will make most characters jump, putting you out of range of ground-based physical attacks. Each type of special move – offensive or status-affecting – uses up its own type of energy, which can be restored by using orbs you receive whenever you inflict more damage than the opponent in a given turn. It’s a complex and rewarding system, though it’s necessarily slower-paced compared to a standard fighter.

The story mode is pretty extensive and goes from the early battles to the Dark Tournament, but the game is single-player only. 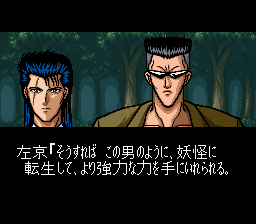 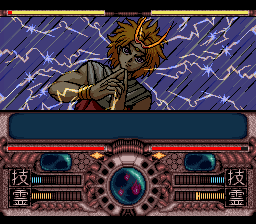 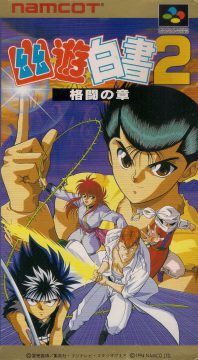 For the sequel, Namco and contractor TOSE opted for a standard VS fighter. It was already a bit dated by 1994, edging closer to the original Street Fighter 2 than its later versions, with slow-paced gameplay, two or three special moves per character and limited opportunities for combos. They did throw in Desperation moves (which can only be used when near death) and a gauge that gets depleted as you use special moves, but it refills rapidly on its own and isn’t much of a factor. 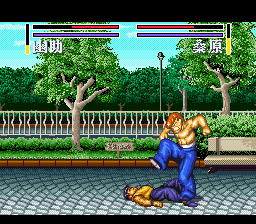 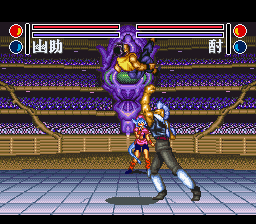 The sprites are big and pretty well-drawn, though everyone looks much, much buffer than usual, and the backgrounds are bright and colorful, with little details like cars occasionally driving behind the park that serves as Kuwabara’s stage. In addition to the standard Arcade mode, there’s a story mode where you start out as Yusuke minus any special moves and unlock moves and playable characters as your work you way from the Spirit Detective arc to the final battle against Toguro. Not a bad game, but nothing special. 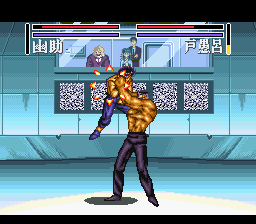 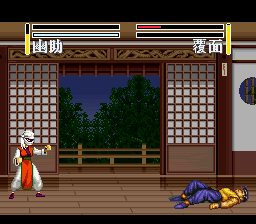 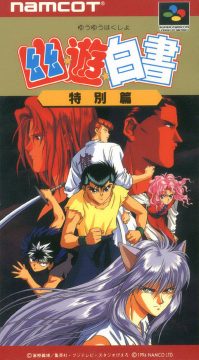 A return to the Visual Battle gameplay of the first SFC entry, Tokubetsu Hen (literally “Special Edition”) replaces the Story mode with 2-player competitive gameplay. The visuals have been improved, with some particularly impressive special moves, and the battle system has seen some minor tweaks, while a few characters have been phased out in favor of fallen Spirit Detective Shinobu Sensui and a some of his cohorts. 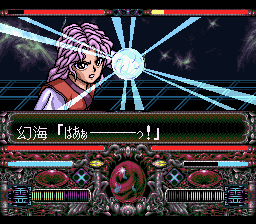 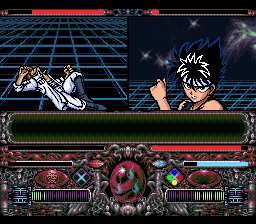 When knocked out, you are defenseless for a while. 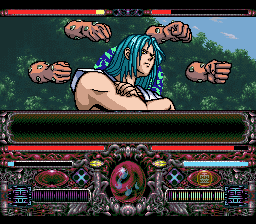 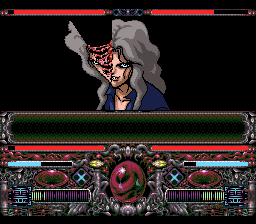 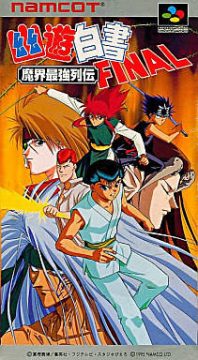 Final is both an adaptation of YYH’ closing story arc and the last game based on the series to be released in Japan for a decade. It seems to have been designed as an answer to every issue fans may have had with YYH2, featuring faster, more fluid gameplay, more extensive movesets, and small, strange sprites with slender bodies and disproportionately long legs. It’s got a second set of Desperation moves that instantly dizzy the opponent, throw recovery, and finishing moves. To help players with the added complexity, it’s also got a brand new training mode, and an option to assign special moves to L and R for those who can’t be bothered to learn them. It’s one of the few games to let you play as Raizen, Yomi, and the rest of the S-Class demons from the anime’s final season, and the only game to date to let you play as Yakumo, the antagonist from the second movie. Definitely one of the better fighters in the franchise. 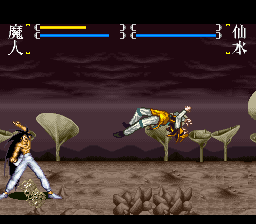 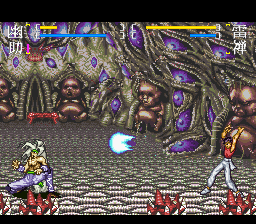 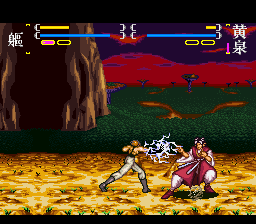 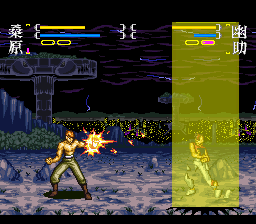