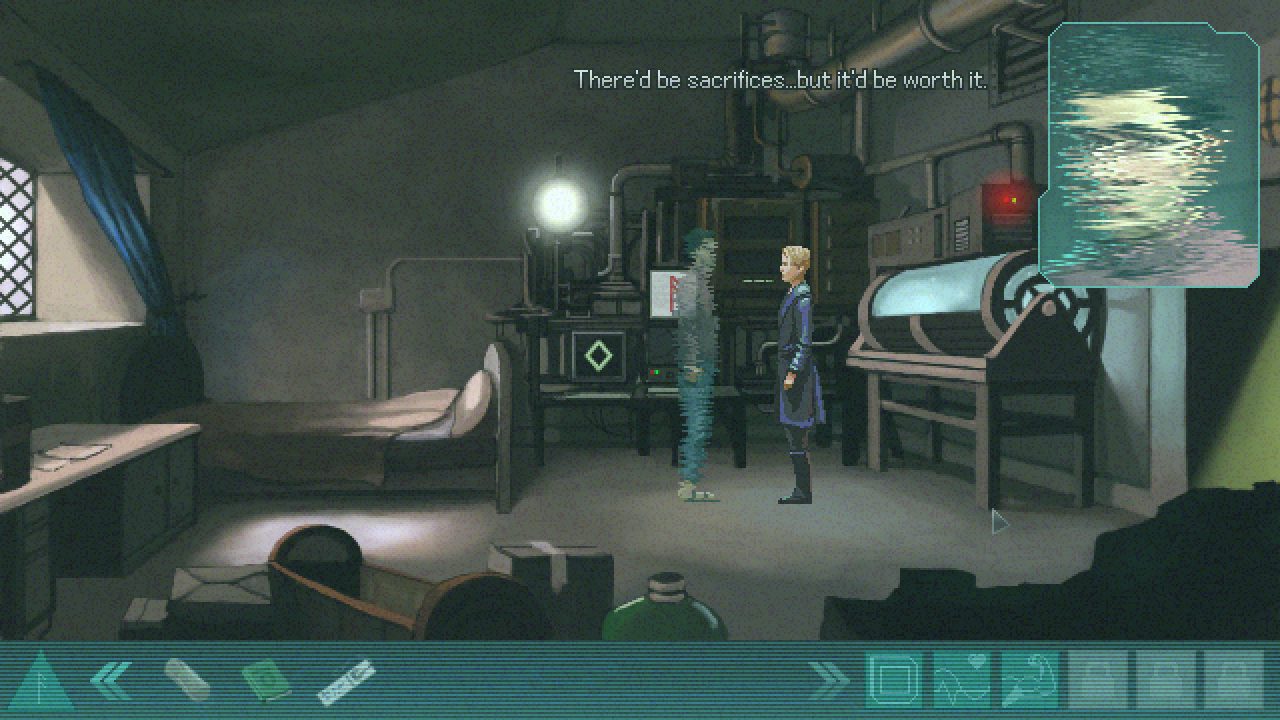 Whispers of a Machine is the second game from Clifftop Games, whom you may remember for Kathy Rain. As a sophomore effort, it’s strange. It’s both a great improvement in many ways, but also feels oddly lesser. It has more Wadjet Eye talent behind it, with portrait art being done by the incredibly talented Ivan Ulyanov, plus Dave Gilbert and Shelly Smith-Shenoy handling casting and even doing some VA work once again. The mechanics are more complex and interesting, with ideas never quite matched up in a point and click space like this. The issue is that Whispers of a Machine is one of the most oddly humble games you’ll ever find from an established developer. 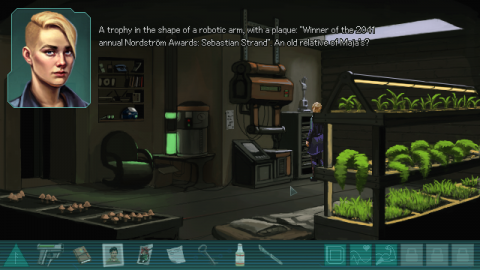 The game has a pleasing yet subtle setting and set up, with an augmented detective named Vera exploring some murders and getting mixed up with a bizarre case centered around a powerful AI, something taboo in this vaguely Norse/European setting. Her augmentations are the interesting hook of the game, as they begin to form at set moments based on the dialog options you’ve been picking, shaping Vera’s personality. Thus, role play decides your powers, from mind control to invisibility, and this in turn changes the puzzle solutions available to you. 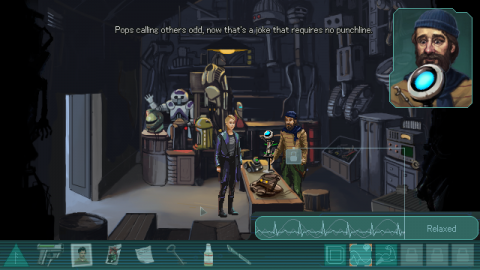 This is an extremely cool idea that makes the game a must for replays, as you can even mix and match powers by switching focus from one personality trait to another after unlocking your first unique power. It also changes how different scenes play out, and even what characters you’re most connected to. As far as using RPG elements in a point and click go, what Whispers of a Machine does design wise is way more interesting then any of its peers, including the fantastic Unavowed and Mage’s Initiation. 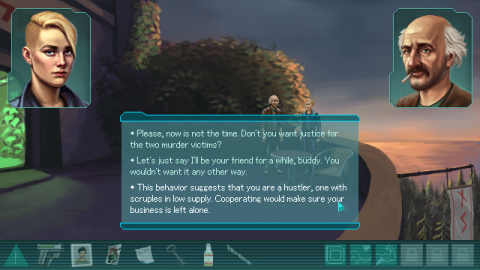 Unfortunately, the game is rather short, and the environments feel oddly empty and lifeless at points. It’s a pretty game, but the ambition of Kathy Rain is completely absent in the scope department. While a game being short isn’t a big deal, being able to finish a game in two to three hours with a plot this grand in its ideas and stakes with little challenge just doesn’t really work. It makes the game easier for replay, and very suited for mobile players, but it lacks that sort of memorability factor. It feels disposable, like a stepping stone for something larger one day. Check it out just for the cool mechanics played with here, just don’t expect the next point and click classic.