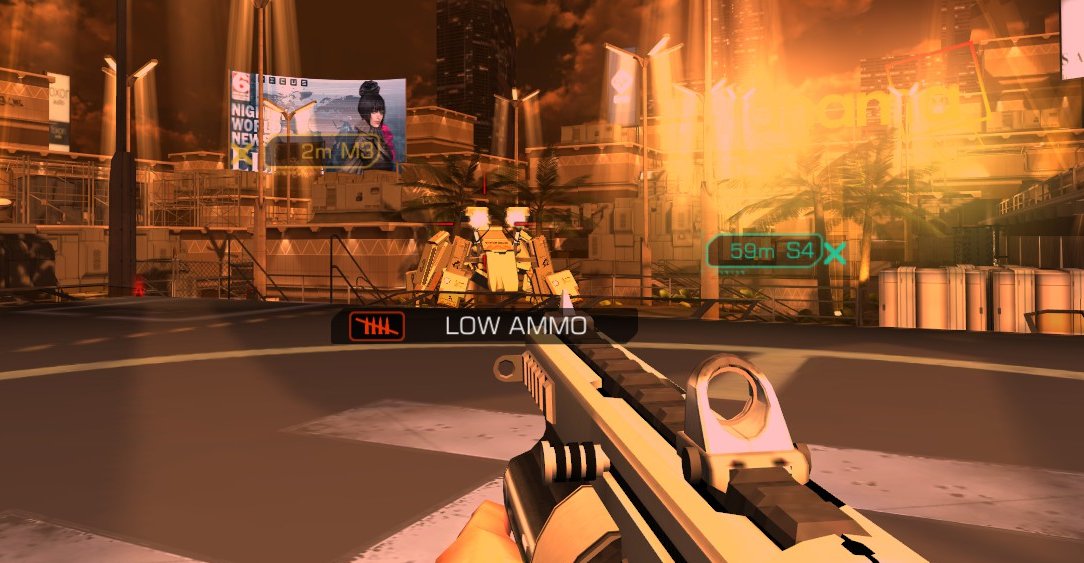 Deus Ex: The Fall, a prequel game to Human Revolution released first for the iOS devices, is an impressive technical achievement. It’s a mobile stealth shooter that, despite the limitations of the platform it was designed for, looks and plays a lot like a console or a PC game. It (imperfectly) translates the mechanics meant for mouse and keyboard or a gamepad to touchscreen and it imitates the distinct visual style of Deus Ex: Human Revolution, even though it’s meant for devices with much weaker graphical capabilities. 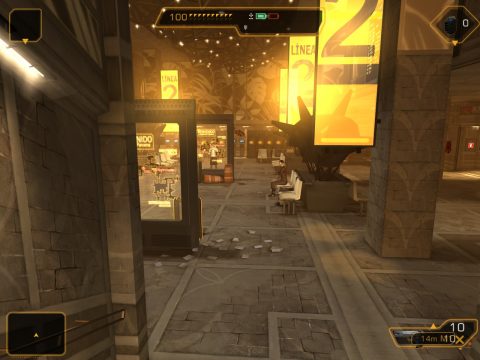 Unfortunately, Deus Ex: The Fall isn’t a very good video game. The quality of textures, models and animation had to be decreased, which is a necessary compromise given the hardware limitations, but is not enough to ruin it. What really hurts the game are the inaccurate, unresponsive controls, levels so small that it’s not hard to just blaze through them (especially with invisibility augmentation and plentiful energy-restoring items) and some really questionable design choices.

A lot of this is of course the result of trying to translate the game to completely different systems, but some of the problems could have been avoided if the game was not built around the most hated element of the mobile gaming: microtransactions. A lot of the tension in Deus Ex games is related to inventory management: the need to conserve or find ammo (with combat-heavy areas often having no way to buy or sell anything) and the limited space to hold all the items. In The Fall, the player has access to the shop at all times and there’s no inventory limit – but most of the items are too expensive to buy with in-game currency during the standard play length (especially given the game’s short length), meaning that to buy them you need to use real money. The PC version removes microtransactions but keeps the design, so those items become basically inaccessible unless the player finds a way of grinding money.

The story of The Fall starts out promising, despite the wooden voice acting: the protagonist this time is Ben Saxon, an augmented mercenary who after surviving a disastrous operation becomes involved with The Tyrants, a black-ops group to which the bosses from Human Revolution belong. After finding out that his failure was arranged by The Tyrants, he defects and hides in Costa Rica until he runs out of anti-rejection drugs. In search for a reliable source of the medicine, he must go to Panama (a small hub area and the location of all the non-tutorial portions of the game). The game hints at a larger plot concerning the medicine, its generic replacement, the companies that produce it and of course the conspiracies (with the obligatory appearance of Bob Page from the first Deus Ex) but it never goes anywhere – probably because even despite the fact that most of the game is expository dialog, it still can be finished in about two hours. The game ends on a cliffhanger but it’s hard to tell if the story will ever get continued – and it’s hard to care given how little detail is given to the characters and their motivations (which is a huge wasted opportunity given that Human Revolution didn’t reveal too much about the bosses either).

A lot of the criticism of The Fall has been geared towards the quality of its PC port. While the game was subsequently patched to fix the most glaring flaws like not being able to change keybindings, it’s still rather obvious that this release was an afterthought. The computer version is extremely buggy, with bad hit detection, clipping and scripting bugs that should’ve been fixe before release. It’s even possible to get the achievement for a pacifist run even after blasting most of the people in Panama with a shotgun. 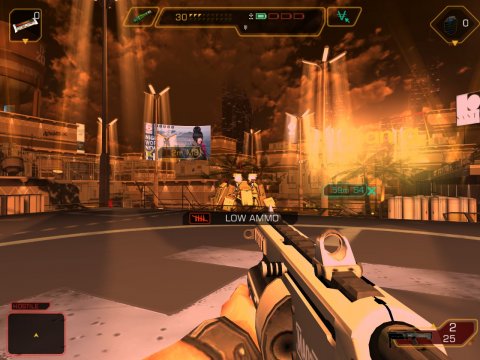 As amazing as it is that something like The Fall could be created for mobile devices, there’s just not much to it. It’s a game that replicates many problems that mobile games have without bringing in most of the strengths of its PC counterpart. All in all, trying to bring PC/console action game experience to phones and tablets is futile given the differences in both controls and raw computing power – thus, The Fall pushes its platforms to the limit, but doesn’t deliver a good experience. To actually get a good Deus Ex game on iOS and Android, a creative solution is needed instead of a technological one – maybe translating the game into a 2D top-down stealh-shooter, maybe turning it into some sort of turn-based stealth/RPG hybrid. As it is, The Fall cannot be recommended even despite the low price tag and short length.