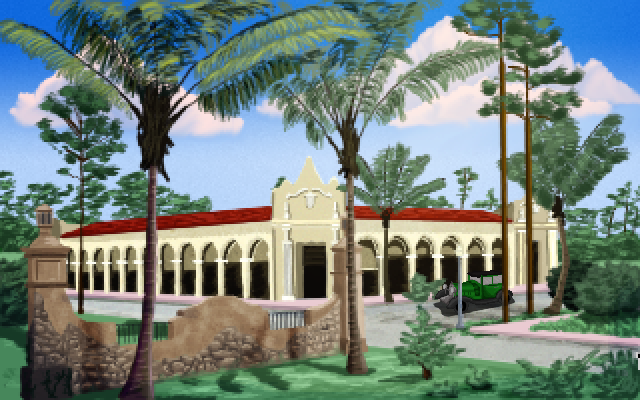 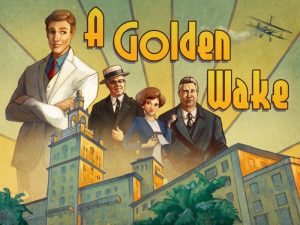 A Golden Wake is one of the more interesting and out of place releases on Wadjet Eye’s list. This may very well be the game that lead to Francisco Gonzalez finally joining the company, with the studio he developed this under, Grundislav Games, sharing familiar Wadjet Eye talent for a long time, even making a parody game of their Blackwell series and letting sprite artist Ben Chandler star in his own adventure (yes, really). What makes it stick out so much is that while it’s still pulpy and very much a throwback to old point and click adventures, it’s also notably very un-game like in its narrative. Instead of solving a mystery or exploring a futuristic dystopia, A Golden Wake is about the 1920s Florida real estate boom. 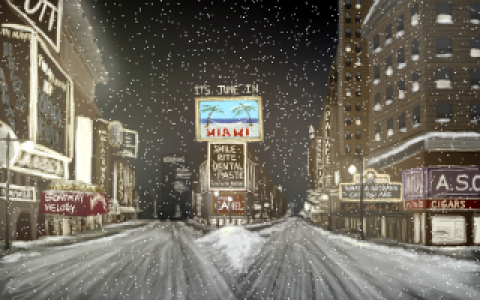 You control one Alfie Banks, a successful bank employee. Or, rather, was a successful bank employee. He’s fired after his co-workers frame him for theft, angry that he actually suggested which of them should be fired with their boss asked in private. He doesn’t take it well, but opportunity soon knocks as Alfie hears about the Coral Gables project in Florida manned by one George Merrick, a real estate upstart gathering talent from all around to sell land like mad and prepare for some huge, mysterious project. Alfie quickly becomes the key player in the whole affair, but his own inner demons don’t let things stand as is. What follows is a slow descent over decades as Alfie helps bring the project to fruition, but finds himself dissatisfied with the whole affair.

This is almost entirely Gonzalez’s show, down to art direction and writing, and it lends the game a flavor other Wadjet Eye titles lack. While Chandler does great sprite art filled with detail and a bit of an exaggerated flair, Gonzalez sticks to a more realistic, stiff style that fits the material here better. His character portraits here are even mostly traced out from real photos (as is shown off in the credits), adding to the idea that you’re an observer to something that really happened (Alfie’s involvement being the fictional element in all of this). He also has a different eye for color, using flatter colors and lighter, more natural shades. It gives the game a more casual feel, and the heavy use of yellows, greens, blues and grays really fits the old Florida setting like a glove. The jazzy soundtrack from Peter Gresser, former Blackwell and The Shivah composer, just completes the package.

The game also has a notably abnormal structure, telling a story over several years and focusing on little moments and minigames. They range in effectiveness, with the air show being the lowest point because the game is unclear as to what it wants you to do, and failing it over and over until you understand it sucks some of the excitement from the scene. Still, none of these are bad, and quite a few manage to be a breath of fresh air. The selling conversations are easily the mechanical highlight, intimate sales pitching inspired by Deus Ex: Human Revolution and L.A. Noire. They take some ideas from said games, including reading changes in facial expressions and picking multiple dialog options with different tones and points, in order to convince people to do things your way. Failing them also isn’t a lose state outside the final confrontation, but instead require you go through longer paths. It’s a clever way to handle punishing the player in a point and click, prolonging the story a little and robbing you of feeling clever for your accomplishment if you don’t read the target properly. The most striking thing about all of this is that the story on display isn’t about broken people or lost heroes finding their way as is usual for Wadjet Eye. Instead, A Golden Wake is a tragedy. Alfie is a fairly despicable person in many respects, and not just because he’s a salesman with ambition intruding on people’s lives. Where Merrick is portrayed as an optimist trying to do something great, giving thousands of people better lives in the process, Alfie is in things for selfish reasons. No matter what motivation you choose during the interview, it becomes clear that Alfie is really looking for validation, tired of working all his life without a show of gratitude. He’s taken for granted, and instead of finding satisfaction in his own work and those who’s lives he changes, he begins to resent everyone around him for not giving him his due or even not meeting his personal standards of hard work. It’s an incredibly well told story, making great use of real life events to create a strong character piece and putting players in an intimate mind space for its biggest moments.

It’s overall a fantastic title, but it does have one crippling flaw. The real life George E. Merrick has been defied as this infinite source of hope among the citizens of Coral Gables, the city he founded, but digging a little shows that he was shockingly racist, going so far as to take part in planning a possible makeshift series of towns for African Americans to drive them out of the Miami city limits (p.329). This bit of information is attributed to several sources, including official Miami board meeting minutes, but this collected information was apart of a 1995 book about a far wider subject that just George Merrick himself. This bit of information only came to greater light after the book in question was cited on Wikipedia a few months before A Golden Wake released, and Gonzalez didn’t have enough time to make any changes and address that aspect of the real man. 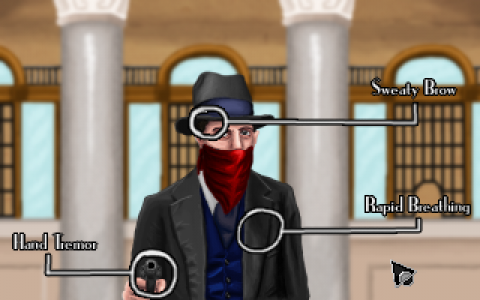 The rest of the game was extensively researched, including the appearance of populist evolution denier William Jennings Bryan in one of the game’s most amusing scenes, but history is a complicated minefield recording the actions, words, and thoughts of real, flawed people. Historical fiction is a difficult genre to play with for this very reason, as you never know what unknown dirt you didn’t know about will come up before you can address it. However, this doesn’t invalidate what the game tries to do.

You could compare A Golden Wake to the legend of the Alamo. Despite the glaring falsehoods and misunderstandings, both tales have real, emotional truths within them born from the events they center around. While the Alamo was a complicated affair in reality, roughly 200 men did die there fighting impossible odds for what they believed in. That one truth became the basis for a story that taught many a Texan child the importance of standing up for what you believe in and to question and even go against authority when necessary. This is what A Golden Wake ends up doing as well, except it uses the truth of what the founding of Coral Gables did for so many to create a tale about the importance of optimism and finding value in simply the act of doing good for others. It is not the absolute factual truth, but the story is tells is powerful none the less. 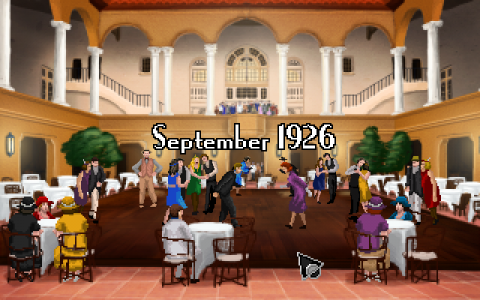 Myth and history are closely related and must be pulled apart and examined as we grow as people, seeing the good and bad in the stories we’ve been told and learning the factual past for avoiding old mistakes. However, they don’t invalidate each other, History informs myth, and myth shows meaning in history so anyone can understand. Neither should replace the other, but there is a place for both. It’s debatable just how strong A Golden Wake stands on its own with the truth out there about a subject it practically worships, but at least the story of the fictional Alfie Banks and his own journey help carry that burden quite well.