It’s been talked to death, but it bears mentioning that probably nothing will ever quite match the weirdness of Twin Peaks. And perhaps that’s for the best. But what Mark Frost and David Lynch did on that show in the early 90s has inspired a legion of spiritual successors across an array of media, showing off a range of quality and success. From high-profile productions like The X-Files, LOST and Alan Wake to inscrutable experiments like Dark Seed 2, Deadly Premonition, and Hemlock Grove, you see pieces of its influence here and there, but never anything as unapologetically weird as the source. 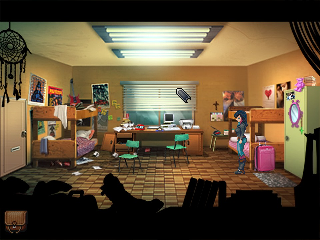 You can pick apart Twin Peaks‘s weirdness to explain its appeal: Lynchian surrealism, the uncanny Pacific Northwest, the piercing, atmospheric, Angelo Badalamenti-scored mystery. Inevitably though these aspects can be rolled up into the simple fact that it is so delightfully strange, bizarre, quirky, synonyms ad infinitum. It is weird. 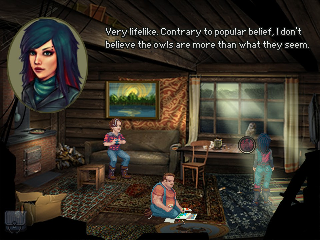 Clifftop Games’ Kathy Rain isn’t a direct rip-off of the Twin Peaks formula, but it is transparent about its roots in Frost and Lynch’s creation. It is a modern point-and-click adventure with an artistic direction quite similar to the work of Ben Chandler, of Wadjet Eye Games fame. Yet where Wadjet Eye typically deals with cyberpunk, science fiction and urban fantasy stories, Kathy Rain is much more grounded in the Twin Peaks weird of small town Americana. 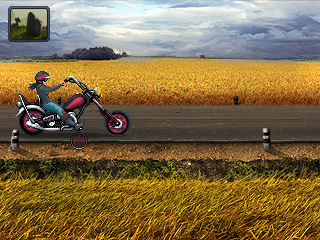 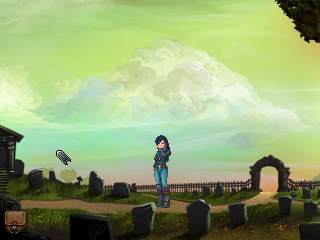 Set in the small rural American town of Conwell Springs, Kathy Rain is a detective mystery infused with surrealism and occultism. The eponymous Kathy Rain is a journalism major with, well, some rough edges to say the least. Her only real friend is her roommate Eileen, a friendship which works despite Kathy’s aloofness and mostly due to Eileen’s assertively kind personality. Kathy returns home to Conwell Springs to investigate the death of her grandfather Joseph Rain. While his death has been chalked up to natural causes, something just seems off in circumstances. Kathy becomes suspicious and explores the town, discovering that Joseph left a trail of evidence revealing something sinister bubbling under the surface of this humble community. Faced with mounting clues of corruption in the town, Kathy grows ever more determined to blow the lid off this mystery. 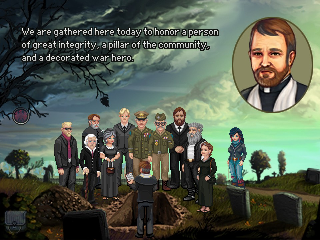 The narrative is fueled by two occasionally intertwining strains: 1) A Lynchian detective story about the darkness beneath a mundane town; and 2) A character-driven story about Kathy herself, a strong woman coming to grips with her troubled past. As the subtitle of the game, A Detective is Born, suggests, both lead to the same conclusion: the birth of a detective. It is the story of Kathy finding her purpose and finding herself, coming of age, etc. Side conflicts and story arcs occur along the way concerning women’s health, broken families, friendship, loss and mental illness occur, but all work to build up Kathy’s character and her solving of the mystery. 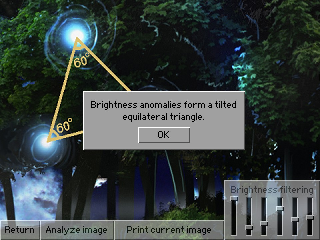 Kathy, as a character, is a mixed bag. She exists firmly within the early 00s “tough chick” archetype. Hästö has cited Veronica Mars, Buffy Summers, Ellen Ripley and Lisbeth Salander in particular as influences. Pack of cigarettes always in hand, decked out in leather jacket, facial piercings and dyed hair, riding her chopper across empty highways. She has a “don’t screw with me” exterior which she fronts maybe a little too much, as some dialogue can get a bit cringe-worthy, similar to Chloe from Life is Strange. 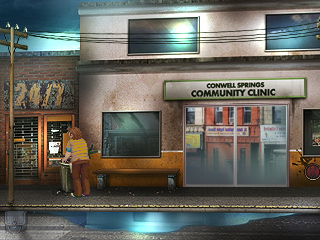 There is the impression of the writing trying too hard to get her misanthropic side across, as she hammers sarcastic quips and snide remarks home a little too often. Nearly every description and casual comment is delivered with a presumed side-eye. That said, her backstory is interesting, traumatic but rarely in an exploitative way. Only one character twist toward the end is poorly executed, that adds little to her character arc and honestly doesn’t fit with her personality. 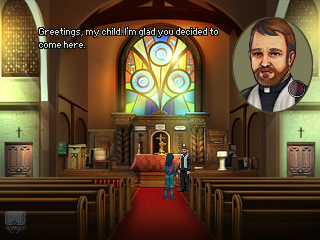 Kathy is well-characterized and ultimately a thoughtfully developed character. Suffice it to say though that the sardonic, rose-with-thorns female protagonist has been played out in both point-and-click adventure games (April Ryan, looking at you) and the detective genre alike. That’s not to say these narratives shouldn’t make use of the archetype. Rather, writers should consider using these characters in ways that play with the tropes rather than run with them straight. 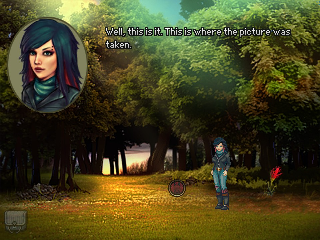 The development of Kathy Rain began without much of a clear direction. It was set in the 90s for the sake of nostalgia, in order to honor the weirdness of an era where the Queen of England watched Twin Peaks and point-and-click adventures weren’t a niche genre. The game took form slow but steady, its shape haphazardly morphing as plot alterations and scheduling problems arose. Despite this, Kathy Rain always firmly centers on its protagonist and the uncanny locales of Conway Springs. 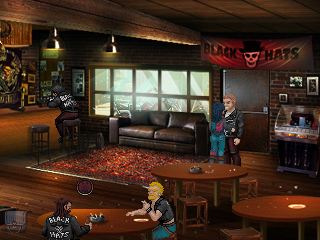 The music, composed by Daniel H. Kobylarz, is wonderful and fits perfectly with the game’s atmosphere. Somewhere between Akira Yamaoka, Angelo Badalamenti and Stranger Things‘ composers Michael Stein and Kyle Dixon, it incorporate influences from grunge to chill-hop in order to absolutely nail the game’s vibe. Most tracks are at once relaxed but eerie, communicating the feeling of being safe in one’s hometown while simultaneously suggesting darker undercurrents. 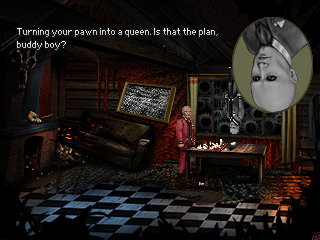 The puzzles in Kathy Rain are solid if somewhat unremarkable. There’s a grey area between good and bad puzzles in adventure games, where sometimes infamy can work to your advantage. The goat puzzle in Broken Sword: Shadow of the Templars, for example. But only when puzzles click fluidly within the narrative and are still challenging enough to be memorable should they technically be considered “good”. Kathy Rain‘s puzzles aren’t intuitively challenging enough to be memorable, but not so obtusely difficult as to be notorious either. To be fair, despite the detective premise the narrative actually doesn’t lend itself terribly well to puzzles. The design is solid though. Not terrific, not an outstanding example of puzzle implementation in , but it does more right than wrong. That sums up the whole game – pretty good, just little to make itself stand out.