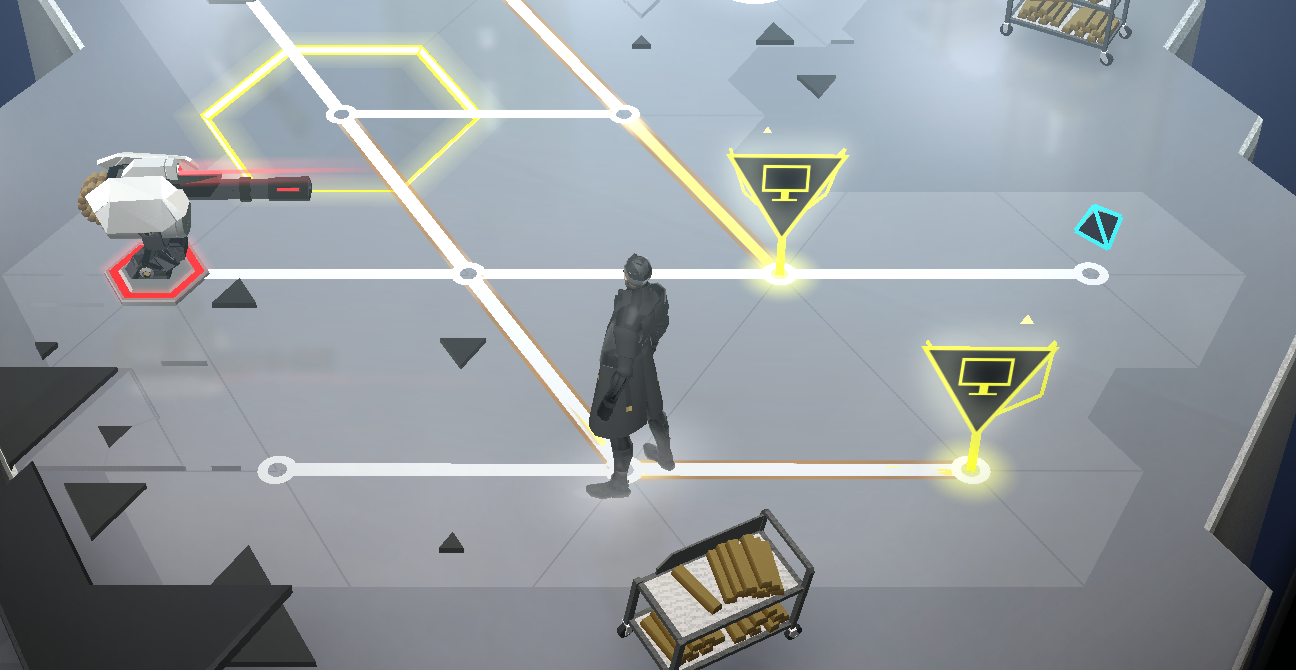 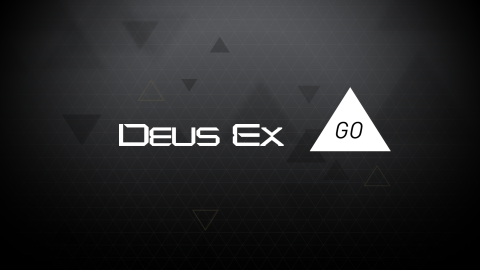 Mobile spin-offs of AAA games have typically been a sketchy thing, as developers often attempt to cram something vaguely resembling console/computer experiences into a tiny phone. Deus Ex even attempted this with Deus Ex: The Fall, with middling results. Instead, Eidos first tried something different with Hitman GO, which re-envisioned the basic mechanics of the stealth assassin game in the framework of a turn-based puzzler. It was both smart and successful, spawning subsequent similar games with other Eidos properties, including Lara Croft GO (Tomb Raider) and Deus Ex GO, the latter of which was created to publicize the release of Deus Ex: Mankind Divided.

The story is set up through dialogue between Jensen and Miller, along with some other characters from Mankind Divided, as you infiltrate various buildings and facilities to uncover a global conspiracy. Typical Deus Ex stuff, of course. Despite technically being a tie-in with Mankind Divided, both the visuals and the music perfectly capture the aesthetic of Human Revolution, right down to the yellow filter used in the first batch of maps and obsession with triangles. 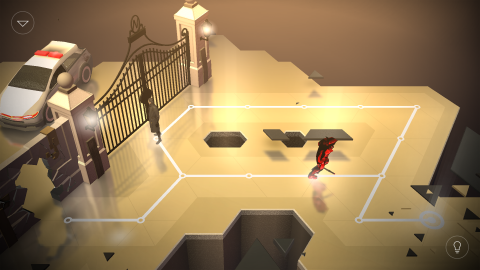 Every map is presented as a series of hexes, connected with lines. The object is to reach the goal, but there are various obstacles to be dealt with, including guards, turrets, robots, and other hazards. Human guards will run towards you if they see you, but only in a straight line, after which they’ll turn around and run back. Turrets are nastier and will gun you down as soon as they spot you. You can attack and destroy these by attacking from behind or the sides, as long as they can’t see you. Weirdly, human enemies cannot be killed if they’re in alert status, even if you are approaching them from the sides. There are also two types of robots; easily-disposed-of tiny guards, and largely walking mechs, who are particularly nasty because they can see through you when cloaked. Since the game turn-based, enemies will only react when you move.

At the outset, Jensen is not armed with any guns, only a short range baton, so his only real weapons include stealth and hacking. Some levels have power-ups that turn him invisible; these can be activated at any time but only last for two moves. Computers can be used to re-route circuits, in order to either take over turrets or de-activate trap nodes, which will block movement or kill anything standing on it. Enemies can not only block circuit paths but also de-activate any hack if they come in contact with it, leaving you vulnerable if you happen to be standing on the wrong place when this happens. As a result, you spend a lot of time figuring out how to lure enemies into certain positions so you can perfectly execute your plan. It can require a bunch of trial and error, but as long as you don’t do anything stupid, you can get by without getting attacked. There’s no “undo” button, but even if you are killed, you just restart the stage. None of them are too long, and can be beaten quickly if you know what you’re doing. 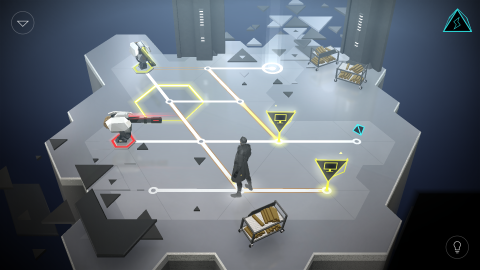 There are 54 levels total in the main game, which can last a good number of hours, depending on how adept you are at puzzle solving. There are a few in-game hints, and more can be purchased via microtransactions, though obviously if you’re on a phone, you can just easily access any one of numerous walkthroughs for free. It also does a good job of introducing new elements to the gameplay, like the mechas and additional uses for your cloaking device, so it keeps the puzzles interesting throughout. And every seven maps or so, it changes to a new location with a different color scheme, to keep the visuals fresh. There are also weekly challenge maps, including some where you control Pritchard from Human Revolution, though he plays the same as Jensen. These cycle every week, though you can access previous weeks by changing the date on your mobile device. Additional bonuses can be obtained for beating maps under certain conditions. You can also unlock Praxis kits for Mankind Divided when you beat certain goals, though this only works if you have a Square-Enix account, and only on the PC and Xbox One.

Deus Ex GO is probably the best of the GO series – the hacking in particular gives it a different, more challenging feel than the others, plus it looks and sounds faithful to the main games.