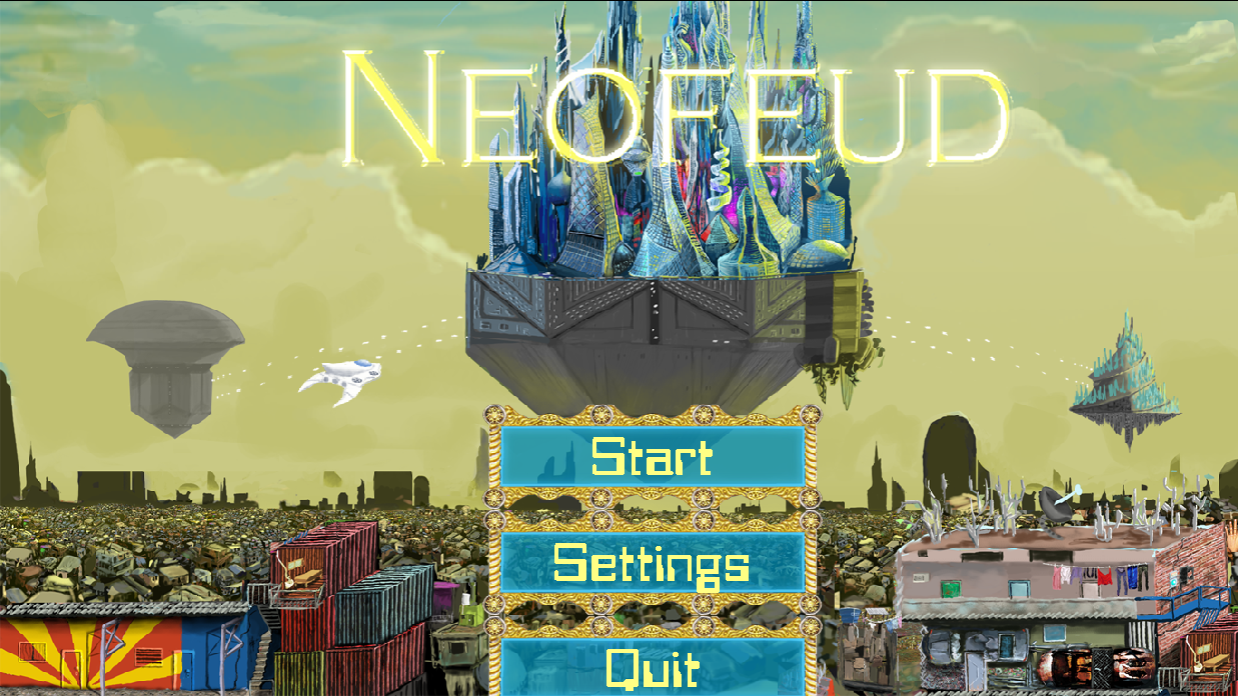 You want some real cyberpunk? The big budget gaming world ain’t doing it for you and you already played all the Shadowrun games? Good news, the indie scene is full of these games, but only a handful really stick to the themes and ideas of the genre. Neofeud, a game by native Hawaiian and former social worker Christian Miller, is probably the most “punk” of all of these cyberpunk games, though you wouldn’t think so at first. 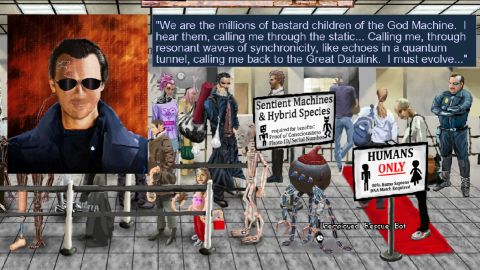 The game has a weak first impression, with its absolutely jarring art style that looks like a mess of drawings slapped together. Karl Carbon, the lead, is a jaded social worker stuck in a hostile and poorly funded system in a cyberpunk dystopia trying to do good, even when threatened with a gold uzi. Supporting lead Proto-J talks like a 2000s era stereotype of a “gangsta” rap obsessed kid, with some of the worst dialog in the game. You get hit with an absolutely baffling info dump at game start as the villains talk about roughly a dozen things you have no context for with very flowery and detailed language. It doesn’t really gel at first, but it slowly grows on you as you explore the system of the new feudal world and the wealthy who run it, taking part in a big conspiracy to change the power structures of the land. When the game reveals its big series of twists, it finally comes together, and the punk soul comes through. 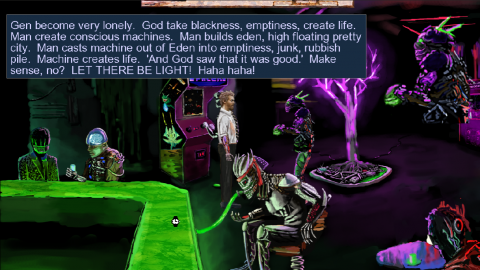 Neofeud is a solid point and click, with a series of interesting set-pieces, amusing bits of dialog, and well paced out puzzles that are satisfying to solve. What makes it special is that its politics and themes are extremely on point, despite Miller’s poor dialog and voice acting choices with Proto-J. He made the vast majority of the game, from the art to the surprisingly strong score, and that gives the game a rawness that really pays off when all of the on the side commentary becomes the entire focus of the story. Neofeud sees where we are right now, the political and economic dynasties crushing the world around us by people who only exist to consume at any cost, matching spite with bitter hope. 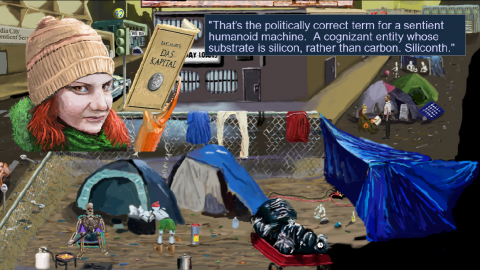 With the direction the world is going, Neofeud is probably only going to become more potent as the years go on. It has depth and power you wouldn’t expect from its poor start, a soul few games quite match in terms of justified rage, weariness, and desire to make things better. It’s a game that makes you want to get out and do something, even if just help out your neighbors in a tough spot, to try and make a better world for everyone, no matter how impossible it seems. Miller also has a sequel in development, consider becoming a Patreon backer if any of this interests you.