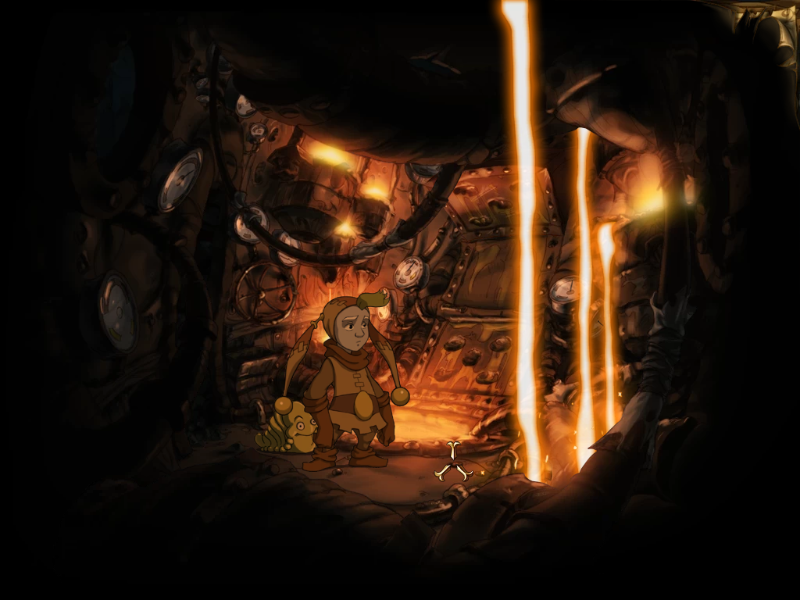 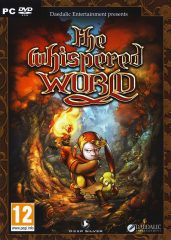 The Whispered World originally started life not at Daedalic, but as a 2004 academy project by one Marco Hüllen that was picked up by Bad Brain Entertainment, which unfortunately went under. The unfinished version ended up becoming freeware, but 2007 had Daedalic pick up the license for the game and let Hüllen finish his baby. The game finally released in 2009 as one of their first in house releases, earning the 2009 German Game Developer Awards for best story and best German game of the year. It has become one of Daedalic’s major foundation builders, partly because of Michaelis’ involvement (Edna & Harvey, Deponia), and partly because of the shockingly sincere and emotional thematic core that was rare from the studio at the time. 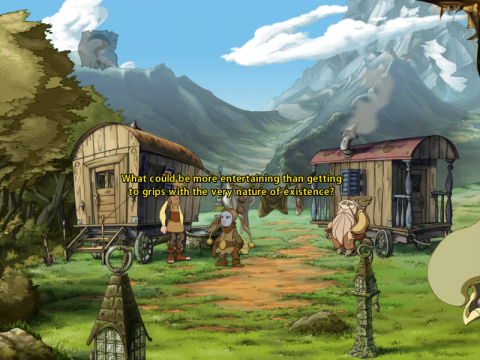 You play as Sadwick, a depressed clown who hates his job and wants to do something more significant, like discuss philosophy or act in a play. However, he currently has bigger worries on his mind, like a white orb with a mouth screaming at him in his dreams that he’ll bring an end to the world and later hearing a prophecy confirm that. Desperate to fight against fate and save the world, Sadwick goes on a journey to see the king with his pet caterpillar Spot and cure him of whatever illness he has to bring the dying world back to life, with an army of monsters hot on his trail.

Michaelis’ worked as a script and dialog writer for the title, and his influence can be felt far and wide, showing signs of his later work on Deponia and its absurdist commentary. Sadwick is presented as the only sane person in a ridiculous world, where artistic or intellectual merit is always sacrificed for self-interest. However, his depressed state has left him unable to really do anything positive with his own life, up until he finds out that the world may be ending. The dialog is easily the game’s greatest strength, filled with dark humor and some satire breaking down fantasy tropes. The game starts with a tad too much, with Sadwick’s family repeating information in conversations, but it eventually picks up once you meet the seer. Much of the cast is also creative and fun to just talk with, like the living rock brothers who want to take over the world despite being unable to move. 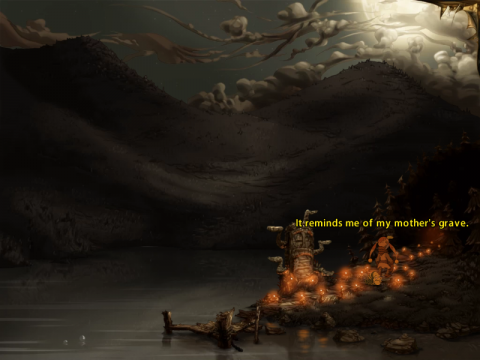 What makes the game something special is what it reveals in the last scene. Without giving it away, the sequences with people who refuse to progress or are not allowed to thanks to absurd orders carry a new weight to them once you discover why the world is ending and what the whole point of the story is. It’s very clever and ends the game on a raw, real note that feels completely earned after everything Sadwick had to go through, crafting a story about the scary but ultimately inevitable nature of change. It almost makes up for the poor character design, with cut-scenes looking like something you’d see in a 90s church cartoon. The voice acting is also wonky, as to be expected from early Daedalic dubs, but Sadwick’s pathetic, whiny voice ends up working in the long run and starts to become endearing after awhile. Granted, that’s only because of his sad clown persona framing it.

As for puzzles, the game includes an interesting gimmick to keep things interesting via Spot, Sadwick’s magical shape-shifting caterpillar. As you have him do different acts, like drink water or get flattened, he gains new forms you can switch between whenever you like, and he’s central to a ton of puzzles. He even gets his own solo sections where you have to manipulate his various forms and figure out what you can and can’t do to move on. It’s a nice bit of logic puzzling rare for Daedalic’s early output, and much preferred over their usual mini-game puzzles. Spot even doubles as a world-building element, establishing early on that anything and everything can and will happen. 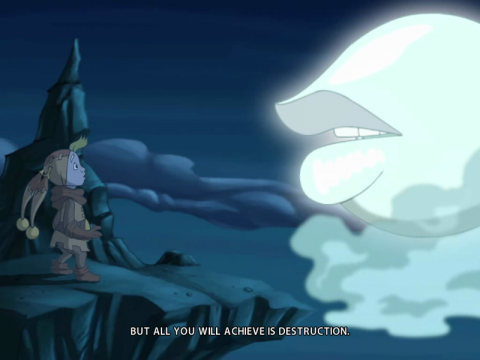 The only major problem here is that the game takes awhile to get going, thanks in part to very little happening during the first chapter. After that, the major story beats in chapter three go by fast, while two feels like it’s biding time with some good filler bits that don’t add a great deal to the main story. The narrative feels like its spaced out unevenly, and it wears a little, despite how well fleshed out the world is and how fun it is to be in it. One more chapter between two and three could have solved at lot of these issues, but as it is, the game feels like it moves both too slowly and too quickly.

The Whispered World certainly isn’t a fantastic game, but it’s constantly on the verge of being great. It has a life to it all its own, and presents an ambitious story that the team may not have been ready to tell just yet. However, they would try again nearly a decade later with one of Daedalic’s most impressive looking in-house projects yet.