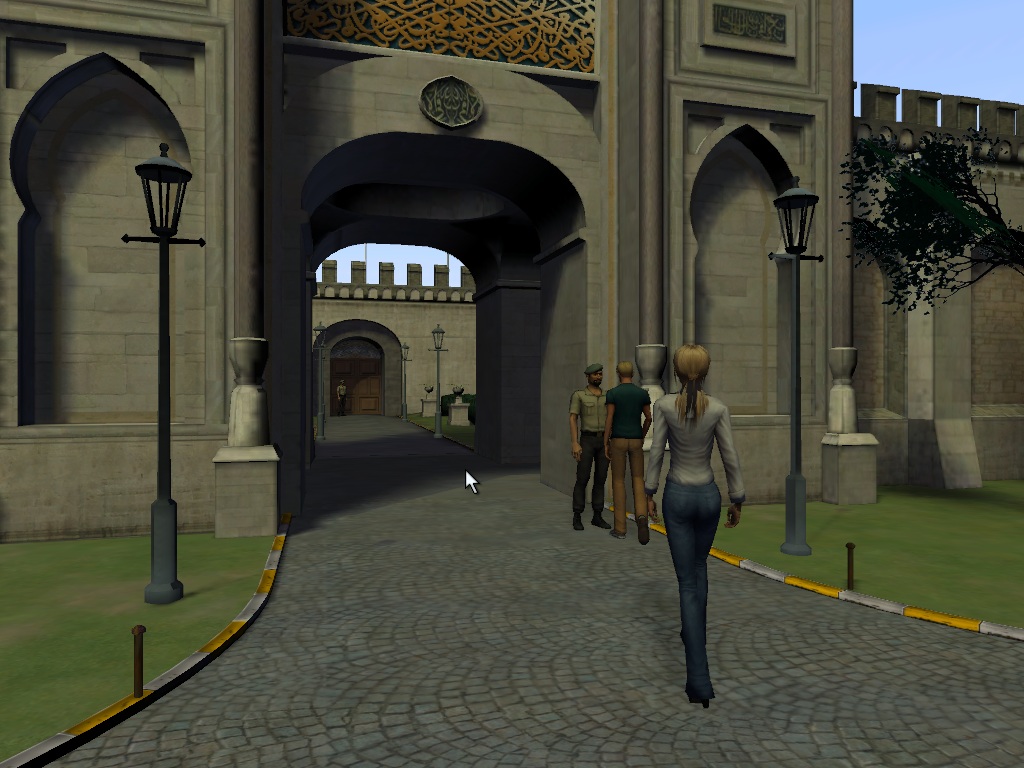 Broken Sword: The Angel of Death / Secrets of the Ark: A Broken Sword Game - Windows (2006)

By 2006, Revolution Software had been reduced solely to Charles Cecil, but that didn’t stop him from hiring up a few old folks as consultants and developing the fourth Broken Sword game. Subtitled as The Angel of Death in Europe, and known as Secrets of the Ark: A Broken Sword Game in North America, this most recent entry was actually outsourced to Sumo Digital, the British development house who’s mostly known for working with Sega on their tennis games. Once again, it’s fully 3D, but it’s a bit of a return to form, bringing back the cursor-based interface and ditching some of the more annoying puzzles.

The story begins with George having separated from Nico once again, this time having ended up in New York City and reduced to work as a bail bonds clerk. On a rainy night, George is visited by a young woman named Anna Maria, who seeks his advice in deciphering yet another old manuscript. Trouble follows her, though, as George and Anna Maria are forced out by a group of mafia thugs, who have their own plans. After retrieving and analyzing the manuscript, the duo are led to Istanbul, where they discover a golden statue beneath the palace. Unfortunately, the next day, George wakes up to find both the statue and Anna Maria missing, and furthermore, gets tossed into a Turkish prison. Through some fantastic coincidence, George meets up with Nico – disguised as a nun, with a different haircut and yet another voice actress, with a less pronounced accent – and set off to find both the statue and the missing girl. Their adventures will take them to a monastery in Rome, a strange laboratory in Phoenix, and the bowels of the Vatican, as they discover another group of people set to destroy the world. This time, they seek the power of the Lost Ark, to unleash the plague that Moses cast upon the people of Egypt – otherwise known as, of course, The Angel of Death.

While the basic plot isn’t terribly different from Raiders of the Lost Ark (minus the Nazis), there are enough twists and turns to make it stand out on its own. The narrative isn’t without its problems though. The opening segments are quite boring – it takes far too long to escape from the bail bonds building – and the game really doesn’t pick up until Nico joins about a third of the way through the adventure. And then there’s Anna Maria. She’s obviously meant to be a new love interest for George, but despite her motivations, she’s really little more than a nice body and a pretty face. In other words, she’s no Nico, but at least the tensions between the two girls lead to some interesting dialogue.

Some of the stronger humor elements from the first two games have made it back, which is definitely welcome. One of the first thugs you face is a bizarre Elvis impersonator, the local mafia thugs have a strange fixation on salami, to the point where it appears on their gang tattoo, and one of the most interesting folks is a priest obsessed with action movies. (Also, apparently In Cold Blood, an older action-adventure game by Revolution Software, is an action movie in the Broken Sword universe, which is a fun little reference for fans.) You even get to run into Duane at one point, however briefly. It’s still not as funny as it could be, although the writing is otherwise pretty decent. And while the endings of the previous Broken Sword games have always felt a bit rushed – defeat bad guys, everyone hugs, credits roll – this one is even worse, with only the vaguest of resolutions. 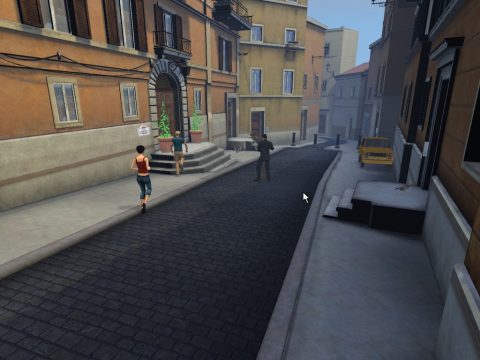 While fans may champion the return of the point and click interface, it doesn’t work nearly as well as it should either. The pathfinding is terrible and the sudden camera changes make maneuvering more difficult than it should be. There’s still an option to move with the keyboard, but it’s also clumsy and hardly manageable. Most of the more annoying bits from The Sleeping Dragon, like the box puzzles and the reaction segments, are gone, although there are still a few stealth segments. In their places are regular inventory puzzles, as well as several hacking mini-games. One of George’s greatest tools is his PDA, which can be used to jack into certain computers, as well as make phone calls and access historical databases, which not only provide extensive background but are also required to solve certain logic puzzles.

Despite the three year difference between The Sleeping Dragon and Secrets of the Ark, this game somehow looks worse than its predecessor. On a technical level, it’s a bit better, with improved character models and such, but the backgrounds are incredibly drab, the lighting effects are gone, and the animations are a bit worse. It’s also quite glitchy at parts, and the seams in the programming are quite apparent. Strangely, they ditched the past-tense narration, and you still can’t skip through lines of dialogue. 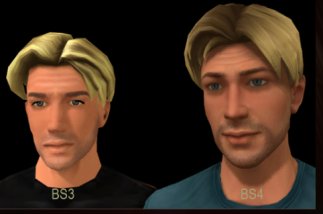 So, even though in many ways it’s a step in a better direction, Secrets of the Ark still suffers from a number of issues. It’s not just the technology though – it’s well written and amusing enough, as usual – but overall it can’t help but feel somewhat uninspired, like it doesn’t really have anything interesting to say. Like many modern adventure games, it’s good to see the genre is still alive, especially in a series so revered as Broken Sword, but merely showing up isn’t enough.