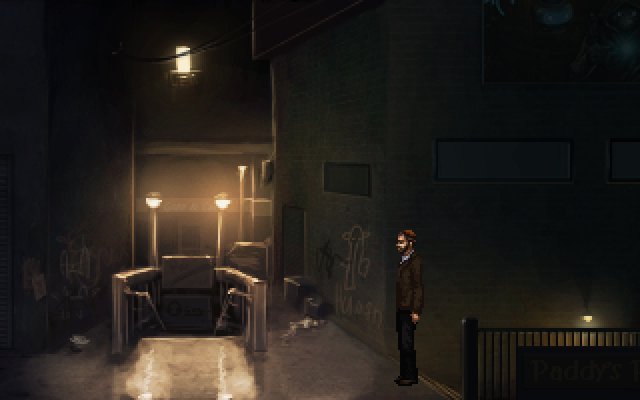 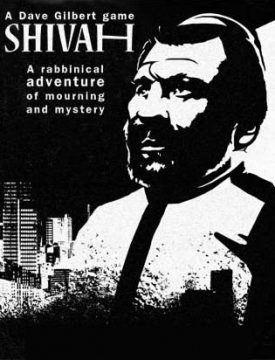 Rabbi Russell Stone is in a bad place. As the leader of the B’Nai Ben-Zion synagogue in Manhattan, he’s become bitter and morose, delivering gloom and doom sermons that have scared away most of his followers. The temple is falling apart, bills are piling up, and there seems to be no escape. Feeling overwhelmed in his loss of faith, Stone quits mid-sermon, unceremoniously dumping his only attendee. But then the unexpected happens – a police offer pays a visit, questioning the rabbi about a man named Lauder who has been brutally murdered.

Amazingly, Lauder has left Stone’s synagogue with a large sum of money, more than enough to fancy up the place. Unfortunately, this has also implicated Stone as a possible murder suspect. The rabbi is quite confused – Lauder had long departed from the temple, and their relationship didn’t end on good terms. Deeply unsettled and unwilling to take money tainted with blood, Stone decides to investigate the murder for himself. His first step is to visit Lauder’s widow under the guise of a Shivah call, the Jewish ritual of mourning. Thus begins a tale of death and betrayal that brings Stone up against members of his own faith, as he continues to question his own beliefs.

The whole “rabbi as a film noir detective” thing might sound like a setup for a lousy joke, or at least a Jewish variation of the old TV series Father Dowling Mysteries, but it’s actually played straight here. Due to some really bang-up writing, it tells a story that’s not only gripping but fantastically unique, thanks to its blending with Jewish culture. Rabbi Stone is a remarkably convincing character, wise yet bitter, and easy to anger.

There’s almost no real inventory and only a handful of “clues”, which can be used during questioning. Any of the real puzzle solving comes from hacking into computers by guessing passwords, not exactly something you’d expect a technologically impaired rabbi to do, but it’s effective nonetheless. It’s pretty unsettling going through the rabbi’s accounts and reading all of the cold letters directed to him, each and every one of them having left the synagogue due to his depressing demeanor. Even though it’s technically addressing Stone, they’re all written in the second person, addressing “you” directly, and it’s pretty cold. When you hack into another one of his accounts and read all of the glowing praise, it stings that much more.

The Shivah was developed using Adventure Game Studio, and features a single icon interface. It was originally released free of charge, but after winning the Monthly Adventure Game Studio 5th Anniversary Competition in 2006, was slightly revamped as a “Deluxe” edition. This version includes a few minor changes, as well as voice acting for all of the dialogue. It also includes a “Kibbitz Mode”, where designer Dave Gilbert will occasionally pop up to discuss various elements of the game’s design.

Since this version was largely done by three people, it’s obviously not the best looking game on the planet. The sprites and backgrounds are simple, and would look dated even back in the early 90s, but they work. The jazzy soundtrack is remarkably classy, emulating the film noir movies it pines after, and the excellent voice acting in the Deluxe version is leagues beyond what you might expect.

There’s also a third version, subtitled the Kosher Edition. This remake brings The Shivah up to the level of the later Blackwell games, and includes completely redrawn art (backgrounds, portraits, and character sprites) along with re-recorded music. Nothing else has really changed all that much, but it makes the older versions obsolete.

The only time the cracks start to show are with some of the inconsistent puzzle design. At one point, you obtain two sets of clues – a set of initials, and a name. You need to combine these two clues in your inventory to logically deduce that they’re referring to the same person, and thus open up a new line of questioning. That makes sense. Later on there’s a similar situation where you find two names: a first name and a last initial, and a first initial and a last name. Again, it’s obvious that they’re referring to the same thing, but you can’t combine the clues this way – instead, you’re supposed to type the full name in the computer search engine, which then unlocks the next topic of questioning.

There are three responses during conversations – two options that change depending upon the situation, and a “Rabbinical Response”, which answers a question with a question. There are two fight scenes which play off this kind of logic, although you’re never actually told it, and it’s only ever implied after you’ve lost. It doesn’t really make sense how this somehow invokes some kind of mysterious rabbi strength, but it’s still a slightly clever take on the insult sword fighting scenes from The Secret of Monkey Island.

The Shivah is a short game. The storyline is simplistic enough to fit into a typical hour long crime drama, and there are only about a half dozen locations. There are a few different endings though, depending upon a few decisions made late in the game, and all are worth experiencing. It’s remarkable how well this works given the format – it never overstays its welcome, and it develops its characters enough to invoke quite a bit of sympathy in the short time we spend with them. Despite some design issues, it’s still a well-written, remarkably strong little game, that’s both unique and enthralling, and definitely worthy to stand up alongside the classics. 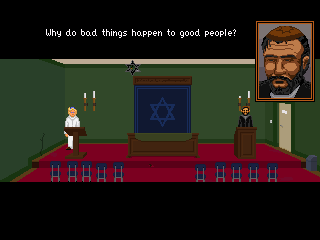 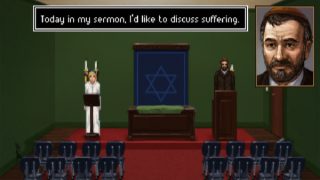