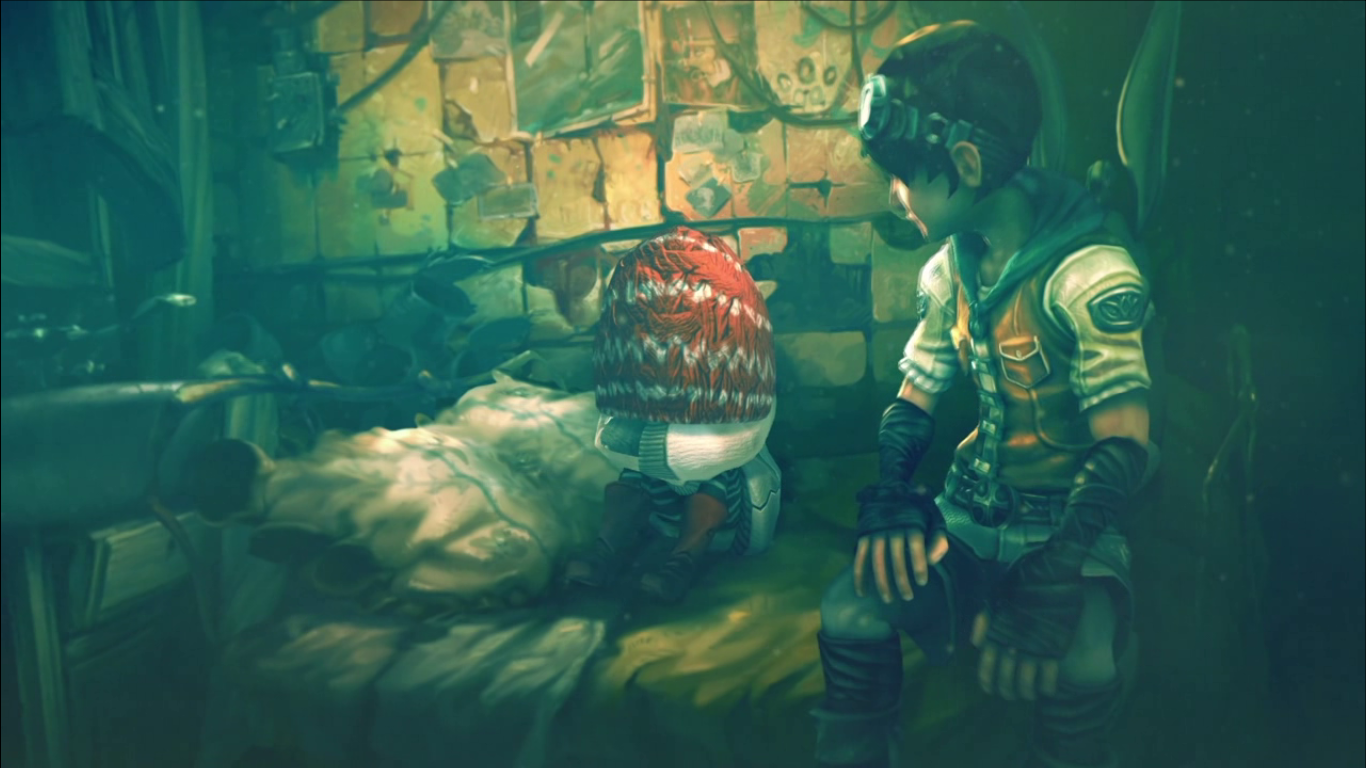 Spoiler Warning: Silence will remain unspoiled, but in order to discuss it, The Whispered World’s big twist will have to be spoiled. You have been warned. 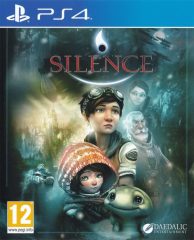 Hüllen remained a regular with Daedalic for years, doing odd work here and there on other titles, mainly animation and concept art. It wasn’t until 2016 that he was finally able to release Silence, a follow up to The Whispered World and easily one of their biggest releases ever. However, unlike Deponia Doomsday (also released that year), Silence was less a continuation of the style of the previous game and instead a complete re-imagining that tried to play with the original ideas in new ways, creating a game that is somehow the exact opposite in strengths and weaknesses to The Whispered World. 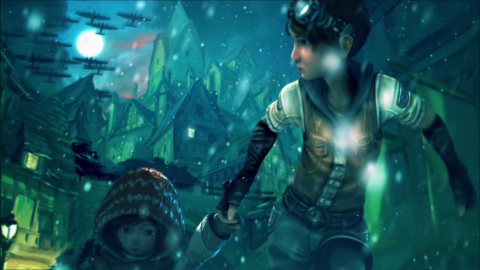 The game starts with Noah, the boy in the coma from The Whispered World who dreamed he was Sadwick, taking his sister Reine away from their orphanage. Their town is being bombed by an enemy army, and the two hide out in a bomb shelter, Reine unaware of the horrible things occurring as Noah tries to keep her calm shortly after seeing his friends get blown apart (it’s not shown but blood is shown on the outside of the shelter after a scene where they’re bombed off screen). He tells her of the world of Silence, where he once traveled as Sadwick, and a bomb hits their shelter. Noah wobbles out from under rubble and staggers back into Silence, where he finds his sister has ended up in as well. Things are different now, though, as a resistance group is trying to fight a false queen and her army of monsters called seekers. With the help of a returning Spot, the two siblings try to reunite and figure out what to do from here.

The first thing you’ll notice is that Silence is absolutely gorgeous, with some of the strongest art direction in point and click history. It looks like a moving painting at times, with lively character designs and breathtaking vistas. The animation matches along with the look as well, filled with smooth movements and vibrant models. The music is also vastly different from the last game, matching the epic, dramatic tone the game is going for. All the heavy moments land and land hard, using harsh subject matter but managing to tell a truly beautiful story with it. Where The Whispered World‘s style failed to match with its ambitions, Silence executes its vision with grace and elegance. 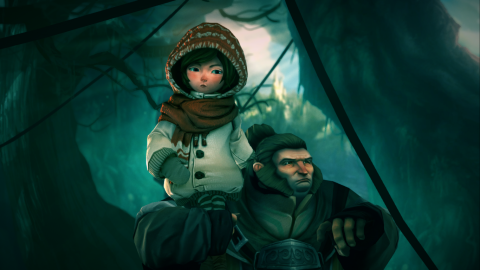 Unfortunately, everything else has suffered significantly. Michaelis is only credited with additional story among a sea of others, so most of the script was handled by different people and Hüllen himself. This works for the dramatic stuff, especially the incredible opening and soul wrenching ending, but comedy and world-building is some of the poorest in all of Daedalic’s history. Spot is reduced to a cute mascot and lacks the slapstick humor that made him stick out before, while the cast lack personality. Noah suffers the most among returning cast, even when he starts acting more like Sadwick, coming across as a jokey videogame protagonist entertaining an audience instead of a depressed kid talking to himself. Kyra, one of the resistance members, also deserves special mention for her defining trait being unending stupidity. Even her white hair subplot ends up being completely unimportant. Dialog no longer feels snappy, just something to fill space, not helped by a lack of characters to actually speak.

Worse yet, the pacing is a mess. While The Whispered World could have benefited from an extra chapter, Silence feels like it’s missing a lot of story. The resistance ends up being pointless to the main story, even symbolically, and we rarely ever see any of the populace. There’s no personality anymore, just the characters moving from point to point to move the story, setting up stuff that never has payoff. It’s strange, because even the plot cul-de-sacs in the first game still had thematic points to make, but that isn’t the case here. 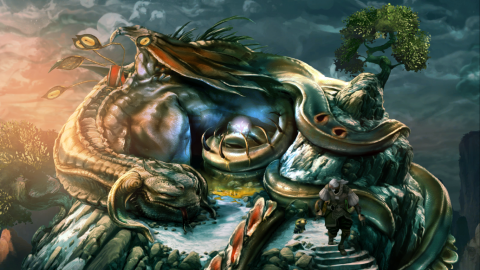 The puzzles have also all but disappeared, with an extremely stream-lined design that doesn’t even require the use of an inventory. Most of the puzzles are simplistic and even have solutions telegraphed, resulting in a game much faster to complete, but feeling emptier. Even Spot’s shape-shifting is downplayed, with only two forms you can use on the fly and everything else coming from the environment. Add in some glitches that completely stop progress, requiring downloading save files from Daedalic themselves to deal with, and the end result somehow manages to frustrate equally as much as it captivates.

All of this leaves Silence in a strange spot. Its beginning and ending are worth a look by themselves, but the meat of the game isn’t there. The end result is like a sandwich where the chef prepared the most delicious bread you’ve ever had, dancing with rich flavors, spices, and garish, but forgot to put anything between the slices. It’s worth a look for that core story if you see it on a good sale, but otherwise it will disappoint.